The Coffee Brand Built by a Bike Community 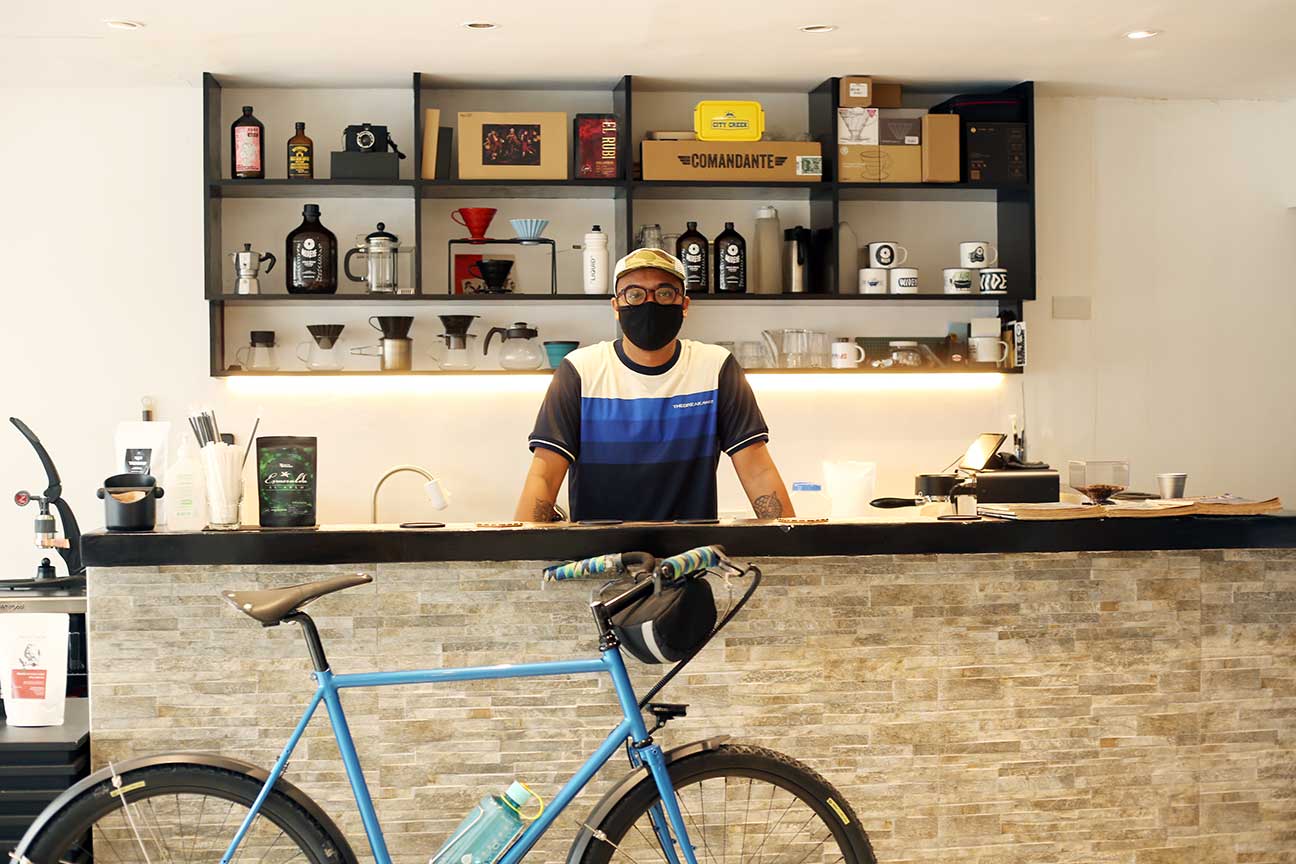 Aaron Pugal would just make cold brew for himself back when he learned that he needed to monitor his health, including anything that he takes into his body. One of the most difficult parts, he said, was when his doctor told him that he must cut down on coffee.

You see, Aaron is active in the bike scene, particularly within fixed gear communities. He started regularly cycling in 2009 and told us that he got into organizing events like Ultraman Uphill Fixed Gear Race and WEFXD Dragsprints. During the time when he’s coming up with activities for bikers — around 2014 to 2016 — he would cycle less which resulted in the deterioration of his health.

After some time, friends would notice Aaron’s coffee and they’d ask if they can have them too after their bike rides. The guy would oblige and give them cold brews until it reached a point when he realized that his stocks are quickly depleting. He thought, maybe it’s possible if he could charge a little amount to defray his costs.

In September 2017, Wideye Coffee was born, with the name inspired by a potion in the Harry Potter series. It started as an Instagram account though Aaron considers it officially launched three months after, in December, together with his clothing brand THEBREAKAWAY.

And indeed, Wideye Coffee is a brand built by a biking community. He recalled that his clients would start from his bike friends, then people from their respective networks would order until it reached a wider market.

Everything’s online back then for this brand and when the pandemic hit and everyone was having a hard time getting their coffee, it was convenient that Wideye was already there to cater to their needs. Since orders kept on coming during the earlier months of the lockdown, Aaron was basically brewing daily.

From learning how to make his own drink from his coffee-loving family , making cold brew for himself and eventually selling it online, Wideye Coffee now has a physical store. It’s located in Built Cycles bike shop in Quezon City.

Aside from its popular cold brew bottles, Wideye now serves pourover coffee — there’s tea too available for those who can’t drink caffeinated drinks. It’s open from Tuesdays to Sundays, generally during the operating hours of the bike shop. However, customers can still order via its social media pages.

Now, Wideye is diving into specialty coffee, sourcing and highlighting beans from local farmers in the Philippines. Aaron continuously learns from friends and mentors so he could improve in this industry.

There’s a chance that you’d see Aaron behind the bar making coffee for his customers. He’d meticulously make the orders and would pleasingly make conversations about cycling, coffee and other fun stuff.

Aaron is doing better now in terms of his health, and he’s back confidently drinking coffee — but of course he’s being more cautious. We can see him biking again, enjoying rides in the city with his friends. We asked him how many cups of coffee he consumes daily.

We followed up, “Kapag gabi?”

Built Cycles, where Wideye Coffee is located, is at 4 Kalayaan Avenue, Diliman, Quezon City. The coffee shop is open from Tuesday to Sunday from 9:30am to 6pm.