E-bikes are a beautiful addition to the world of cycling. It gives options to people, especially those who'd like to enjoy biking but have limitations. 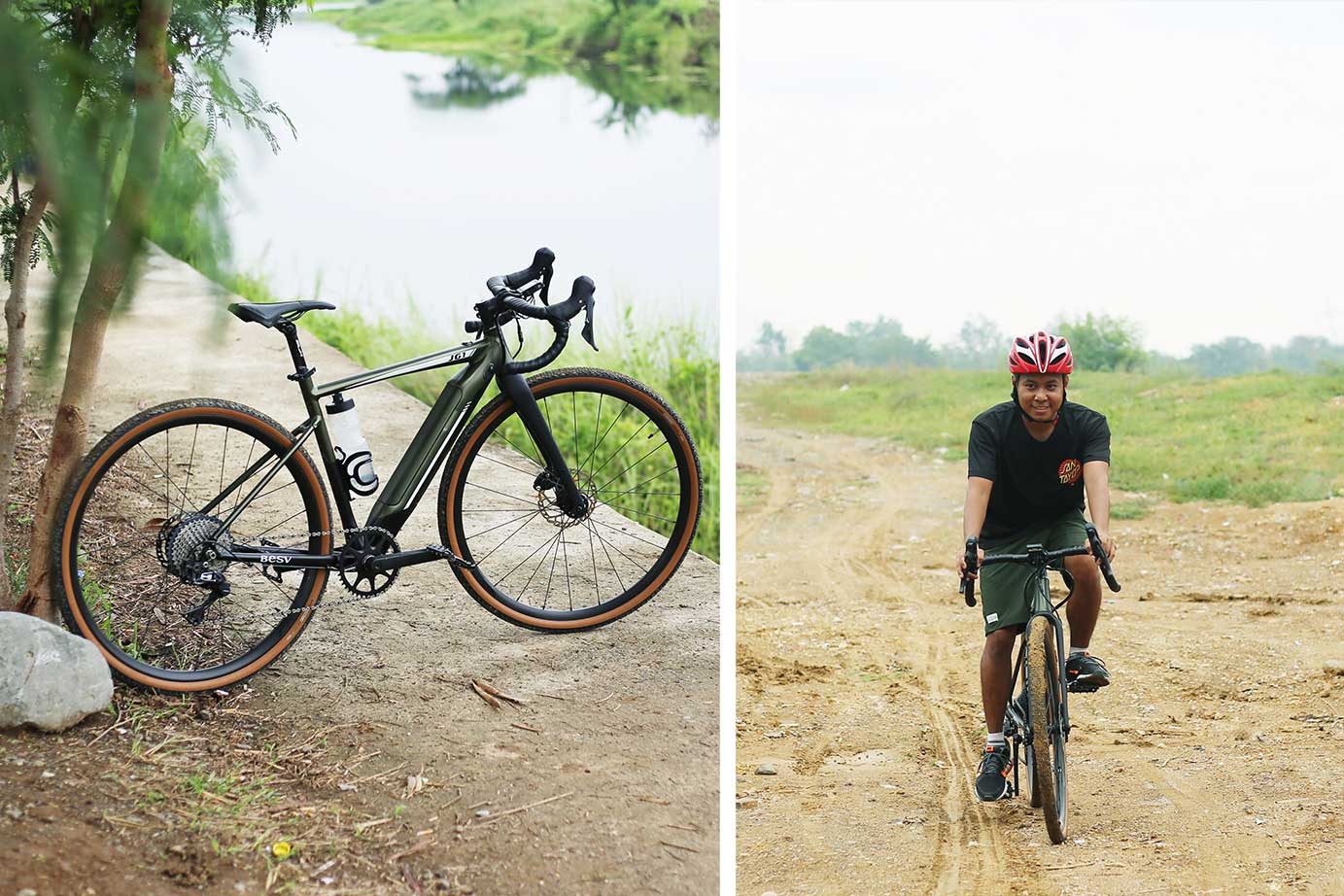 A few days ago, I went to Bustos Dam in Bulacan all the way from Manila with a bicycle — the ride covered 107 kilometers. Doing it again solo, it’s my second time completing this route. However, the difference is that I used the BESV JG1 electric gravel bike this time and I should say that the trip went easier.

Since I was testing the BESV JG1 from Exion Cycles, I was curious and wanted to know how it would perform compared to the regular gravel bicycle. In order to get a better comparison and to maximize the experience of the e-gravel bike, I chose to repeat my New Year’s Day gran fondo.

You see, the BESV JG1 has four modes: Manual, Eco, Smart and Power. On my first ten kilometers, I opted to not use the pedal assist since it’s still early and I needed to wake up all of my muscles. It was only when I entered Mac Arthur Highway when I started playing with the motor, just to get the hang out of it.

The route going to Bustos is mostly flat and if you’re coming from Metro Manila, the majority of your trip will be on a highway. But these paved roads can get pretty bad and rough, that’s why I’m grateful for the wide tires of a gravel bicycle because it’s more comfortable and I felt safer.

So when did I use the pedal assist of the BESV JG1? I put on the Eco mode when I wanted extra help in busier areas. It feels like there’s someone giving me a slight push as I go. I turn the motor to the Smart mode when going uphill — there’s still pedaling involved but it’s way less exhausting.

Meanwhile, the Power mode is an option that gives the user an assistance in speeding up to 25kph. After that, the cyclist can still go faster but it’ll only be dependent on manual power. That cap of speed is ideal for safety.

The push from the pedal assist is smooth, there’s no element of surprise because the motor adjusts based on the initial power that the cyclist exerts from pedaling.

Contrary to the perception that an electric gravel bicycle is a “motorbike but without gasoline,” the BESV JG1 doesn’t have a throttle. The cyclist still needs to use physical force in order to move forward. The bike’s motor is just there to assist in pedaling.

Perhaps the hardest part of my trip was the Plaridel Bypass Road because it’s a narrow two-lane highway with speeding cars and trucks. It can be really intimidating because you can be hit anytime by a careless driver. That’s why I’m thankful that the e-gravel bike gave me the effortless option to cycle on the dirt road.

Cycling along a cemented pavement is easier than being on a rougher pathway so using the pedal assist really comes in handy every time I bike on the dirt road. The BESV JG1 is very versatile, it provides you the option of convenience in difficult situations.

But of course, I don’t want to rely on the pedal assist most of the time. Though I have to admit, the electric bike spoiled me and in fact, I exhausted all of its battery life on my 95th kilometer. Nevertheless, the BESV JG1 is equipped with a hybrid GRX group set so manual pedaling is not troublesome.

It’s unfortunate that I did not get to see the checkered figures of Bustos Dam Eco Park because the water was released due to the recent heavy rains. But still, the destination is still ideal for photographs.

I really enjoyed taking pictures in Bustos because the BESV JG1 is very photogenic: the olive green frame and the beautiful flared handle bar are the aesthetic highlights of this e-bike. The battery is cleverly hidden inside the bicycle’s down tube and the motor is placed on its rear hub.

Overall, this electric bicycle is easy to use. It’s surprisingly light, around 17 kilograms, considering that it has a battery and motor. Maneuvering is light and the hybrid GRX group set is the perfect mechanical help that complements the three pedal assist modes of this e-gravel bike.

At the end of my trip, I realized that I was not as exhausted as compared to my New Year’s Day gran fondo. Sure, I got tired but my spirit was still up that afternoon when I arrived home. I still got the energy to do work at night.

Electric gravel bicycles can be frowned upon by other cyclists. I’ve heard purists giving apprehensions about this type of bicycle too. But for me, e-bikes are a beautiful addition to the world of cycling. It gives options to people, especially those who’d like to enjoy biking but have limitations.

The BESV JG1 is distributed by Exion Cycles. Follow the shop on Facebook for more details about this electric gravel bicycle.