We get it why the cafe is popular among its patrons who live in the area — there’s not much options for people who prefer good coffee, tasty pastries and hearty meals. 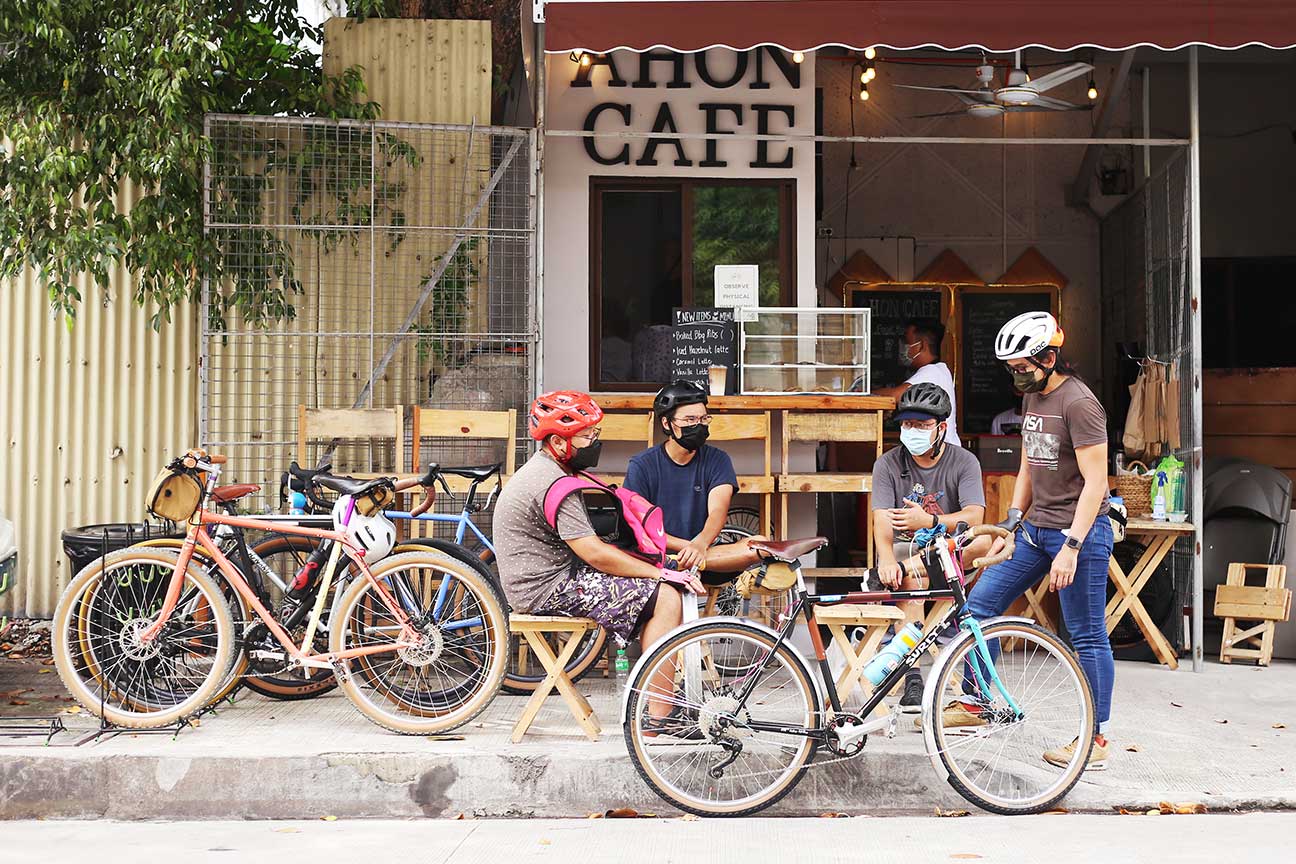 Situated in the residential area of La Loma and near Sta. Mesa Heights in Quezon City, there’s a small coffee shop that’s been gaining attention from its neighborhood and some visitors living in nearby cities because of its relatively cheaper prices and accessible location.

This is Ahon Cafe a tiny bistro found beside a bike shop — it’s very convenient for cyclists who’d want to check out parts or have something serviced on their bicycles.

We get it why the cafe is popular among its patrons who live in the area — there’s not much options for people who prefer good coffee, tasty pastries and hearty meals. The competition is not that tough, to be honest, because there’s not many establishments around that serve quality items on their menu.

There are only a few interesting cafes too in this section of Metro Manila so it was nice that a shop like Ahon existed. It’s relatively new too as it only opened last March.

We’ve seen so many coffee shops in Metro Manila that we really like, but there are only a few places that we personally enjoy visiting almost every week. And Ahon Cafe is one of those spots.

New visitors might miss their spot because it’s really small. It is situated in Calamba Street in the middle of Blumentritt Road and Mayon Street. The houses around it are pretty much the typical bungalows and townhouses of the city so you’ll know you’ve arrived once you see a rustic shop with lots of bicycles outside.

As expected, Ahon is bike-friendly. It perfectly makes sense since it’s beside a bike shop. They’ve got racks for convenient bicycle parking. However, one can pretty much just carry his ride beside him while drinking a cup of coffee.

What’s our favorite? We usually order a Spanish Latte while our friends like their hazelnut coffee and Americano. For the food, we love the chicken pesto sandwich and their chocolate chip cookie.

It doesn’t have indoor dining but who needs it, anyway? But nonetheless, the staff will most likely be willing to give you chairs and tables. Al fresco dining is way safer especially now that we’re in this pandemic.

But what’s the downside? Since the shop garnered too many patrons, clients with cars would usually park in front of the store. Unfortunately, they would leave their engines open while waiting for their orders. The car’s smoke can be annoying and these idle vehicles can cause slow street traffic from time to time too.

Well, we advise people to hangout at the reasonable space in the corner of Calamba and Bulusan — which is still part of the bike shop. Here, they won’t be bothered by fumes and other customers ordering food. It’s also a strategic spot to easily observe social distancing.

The cafe is located at Calamba corner Bulusan Street in Quezon City. It’s open from Wednesday to Sunday Sundays from 2 pm to 8:30 pm.