Here’s a secret: please don’t tell: this guy is hiding a bike from his family 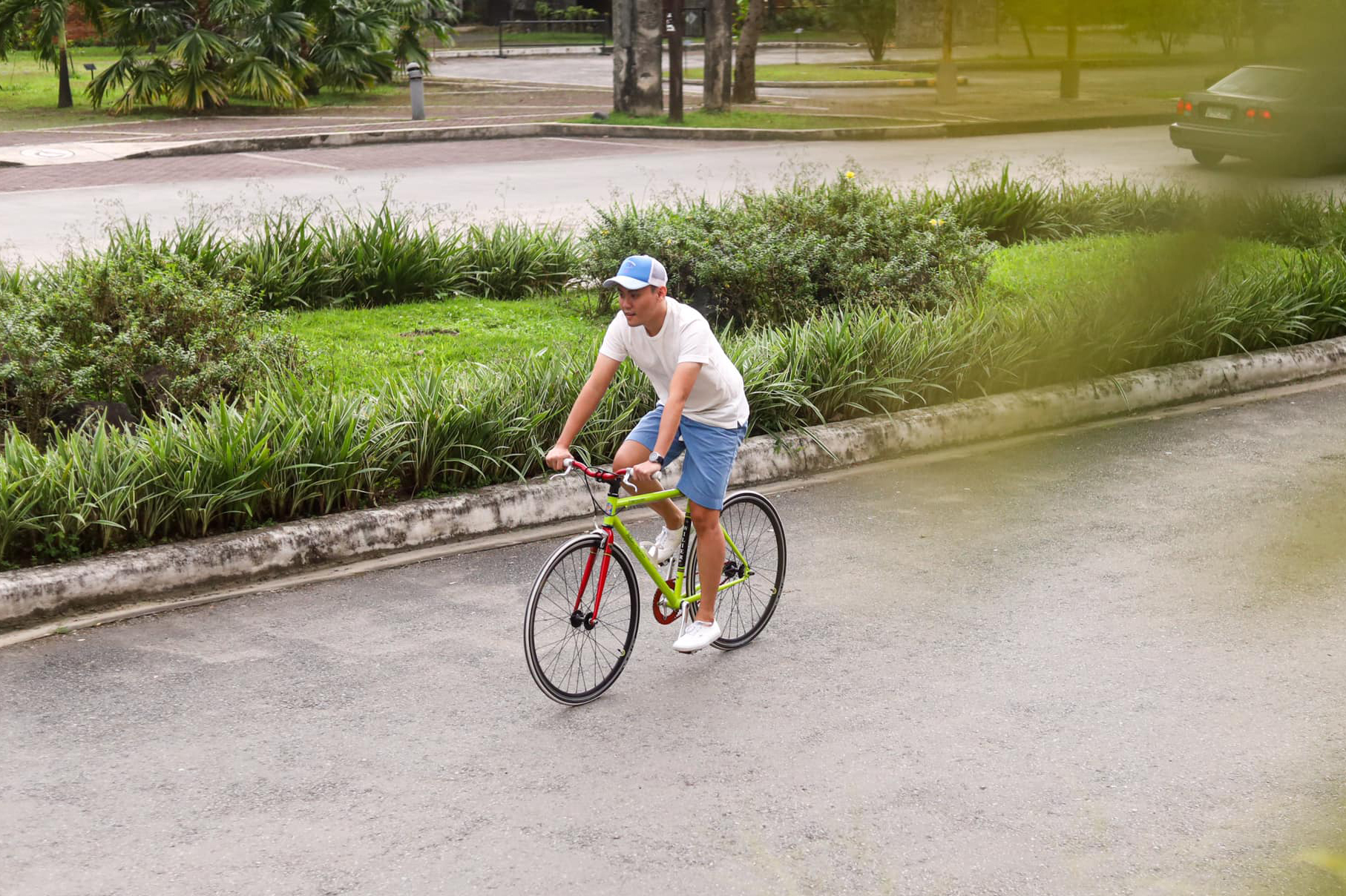 Dennis tells us that despite the complicated set-up, he still wants his single-speed bike. It’s the fourth bicycle that he bought this year and he said that he doesn’t want to inform his family about it because he is avoiding their comments.

Apparently, this feature would probably be his way of telling them that he has a fourth bike.

All thanks to his friend and co-worker Tinch, Dennis could afford to easily store the bicycle secretly.

Our biker here obviously loves bikes. Back when he was living in China in 2004, he had a Japanese bicycle that he used for his commute. It strengthened his connection with cycling.

When he returned to the Philippines, his cycling activities ceased. It was only in 2018 when he went back on the saddle after buying a road bike.

Dennis works in the e-commerce industry and does leisure cycling, he invites friends to join him with his bike rides. In fact, he managed to influence at least ten people from his work in getting their own bicycles.

They usually ride around UP Diliman and Dennis uses his single-speed bike every time they are riding in this campus. He picks it up from his friend’s house and brings it back for safekeeping.

He said, “I learned to accept na ganoon ang relationship namin. I enjoy this kind of relationship with it kasi my three bikes are there in our house, hindi ko sila nami-miss. Ito parang may feeling na… kalian ko kaya siya masasakyan?”