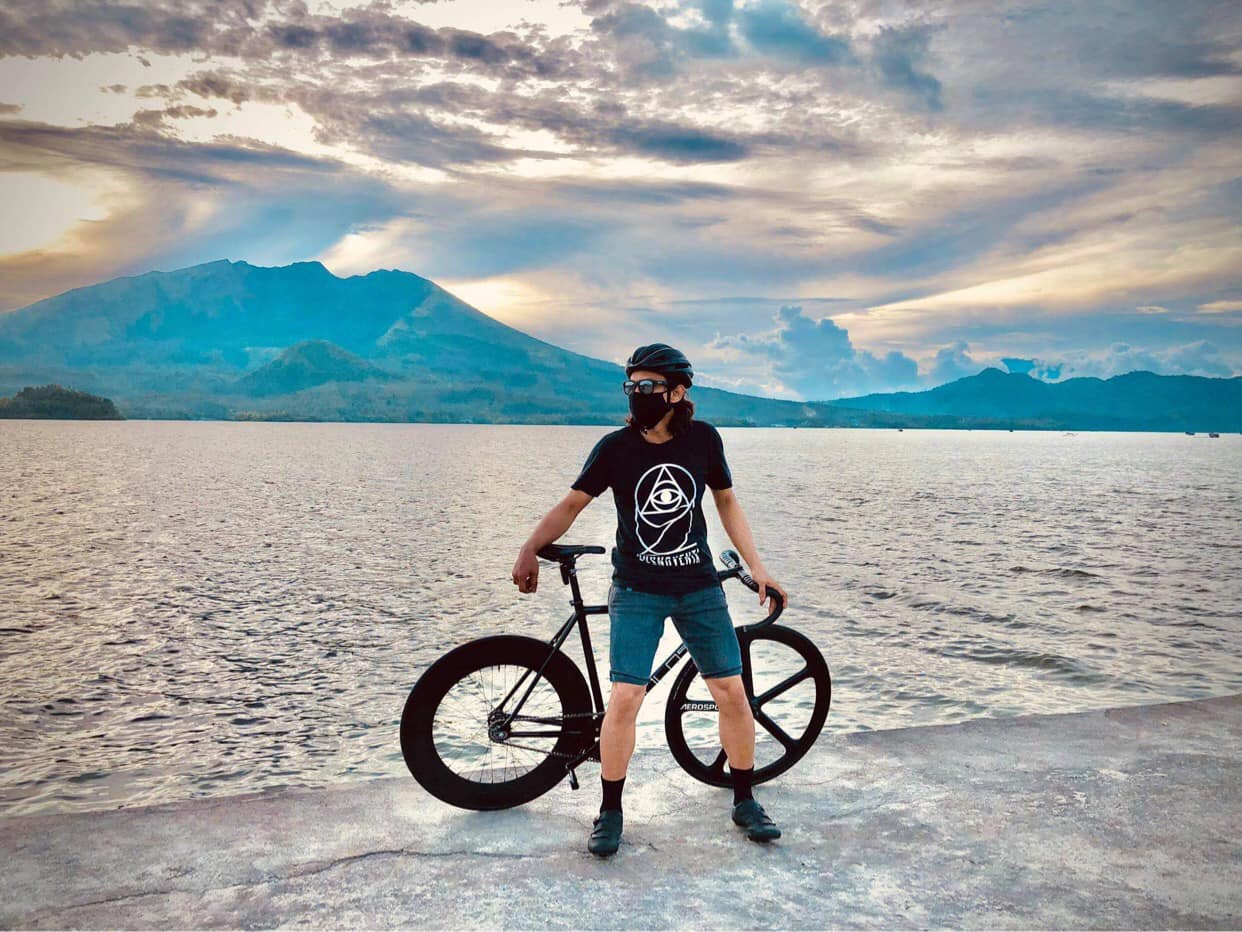 Camarines Sur is now part of our bucket list bike rides, thanks to this Iriga-based filmmaker who showed us the beauty of his hometown.

Hubert Tibi loves to ride a bicycle, he goes out cycling two to three times a week for exercise. He likes to ride around Iriga, and nearby towns because there are many routes and loops to choose from.

Iriga is also cycling-friendly. There are many shaded roads and people respect bikers because there are a lot of Irigieños who ride a bike. The number of cyclists, according to Hubert, apparently doubled this year.

He added that the view is very beautiful. Cyclists can go around the foot of Mt. Asog where they’ll experience the features of the mountain in a different perspective. Hubert tells us that you’ll see a lot of greens, rice fields and simple living.

The biker would really feel that the province vibes, he noted. And that’s what got us really interested.

Cycling helps him with his art and work as a filmmaker. Hubert’s short film “Pabasa Kan Pasyon” was recently part of this year’s Cinemalaya Film Festival. His film will be heading to Cannes next year.

Recently, Camarines Sur was devastated by typhoon Rolly. A bicycle made it easier for people to move around, especially in places where the roads are not passable by vehicles.

We can see that Hubert loves his bicycle, he even took a picture with it on a bed. He owns a black fixed gear with a Colossi frame that he assembled himself. He likes the minimalist look and a bike with little maintenance.

Iriga is slowly recovering from the onslaught of the typhoon and hopefully, by the time that lockdown eases, we can pay a visit and explore the beauty of Camarines Sur.