Eloiza Regaliza: Using her platform to inspire and advocate in cycling

Advocacy and vlogging aside, Eloiza simply enjoys riding her bike. She’s been cycling for six years now and this has been a fitness activity that stuck to her for a long time. 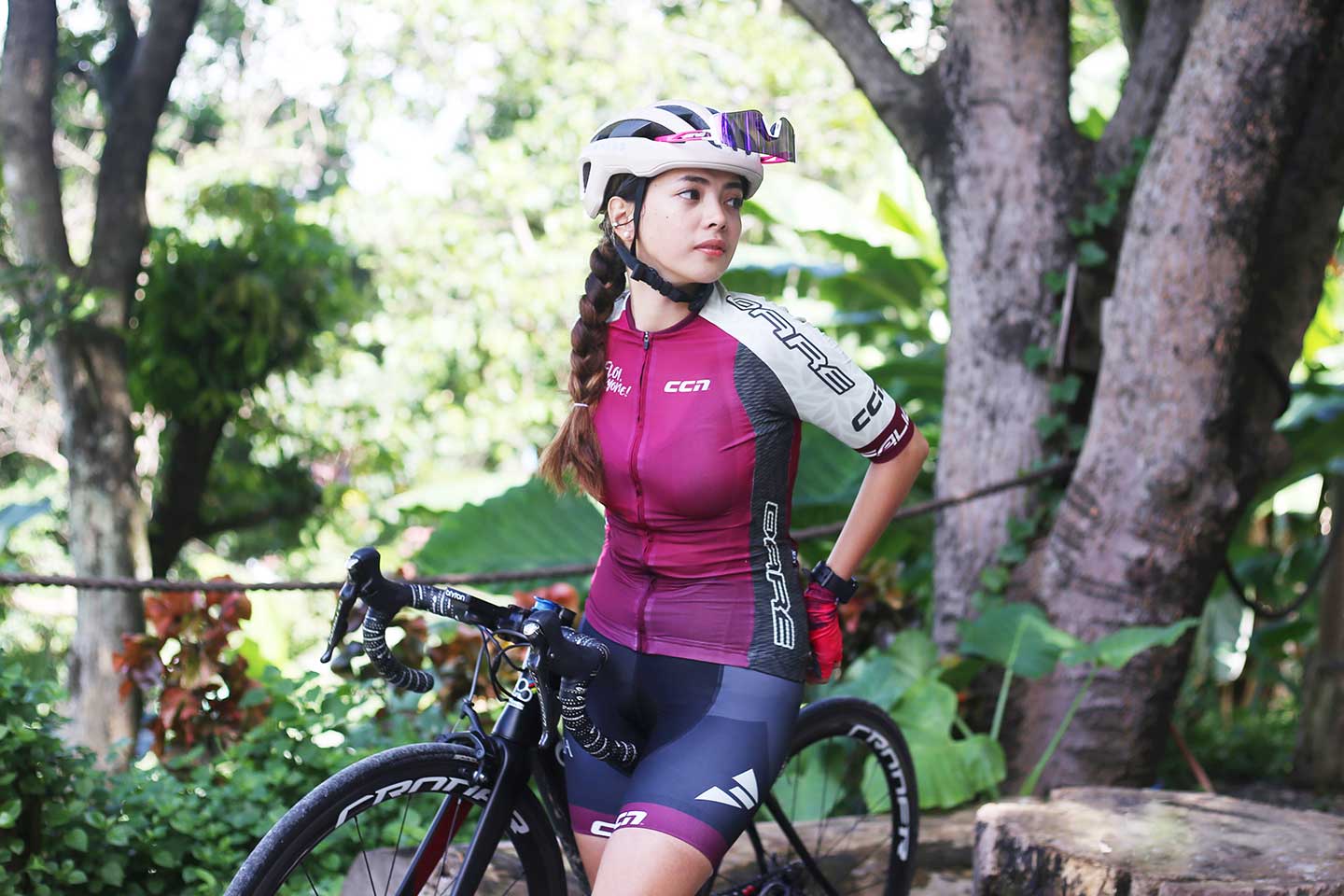 With her dainty smile and bright energy, she greets her followers “Eloi, everyone!” After the iconic greeting, it’s usually followed by her charming laugh that’s very infectious.

With Eloiza Regaliza, what you see is what you get. The same ball of energy that you watch on her Youtube vlogs and Instagram posts is similar when you get to interact with her in person. For example, like what others have pointed out, she loves to talk and tell stories — even when climbing steep slopes.

As of this writing, Eloi has garnered more than 120,000 subscribers on Youtube — that’s on top of her growing followers on Facebook and Instagram. She credits consistency for managing to quickly grow a following on this video-streaming platform, an incredible six-digit subs after eleven months of constant uploads.

However, according to this vlogger, she was late in the game of doing cycling content on Youtube unlike other cyclists who did it pre-pandemic. Eloiza’s first vlog upload was November 2020. She said that her original plan was to make travel vlogs, a way to promote her travel agency, but it shifted to cycling because of the health crisis and the lockdowns.

So far, she’s been to various local destinations in the country like Zamboanga, Mindoro, Batangas, Tarlac, Puerto Galera, Rizal and Nueva Ecija, among others.

Besides promoting local tourism, Eloiza also advocates women empowerment and cycling as transport. She’s been using her platform to make people aware of the pressing issues encountered by women and cyclists.

Even before her first Youtube upload, Eloiza went viral on Facebook during the early days of the pandemic for uploading a story about getting catcalled while wearing a polo shirt. She was also vocal on calling out netizens who cross borders and those who are outright disrespectful towards women online. Aside from that, she sheds information about people who commute via bicycles.

Advocacy and vlogging aside, Eloiza simply enjoys riding her bike. She’s been cycling for six years now and this has been a fitness activity that stuck to her for a long time. The vlogger recalled that before biking, she got into other fitness activities like going to the gym but she didn’t have much motivation to push through.

In 2016, she was enticed by some friends to try cycling. After buying her first road bike, she instantly found the activity delightful.

From doing long rides with friends and laps around Mall of Asia, Eloiza became part of cycling club Team Franzia. Being part of that group drove her into competing races. In 2017, after just one year of riding a bicycle, she found herself entering the three-day competition Tour of Matabungkay. Even as a newbie racer, she was able to win a time trial award.

The next year, she competed again in the Tour of Matabungkay. This time, she became more competitive and was able to reach a higher standing compared to her first competition. Interestingly, she got viral during this race after getting an onscreen interview with a reporter.

Now, Eloiza is busy with doing content and she disclosed that she’s back on the saddle doing training regularly. She now has a coach and a therapist who look after her performance and recovery.