Commute by train from Pasay to Ortigas: 1 hour and 45 minutes. Bike commute? 45 minutes. 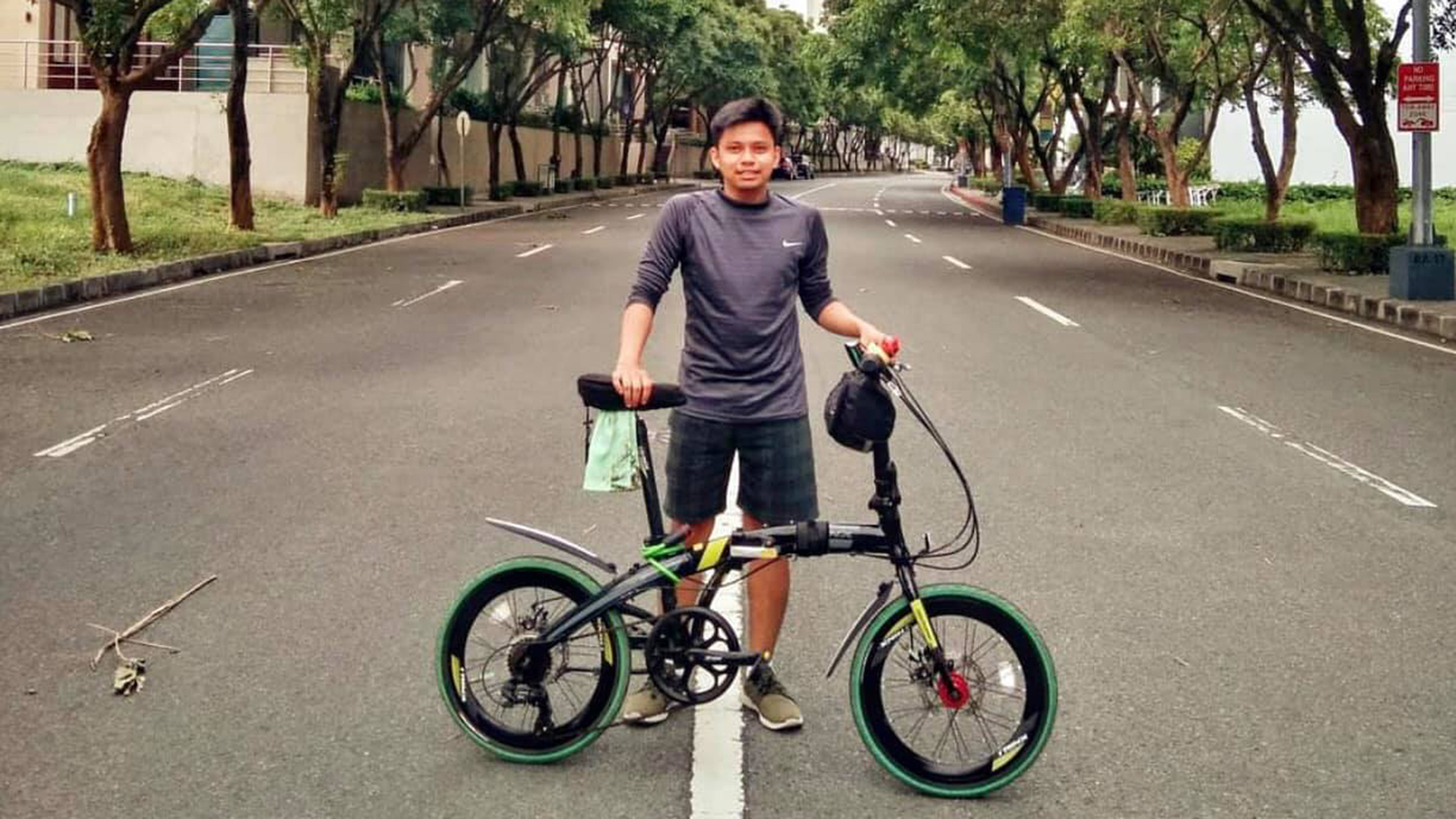 Graphic designer Marty Ybañez did not ride his bike to work today because of the heavy rain. It’s his first time to use public transportation after five months of riding his foldie for commuting.

He left home a few minutes after 5 a.m., walked to the train station in Pasay, waited patiently for an hour in line and finally arrived at his office before 7 in the morning. That’s more or less 1 hour and 45 minutes on the road.

If he used a bicycle, his travel time would have only been around 45 minutes.

(Travel is comfortable but falling in line takes a long time because they limit the number of passengers. You spend more or less one hour in the line. If I bike from Pasay to Ortigas, I should have been in my office by that time.)

(When I’m inside the train, I feel like my bike is faster than the movement of the train.)

On his way home, he opted to take the public bus. The line was longer but it was relatively faster than the train. His travel time was 1 hour and 30 minutes.

He says that he’s still afraid to use public transportation because of the rising Covid-19 cases in Metro Manila but unfortunately, he believes that he has no other practical choice because he needs to go to work.

Even after the “new normal,” the graphic designer said that he’ll still bike to work because he can save money and it’s a good form of exercise.

(Even before, public transpo commute is very difficult. And while I’m on a bus or train before the pandemic, I already see people cycling in EDSA. I thought that I can do it too. It’s quite hard but I’m managing.)

We believe that it’s still quite frustrating to traverse EDSA. So what’s Marty’s wish?

(I hope that protected bike lanes will be installed in EDSA. If I am abled to do it, I’ll put it myself. It’s annoying already. EDSA has uneven roads and there is a mini wave on Buendia side.)