Women bikers should be able to wear whatever they want, no woman should be catcalled 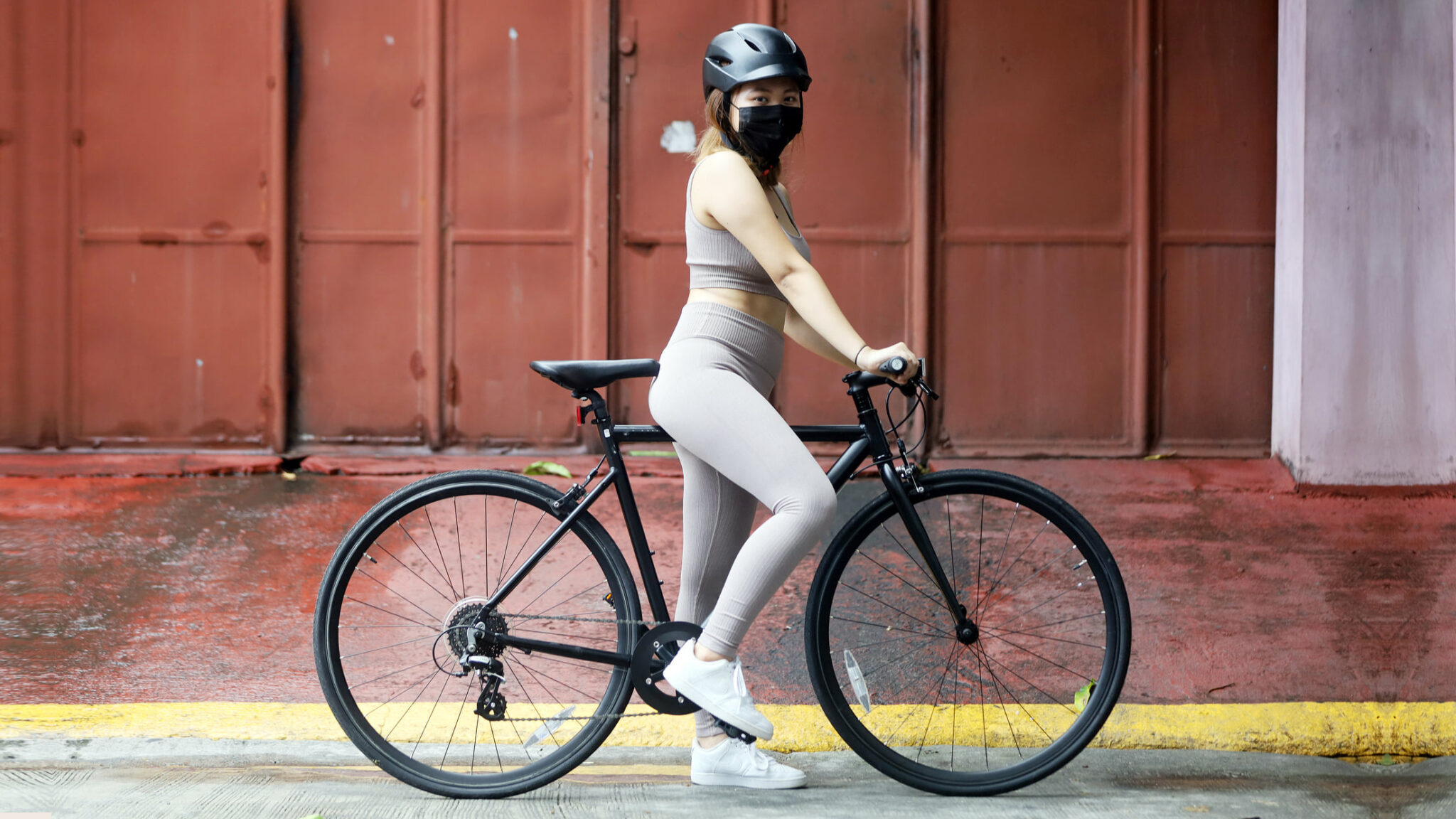 Jessielou Serra was modeling for her friend’s activewear business. She was tasked to bike on the streets of Sampaloc wearing the brand’s workout clothes. Everyone was up for the job and they were excited to take the photos when the rain stopped pouring. She was outside with another model, the owner of the business and the photographer.

The mood changed when the guys on the streets started catcalling.

(“I’m mad at those who catcall. I’m wearing an activewear, this should be a normal attire when biking or working out outdoors,” Jessielou said. “Why can’t they accept it? People should be open to this kind of outfit.”)

For those who want to argue, activewear can be worn outside. And if you think otherwise, we believe that you have a problem. For those who think that it was wrong to shoot outside because there are catcallers, you are part of the problem. The main thing here: men should never catcall.

She pointed out that women should be comfortable with whatever they want to wear in public. She said that if people from other countries—or even those at the beach—can accept wearing “revealing clothes,” why is it not possible in Metro Manila?

Jessielou is about to buy her own bicycle. She’s currently canvassing prices. However, there are things that keep her from buying a bike. She thinks that her dad won’t allow her because it’s dangerous being on the road with big trucks and that there are people who tell her that cycling is not for women.

Cycling is for everyone. No gender requirement.

After her recent catcalling incident in Manila, will she still be confident wearing activewear while cycling in the future?

(“I’ll still wear an activewear while biking. I want people to be open about this. I want to show that this is me and this is what I want to wear,” she said. “I want to normalize wearing activewear in public.“)

First Bike Ride supports women bikers. Our vision of having “better roads” includes having safe public spaces for women to express themselves. We do not tolerate catcalling and misogyny.