She bought a bicycle despite her father’s disapproval 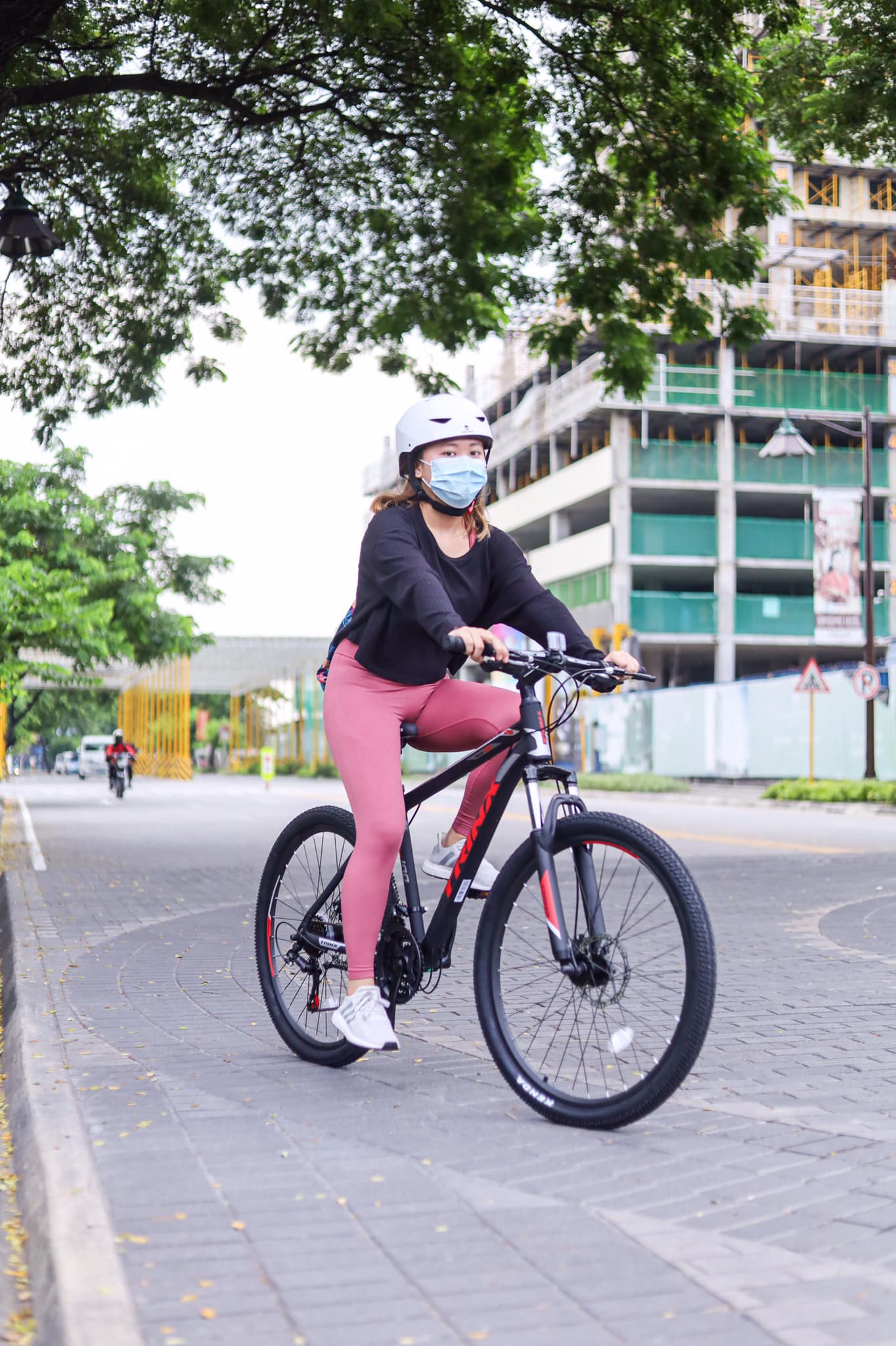 Her father did not want her to ride a bike in the city. She still bought a mountain bike despite the disapproval. Obviously, the parent got mad. After a few hours, her dad checked the bicycle for her safety.

We featured Jessielou Serra last month here on First Bike Ride. She was the empowered model who wants to normalize wearing an activewear when cycling. She recently got her own bicycle and we talked to her about her first bike ride.

“I went to Pasig from Sampaloc with my friends. It’s my first time riding a bike with cars and trucks,” she said. “I was afraid because I thought I’d get into an accident but I’m so proud of myself because I conquered my fear. I can now ride a bicycle alone.”

She wanted to prove that she can ride a bike. When she expressed her interest in cycling, there were people who told her that she can’t do it because they said that “bicycles are for boys.”

The best tip that she’d give to aspiring women bikers is to build their confidence on the road. Jessielou added that they can wear whatever they want because there will be people who would give them unwarranted comments on what they should wear when cycling in the city.

“For me, there’s no prescribed attire for women bikers,” she said. “As long as you are comfortable and happy with your attire while biking, you can wear anything you like and what makes you feel good. Your body, your choice.”

But before buying a bike, one of Jessielou’s major concerns was her dad who doesn’t want her to go cycling. Her dad said that it’s dangerous to bike in Metro Manila.

Jessielou knows that her father was just worried. She’s an adult who is responsible for her actions, anyway.

Her dad even said that he’d even buy her a chain lock.

The newbie biker went out today with her bicycle. Before leaving home, her dad said: