Why is bike parking important for business?

Whenever we go to a certain place, especially in the city, one of the first things that we always consider is the bike parking situation of our destination: does it have a bike rack? Will our bicycles be safe? Can we bring our bicycles with us? 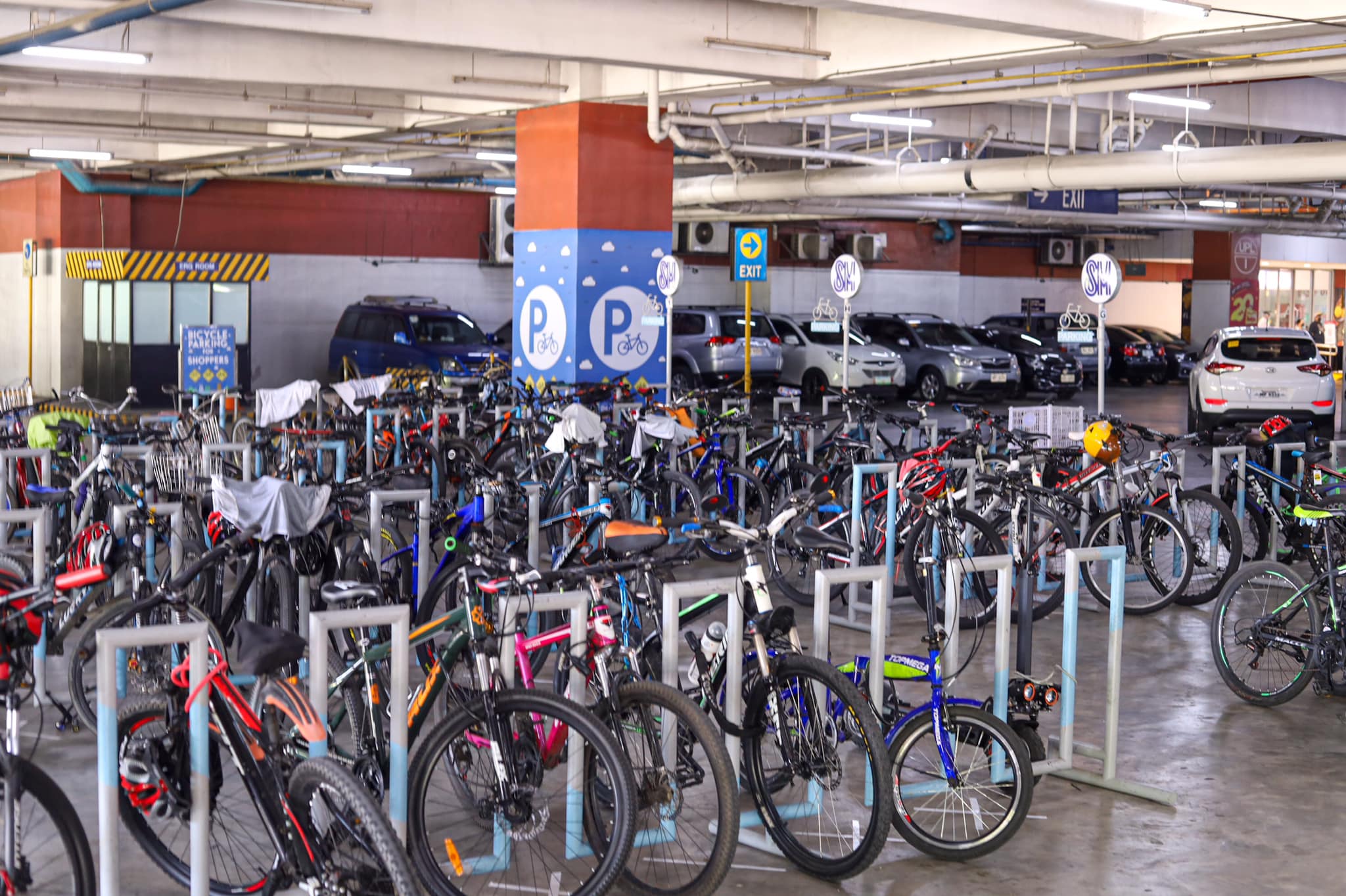 Let’s talk about bike parking in business establishments—why it matters and how it should be done for their customers and employees who bike.

Whenever we go to a certain place, especially in the city, one of the first things that we always consider is the bike parking situation of our destination: does it have a bike rack? Will our bicycles be safe? Can we bring our bicycles with us?

Filipinos are jumping into the bicycle lifestyle as proven by numerous cyclists on the streets and the emerging bike infrastructure on our roads. A lot of people are cycling to work and are using their two-wheeled ride for errands—more are seeing the convenience and practicality of biking.

Leisure riding does not only mean going around parks and villages, it’s now usually partnered with dining in and al fresco, coffee stops or shopping. Filipinos have found a bike can reach fun destinations.

To belatedly celebrate World Bicycle Day, SM Supermalls and SM Cares through MNL Moves invited First Bike Ride to visit different SM Malls in Pasig, Marikina and Rizal. This part of the metro is interesting because of the big cycling traffic, which consists of commuters, long-distance bikers and leisure riders.

In one of our conversations with Dennis Martel, an operations manager from SM, we’ve highlighted the admirable bike parking system in their malls that we frequent like SM San Lazaro and SM Marikina. However, we also learned that not all of their establishments are the same, that’s why they want these kinds of talks with cyclists—the people who really use these facilities.

The first thing that we find agreeable about SM bike parking is their uniformed snake-like bike racks which can decently accommodate nine bicycles. Three of these racks, which can hold 27 bikes, can replace two parking slots for cars.

We like it because it’s spacious enough for mountain bikes, road bikes, foldies and gravel bikes. Unfortunately, bigger bicycles like cargo, mamacharis and those with panniers and big baskets can’t be locked in the middle part of this structure.

You see, some bike racks are not really efficient, if not weird, and are hard to use such as makeshift barricades, grills and dangling triangles, among others.

Some SM Malls have a log book, with others having a ticket system, which is something admirable. Guards are stationed too, something that gives a more sense of security.

For us, this is an ideal bike parking: U-shaped rack where any kind of bicycle can be accommodated and can be properly locked. It should be shaded with a location that is strategic like the first floor or near the establishment’s entrance. There should also be an appropriate security system.

While SM admits that they’re still improving to make their malls more bike-friendly, First Bike Ride thinks that they’re one of the biggest establishments that’s making a good job with encouraging more customers to shop with them and in giving importance to their employees who cycle.

Why is it important for business establishments to have good bike parking?

As the Philippine government empowers cycling and active transport in the country, secured and proper bike parking encourages more people to ride a bicycle. This is an infrastructure that’s equally important as bike lanes and bike pathways, among others. It’s also a manifestation of how businesses value their customers and how they foster inclusivity and care.