Seasoned cyclists can fairly maneuver on these places even with the absence of bike lanes or if they’ll be with motorized vehicles. But others like newbies, pregnant women, old people and PWDs, among others, can have a hard time. 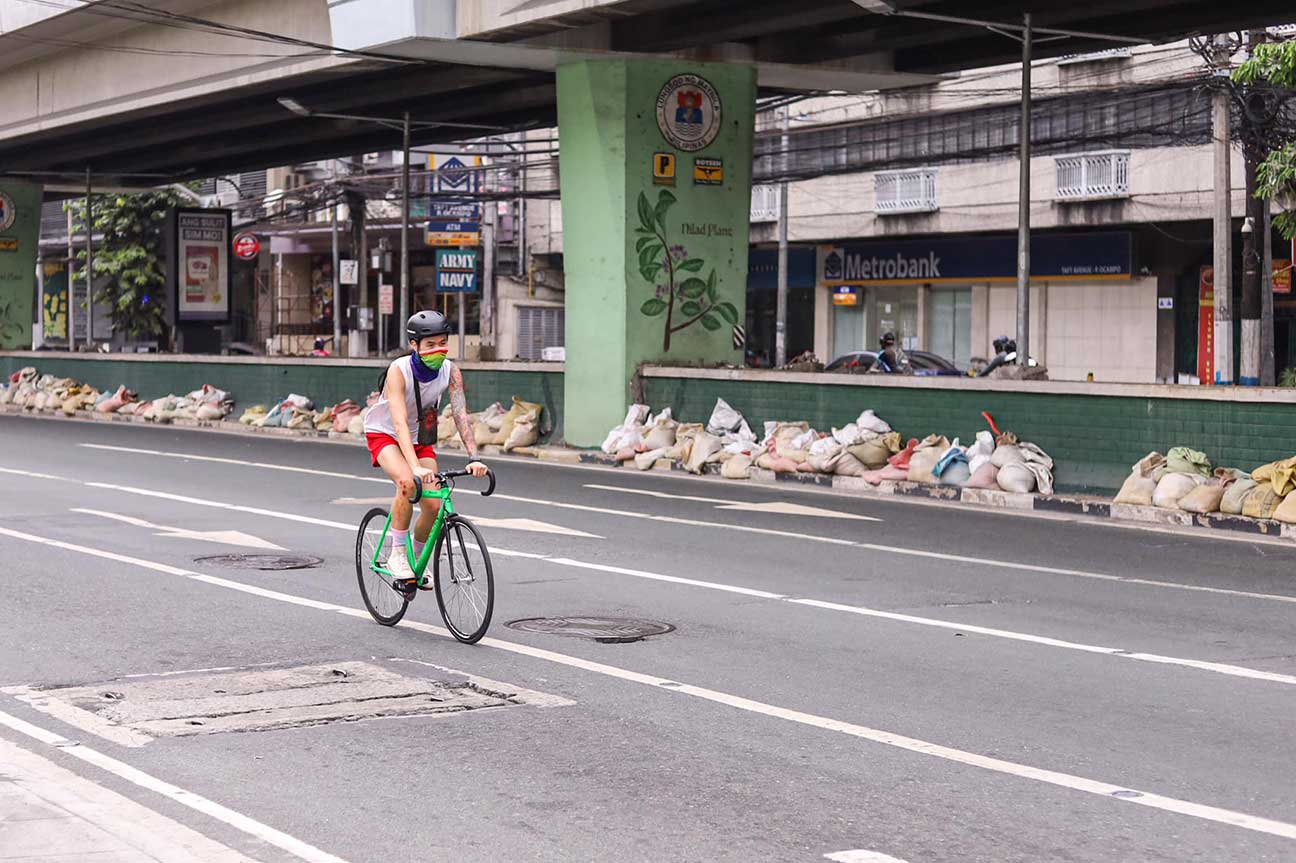 Last weekend, some of our friends experienced cycling in Caloocan City and told us how difficult and tiring their ride was in this area. Some even felt like they were Mario Kart Tour players — while we enjoy this virtual game so much, we don’t want to experience it in real life.

Due to the pandemic, many people resorted to cycling as a means of transportation. And as much as we’d like to avoid bad roads, sometimes, these terrible thoroughfares are the most convenient. For others, it’s their only choice.

To be honest, seasoned cyclists can fairly bike on these places even with the absence of bike lanes or if they’ll be with motorized vehicles. However, there are so many who’ll have a hard time like newbies, pregnant women, old people and PWDs, among others.

First Bike Ride and Manila Commuter asked people around on Twitter and the latter’s Instagram account about what they think is the worst road in Metro Manila for cyclists. We’ve compiled the popular answers in this article as a heads up if ever you’ll be cycling around the area and a call to the respective local government units and agencies to fix the problem. We don’t want bad roads in Metro Manila.

Alabang and the villages in Paranaque are perhaps the nicest place for leisure riding: it’s like a dream because there are nice cafes and decent bike lanes. However, going there from the north can be a nightmare. It’s too hot cycling in East and West service roads because there are practically no trees around and you’re covered with smog from motorized vehicles. There are moments when you’ll be cycling along trucks and speeding cars too.

Rush hour traffic can also be stressful because you’ll be stuck on the road with loud engines and dark smoke around you. You need to check the schedule too because going to the south can be tricky: a portion of the east service road becomes one-way (northbound) during the morning and take note of the time when the truck ban is lifted.

There’s a part of Pedro Gil that’s under construction and it is understandable that it can really inconvenience the road users. However, those parts that don’t have any road work are just terrible and need massive repair. The fractured street can be dangerous, especially for road bikes.

The only good thing here is that there’s a cafe nearby where cyclists can easily hangout and relax if the streets of Manila get too stressful.

3. A. Bonifacio in Caloocan

Located below the Skyway 3, this road can be very intimidating and dangerous because speeding trucks ply here. Aside from the gloomy aura brought by the expressway (it covers the sunlight which makes the area darker), it’s very dusty and it seems that motorists don’t slow down — perhaps it needs more traffic calming measures.

The most challenging area in this road is the C5 intersection because the road is a complete mess: it’s always wet, the holes are too big and the construction brings confusion to every motorists and active transport users on which lane to take.

The Cubao area of Aurora Boulevard is so terrible that you just wish you went on the inner streets. There are painted buffered bike lanes on this road but it is disregarded most of the time. Perhaps it’s because only one lane can be used by four-wheeled vehicles in some parts of this road, impatient motorists would always occupy the bike lanes.

There were orange barricades here, which was nice because it filters big vehicles from occupying the bike lane. However, it’s gone now. Where did it go? We don’t know. What’s difficult in Aurora Boulevard is perhaps the bad traffic and some pavements have dangerous gaps.

Speeding jeepneys, cracked roads and idle cars in the middle of the street? Caloocan’s Rizal Avenue has it. From Monumento to R. Papa, this important road is very challenging for bicycles and you need a lot of patience especially during rush hour. Early morning bike rides can be easy but watch out for uneven pavements — in fact, our GoPro mount while shooting Super Ultra Panks got broken after crossing the intersection of 5th Avenue because it was not able to handle the bumps.

Heads up, prepare yourself when you need to go around the Monumento roundabout. It sucks that this avenue is so terrible because the awesome bikeshop BMX Cycle Center is located along this stretch.

“Wild west of the east,” tweeted by one biker as a description of Ortigas Avenue Extension. He added that it’s a wide road but the volume of cars is just too much so many bikers and active transport users are forced to use the gutter to move forward. It’s pretty hot in here too, we should say.

This road connects Metro Manila to Rizal and there are many cyclists using this road. It’s such a shame that even though it has painted bike lanes, those who ride their bikes are simply overpowered by the motorized vehicles.

7. Taft Avenue in Manila and Pasay

People are praising the City of Manila for its “beautification” projects. Well, some places did become pretty but Taft Avenue, one of its major thoroughfares, felt like it was abandoned. There are “protected” bike lanes in the area but cyclists who pass here know that most of them are unusable — it’s very narrow, other people move it and it’s ugly (no beauty in there, to be frank). When bikers go out of their “designated” lane, the roads are just so rough that even motorcycles and cars are having a hard time passing it.

But the terrible part is not just in Manila. The avenue’s Pasay stretch is horrible too. Considering that many people traverse this road, we believe that this avenue should be one of the priorities for that needed “beautification.”

8. New Panaderos in Mandaluyong and Manila

When you talk about chaos, one road that comes to mind of many cyclists is the New Panaderos Street that stretches from Manila to Mandaluyong. The traffic is just crazy especially in the intersection near the bridge. Plus, there are too many things happening in a disorganized manner that everyone’s having difficulty and confusion in weaving through traffic.

We tried walking and cycling there one time and it was inconvenient because sidewalks are practically filled with obstacles and the same goes with the bike lane. It’s such a shame that this area gets too crazy considering that it connects Mandaluyong and San Juan.