Meet & Ride quickly responded to Gab’s call and posted the details on Instagram. They even made a poster so the search can easily be spread on social media. From the photo-sharing app, the hunt for the Nishiki reached Facebook and Twitter. 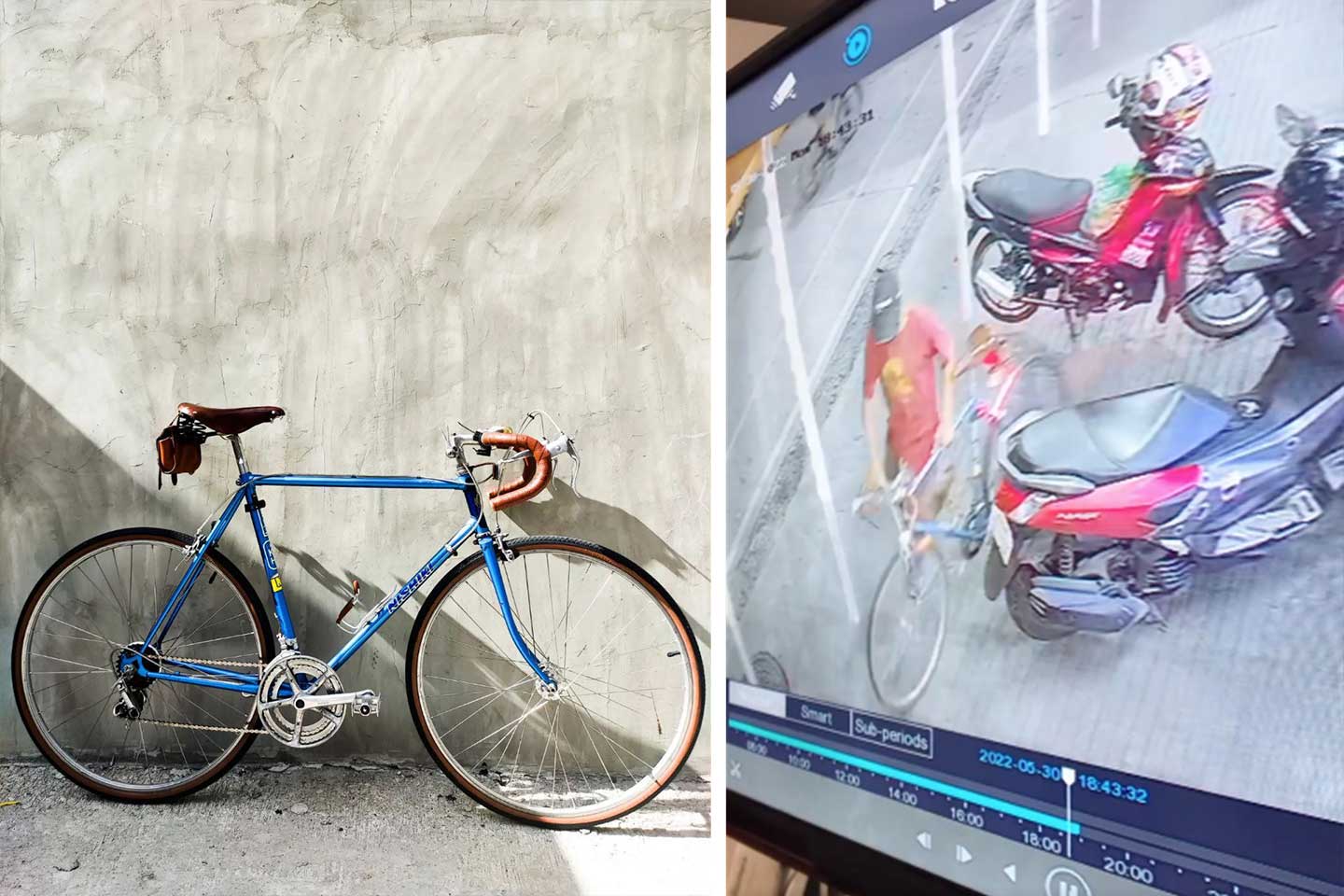 The online search for Gab Fuentes’ stolen Nishiki road bike all started with his cycling friends Meet & Ride. After gathering his thoughts minutes subsequent to learning that his bicycle had been taken, the cyclist sent details of his bicycle over their Instagram group chat to activate an internet hunt of his beloved vehicle.

Gab’s Nishiki was stolen outside a convenience store in Mandaluyong when he was buying water. A man, who was later identified by barangay officials as “Che-Che,” took the bike by literally walking away while letting the bicycle roll beside him.

The first thing that Gab did upon seeing that his bike was missing was to walk around the vicinity to check if the thief was still nearby. He thought that the robber would probably still be in the area because he had disarranged the chains of his Nishiki so no one could easily ride it. Then he called a friend, his family and asked his cycling group to post announcements online.

Meet & Ride quickly responded to Gab’s call and posted the details on Instagram. They even made a poster so the search can easily be spread on social media. From the photo-sharing app, the hunt for the Nishiki reached Facebook and Twitter — all while police reports and coordination with authorities were being arranged.

GP Pantig, one of the members of Meet & Ride, posted the poster, pictures and details of Gab’s Nishiki on Facebook. It was shared by people on their profiles and to different cycling groups on the FB, all while the word is quickly spreading on Instagram and Twitter.

The post managed to reach a Facebook group of cyclists in Mandaluyong, an account where Gab is not a member. Apparently, Che-che was able to quickly sell the Nishiki through a middle man and it landed in the hands of a young cyclist named Raymark who saw GP’s post.

It was sold for 3,500 pesos only. It was fortunate that Raymark was kind enough to reach out to Gab and return the Nishiki. They were not able to find Che-che though. It appears, according to the barangay officials, that the thief was a notorious robber who recently got out of jail.

“Luto ni Gab” is the small business of Gab where he cooks and sells different kinds of food. It’s known for its Cubanos, a favorite of cyclists.