Rainy urban bike ride: How do you prepare?

According to many cyclists that we interviewed, the most important thing is preparation. But some things can really come in handy. 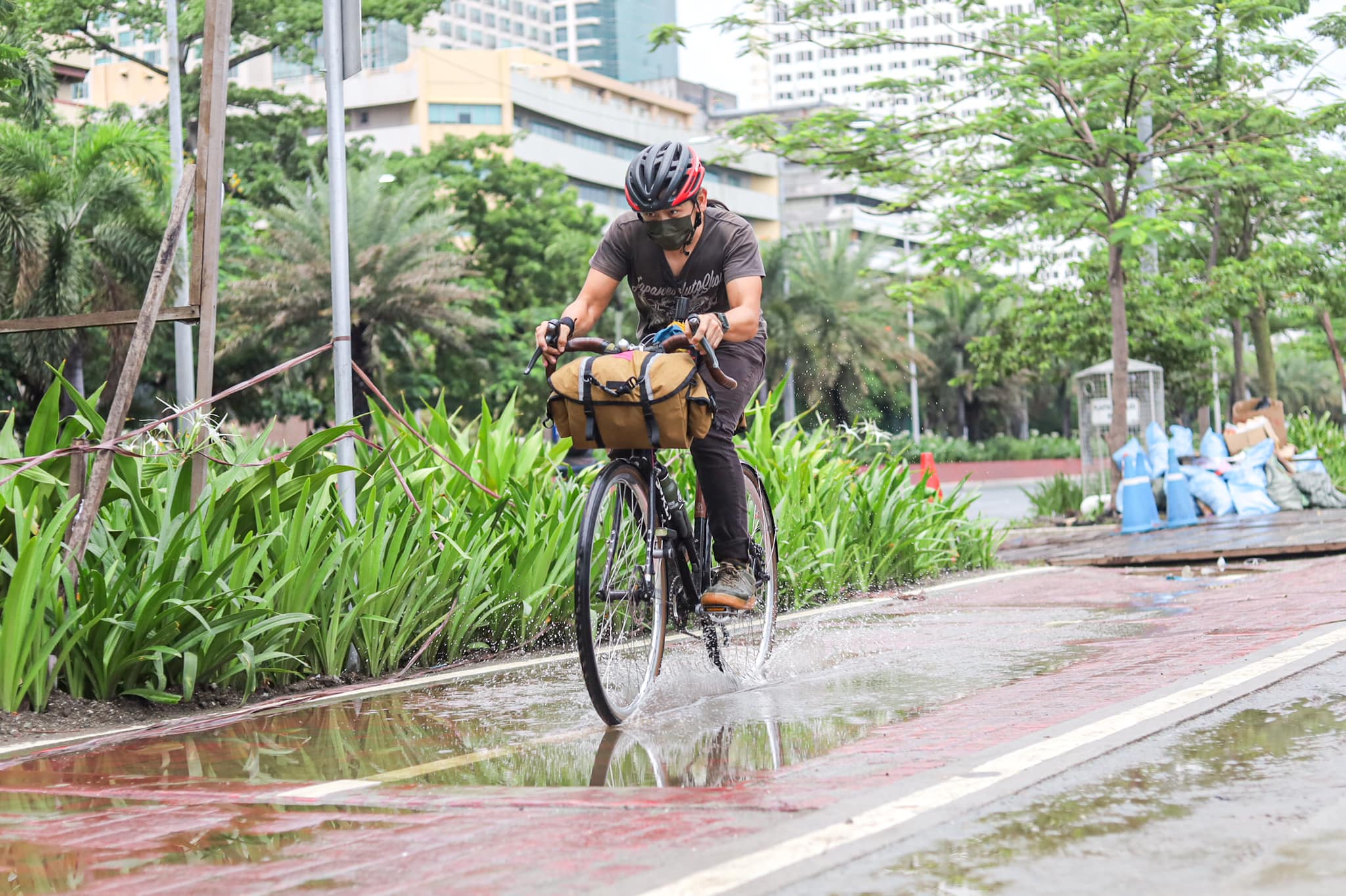 Some would say that a rainy urban bike ride is hard but for others, it’s a pleasurable experience. But should it be inconvenient? Not necessarily.

According to many cyclists that we interviewed, the most important thing is preparation. But some things can really come in handy on the spot for rainy urban bike rides.

For freelance media producer Lester Babiera, rain is not really a problem when he’s doing his errands and city-to-city rides. He usually packs a big Japanese poncho that he bought from cyclist Renan Salumbres.

He prefers the big poncho than raincoats. Why? It’s because he usually brings a backpack or sling bag with camera equipment and other electronics—the poncho protects it from getting wet.

For his smaller gadgets like phones and charger, his Oveja Negra handlebar snack bag that he got from Bikeary Bicycle Lifestyle is pretty reliable.

She was using to Sackit Philippines stem bags when we met her. Bevs, who was waiting for the rain to stop in a boat terminal, told us that she got plastic bags just in case the downpour becomes more intense.

(It’s my first time using these two stem bags and it’s okay. I put my wallet, cellphone and lights.)

Photographer Jilson Tiu always tells us that fenders are the best thing that you can have during rainy rides. He’s sick of having a muddy shirt and dirty bags.

“Kung wala kang fender, ang dumi-dumi mo kasi,” he told us. His fender is from SKS that he bought from Bikeary.

(If you don’t have a fender, you’ll get very dirty.)

Aside from fenders, his Brooks saddle has a cover that he got from “I Want Japan” over Lazada. As a photographer, he always brings an umbrella too. But doesn’t use his umbrella while cycling.

Sandals will be handy too during heavy rides. This is what 21-year-old cyclist Jed Bautista told us. Perhaps the best bike accessory that he has that works best for the rain is his faux leather bag that can be attached to the handle bar or saddle. It looks stylish too.

“It has tools, phone, wallet and some important stuff that I carry. Nagamit ko na ‘yan sa anim na bikes at dalawang taon na sa akin ‘yan,” he said. He bought it at Lazada.

(Six bikes have used this and it’s been with me for two years.)

How about you, what’s the best bike stuff that you have for a rainy urban bike ride?