We’ve seen different bike lanes in the Philippines, with most of them installed in Metro Manila. We have painted, buffered, lighted and separated, among others. But perhaps, the most controversial are the protected bike lanes—the ones with bollards or concrete—where they give motorists a hard time to occupy the area that are meant exclusively for cyclists. 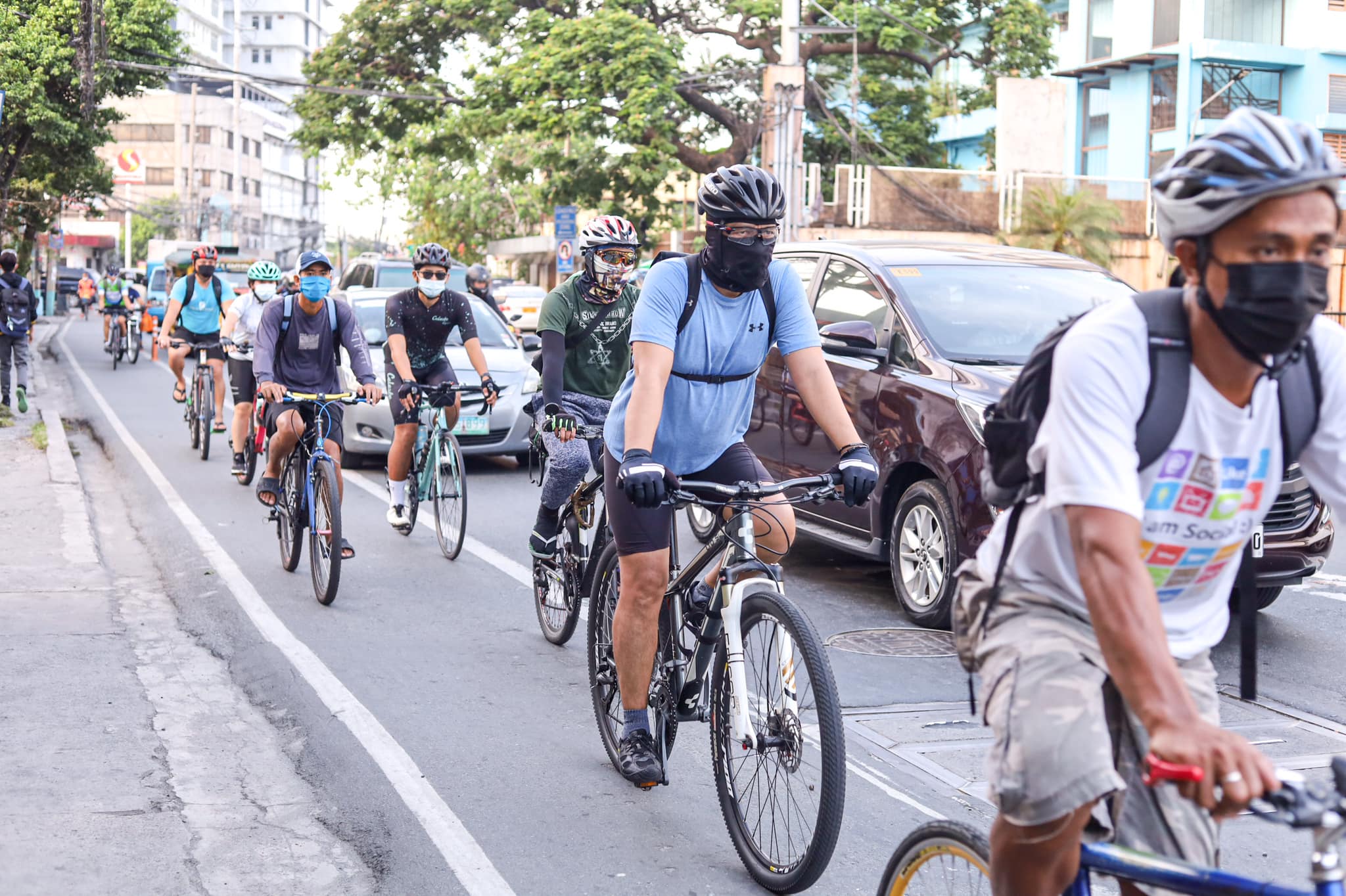 She’s assigned to clean Amang Rodriguez and she told us that in her three years of working as a streetsweeper, she had many encounters with numerous motorized vehicles.

We’ve seen different bike lanes in the Philippines, with most of them installed in Metro Manila. We have painted, buffered, lighted and separated, among others. But perhaps, the most controversial are the protected bike lanes—the ones with bollards or concrete—where they give motorists a hard time to occupy the area that are meant exclusively for cyclists.

The protected bike lanes of Pasig’s Amang Rodriguez and C. Raymundo Avenues are perhaps two of the most impressive bike lanes that we have seen because of the Pasig government’s decision to install bollards to protect the lives of cyclists even if it would limit the access of four-wheel drives to one lane.

While it is clearly praised by cyclists, some motorists are not happy with the bollards. They deemed it as the main cause of heavy traffic even though it’s obvious that cars occupy too much space on the road. Some call for its removal, which makes us feel that they don’t want bikers to be protected.

We went to these two avenues on a Thursday morning rush hour to check their situations. We also managed to talk about the protected bike lanes with important and vulnerable road users of these thoroughfares: the pedestrians and residents.

Melanie Molano, a 54-year-old Pasig resident who manages a small carinderia along C. Raymundo, said that she’s also in favor of bike lanes because they protect cyclists and herself since pedestrians get extra space away from motorized vehicles.

She recognizes that while bike lanes give safety and convenience to bikers, motorists lost a lane that they previously enjoyed. We asked her what could be the traffic problem and she told us that it was really the volume of cars.

Melanie calls her mayor “Papa Vico” as her term of endearment because she loves her so much. In fact, she even bragged about his other accomplishments during our conversation.

Last week, there was a fire in Baranggay San Miguel, Pasig. A few netizens blamed the protected bike lanes of C. Raymundo as the reason why some fire trucks weren’t able to arrive at the scene immediately, saying that the firemen were stuck in traffic. So we asked Melanie and Wilfredo, residents along this avenue, if this was true.

Wilfredo, meanwhile, said that the netizens’ report might be true to some extent, but not regarding the bike lanes.

The conversations were interesting as we got to know the thoughts of the residents regarding the protected bike lanes. We cycled the whole stretch of the two avenues and it felt safe every time we’re inside the bollards. Moreover, we’re more glad for the pedestrians because they get to be protected from speeding motorists too.