Noy Mesperos said that they were sleepless. When everything calmed down during the morning, he saw how devastated their hometown was. 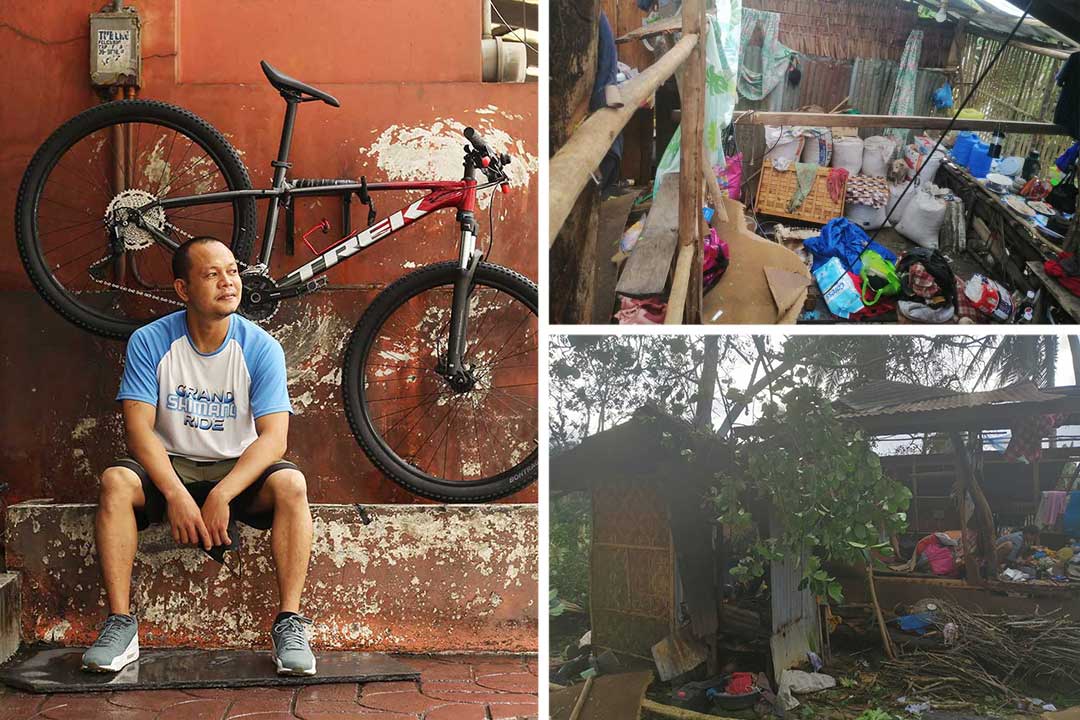 After 22 years of being away from his family in Bohol, trusted bike mechanic Noy Mesperos finally had a chance to fly home last December 15. It was supposed to be a fun reunion and vacation with his parents and siblings, until Typhoon Odette happened.

It was his first time riding a plane in his life and he was excited. From Bohol International Airport, there’s still a three-hour land travel to his hometown in Candijay, a small coastal municipality in this province.

A fiesta was set in their town, and Noy was assigned by his family to buy two pigs — something that they’d have for the festivity. It was supposed to be an early Christmas celebration too. But little did they know, in just a few hours after their preparations, the food that they were cooking would all go to waste and their small wooden house would be destroyed by strong winds.

It was a painful three hours in the middle of the night and all of his family members were literally under the wooden floor of their house, clinging on to their lives and protection against flying objects like tin roofs and coconut trees.

The bike mechanic told us that they were sleepless. When everything calmed down during the morning, he saw how devastated their hometown was. He said that there was no food left, rice grains were all wet and they only had kamote.

No fish were available either. Considering that they live near the sea, no fisherman was able to catch fish that night because the waves were too high. Sadly, he sighed, many people died in his community.

He said that clean water was so scarce that people had to walk far and fall in line for hours just to get supply. He also mentioned that gasoline was also difficult to get — he even said that he has witnessed fist fights in the queue.

Noy’s initial flight back to Metro Manila was a few days ago but he only got back yesterday. He’s working again in Basikleta Bike Shop in Quezon City because he needed to keep his job to earn money for the rehabilitation of his family’s house.

However, what he earns will not be enough to immediately help his family in Bohol recuperate. All of his savings, bonuses and the money that he’s supposed to use for his vacation were not enough to fix and build a decent house. He’s accepting donations from kind-hearted individuals who’d help his family rebuild their home immediately, at least in time for New Year.