Iloilo City Mayor: Muelle Loney should be open to bikes 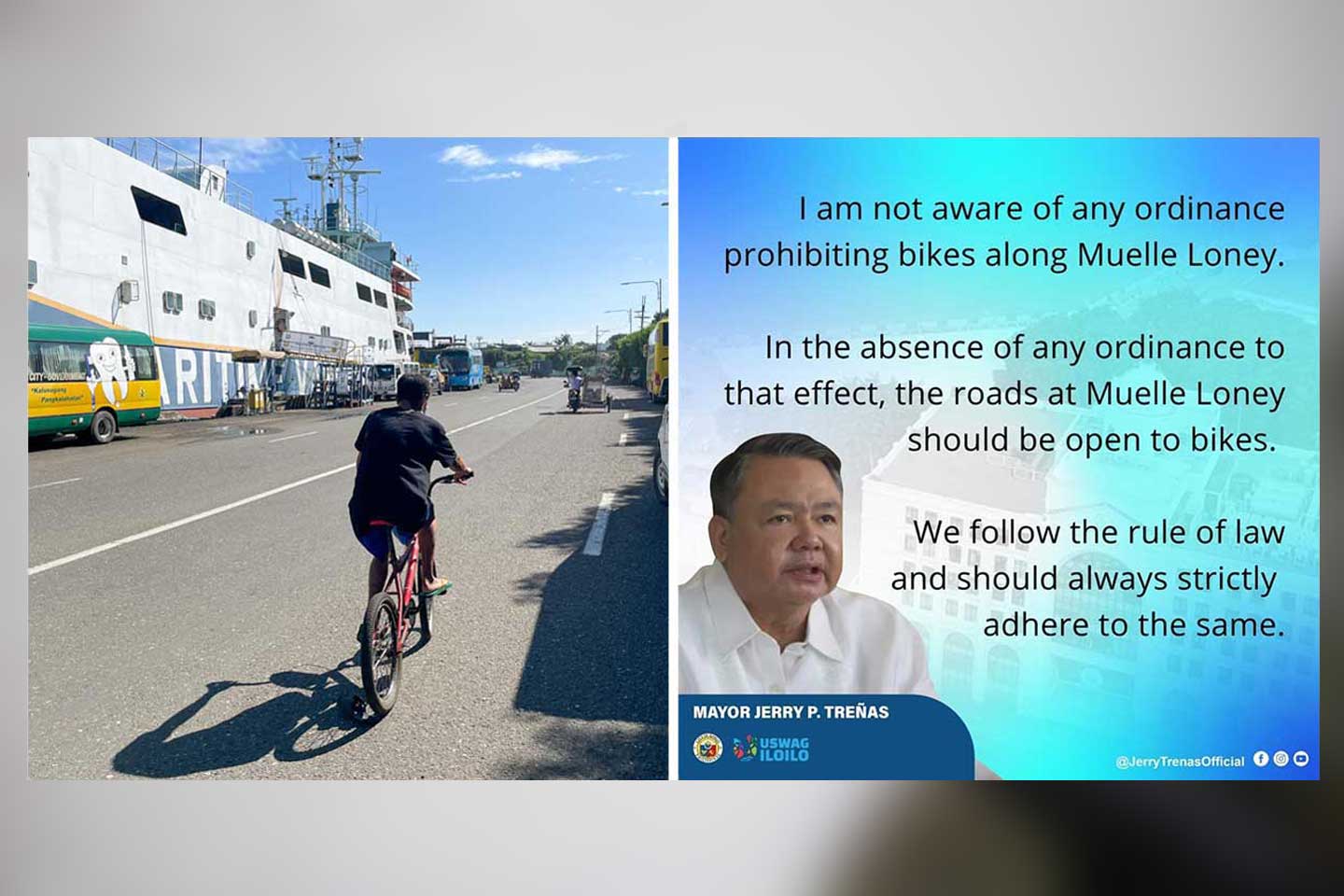 The Mayor has spoken. There’s no bike ban in Muelle Loney Street of Iloilo City.

On the evening of August 20, Iloilo City Mayor Jerry Treñas clarified on his Facebook page that bicycles should not be prohibited in Muelle Loney Street. He said that there’s no ordinance about banning bikes in the area.

Muelle Loney is a river wharf that’s used by the city as a port for big vessels coming from various provinces. There are residents living nearby, some rely on cycling as a mode of transport, and it’s a road that’s convenient in connecting people to different places like business establishments and leisure spots. Apparently, before the official’s pronouncement, cyclists were being stopped by security to ply along this street.

Coincidentally, that morning when the Mayor posted his announcement, First Bike Ride chief advocate Lester Babiera was stopped by a guard at Muelle Loney Street. He was on his way with a friend to City Mall – Parola coming from the Esplanade. It was literally his first bike ride in Iloilo City, a place dubbed as the bike capital of the Philippines.

He posted about his experience on Facebook and many cyclists from Iloilo shared his sentiments about cyclists being prohibited on the premises.

“Experienced this in the port area. I was just passing by and riding near the river side. Coast guard personnel asked me to circle around and find another route within the neighborhood where roads are bumped and cracked. After that I was discouraged to ride again in that area,” one Facebook user commented.

True to the city’s value of promoting cycling and sustainability, it was good that the Mayor has cleared the issue by announcing that bicycles should be allowed in Muelle Loney. After all, banning bicycles is quite contradictory to being bike-friendly.

Apparently, there are Ilonggos who believe that there’s a bike ban in this street. The city head’s Facebook post can put an end to false news circulating online regarding cycling on this road.

“Biking is prohibited in the port area especially during day time due to port activities where big trucks ply the area. There are alternative routes that you can use,” one user said.

Last July 31, Iloilo City had a grand launch at Festive Walk that announces it as the Bike Capital of the Philippines.