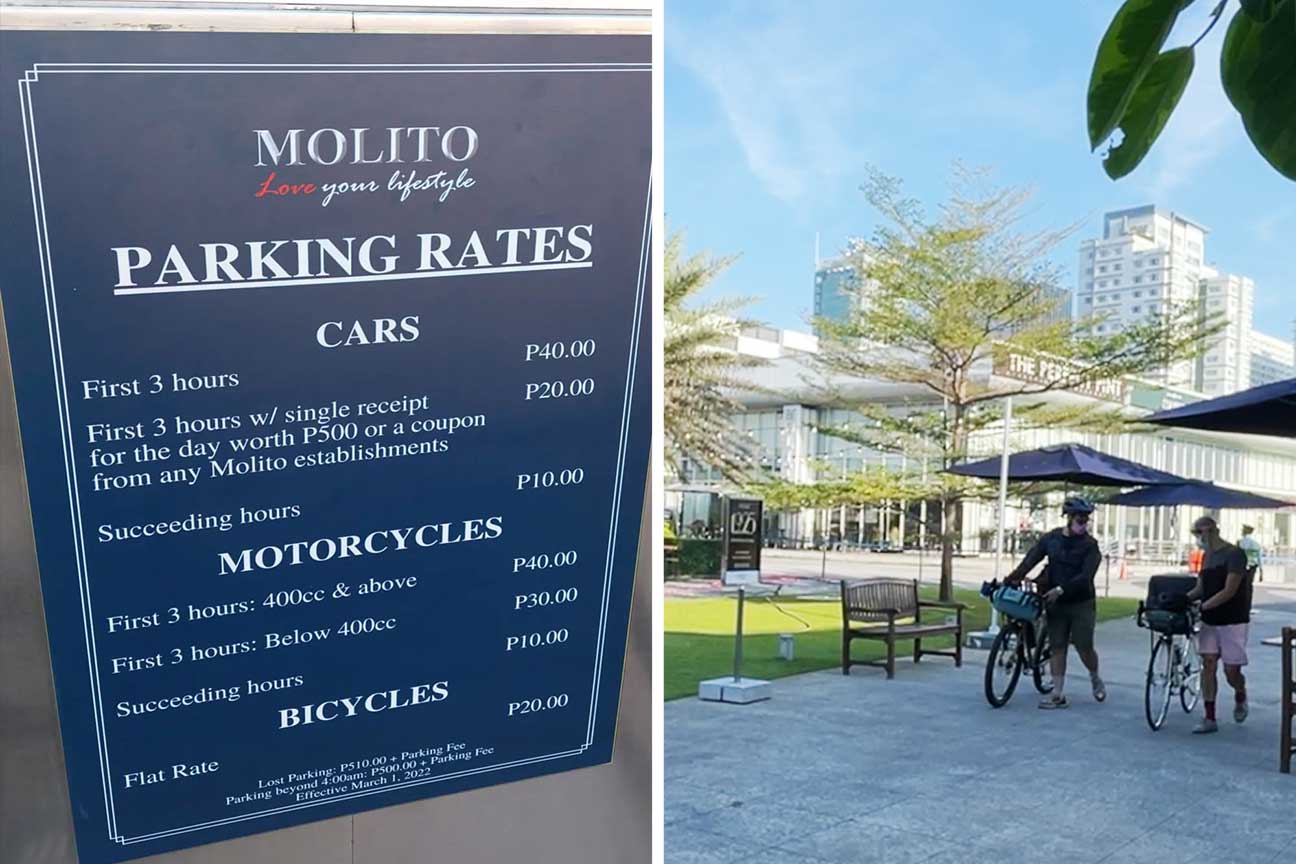 Customers of Molito Lifestyle Center in Alabang and other cyclists who go to this complex expressed their dismay online after the leisure hub imposed a 20-peso bike parking fee.

Will was surprised that his thoughts and concerns reached many people and he saw that many shared the same sentiments.

“What’s even more surprising is how my mellow rant has struck a chord with a great many, many of whom rely on their bicycles to eke out a living,” he wrote. “And to those who think I’m just riling up people and this is all just virtue signalling… fyi, it’s in my genes to sound off about anything I deem unjust and unfair.”

“Commercialism should have no place—not even a tiny parking slot—in our society,” he added.

As of this writing, the video has been viewed more than 82,000 times. And has garnered a lot of disappointing comments towards Molito Lifestyle Center.

The message of the customers were generally the same, calling the establishment to reconsider the bike parking fee rule. Some called Molito greedy and discouraging.

However, there are other cyclists who expressed that they’d agree for a 20-pesos fee only if the establishment would give an assurance that their bicycles are secured and protected. The question: is the bike parking situation in Molito good?

A tweet from a cyclist who frequent Molito Lifestyle Center shows its shaded bike parking — it looks bad. He also sent us pictures of the complex’ bike racks located in the far corner that’s usually blocked by motorcycles and cars. You see, the ideal bike parking is somewhere close to the owner or security guards.

“There’s this parking in Molito if you want covered, and there’s a guard, but it’s not secure, because there’s pretty much nothing to lock to, unless you’re lucky enough to be able to fit your bike under this barricade. Not very nice parking is it?,” the tweet reads.

How did Molito Lifestyle Center respond? Since the backlash, the management did not address the questions of its customers as of this writing. Instead, they removed its Facebook’s review section, limited the comments on social media and restricted the mentions on Instagram.

According to a reliable source, a shop employee in Molito told him that the number of customers is drastically going down since the lifestyle center imposed bike parking fee. Apparently, many businesses have a lot of cyclists as clients.

After this incident, malls near Molito Lifestyle Center posted on their social media that bike parking in their establishments are free and they value their customers who ride a bicycle.