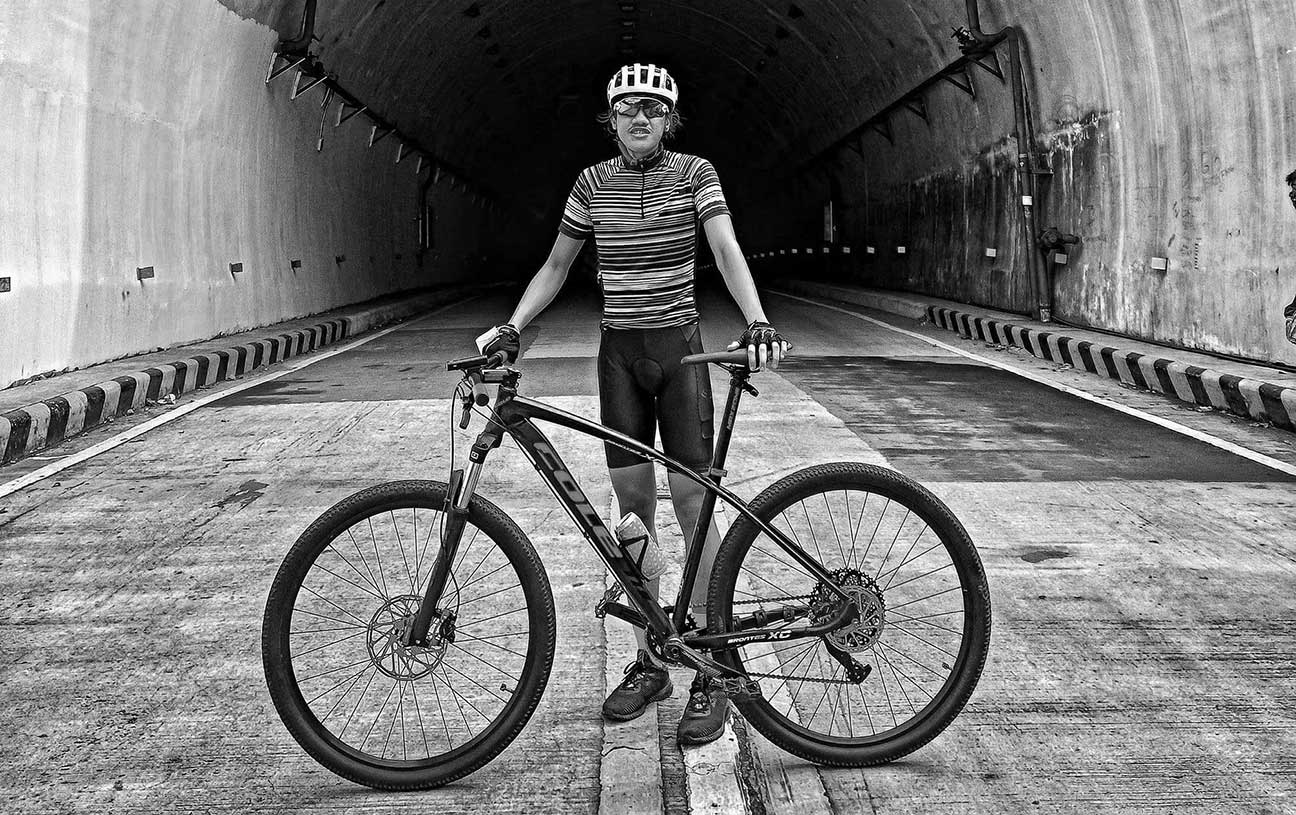 It has been two weeks since the death of 20-year-old cyclist Kenneth Ponce and his family is still seeking justice.

On October 3, Kenneth was gunned down while he was cycling along Baranggay Tabin 1’s Advincula Road in Kawit, Cavite. The biker was on his way home to Parañaque that Sunday evening after helping a friend who was moving into a new residence.

The Kawit Rescue found Kenneth’s body between 9:30 and 9:50 pm that Sunday evening. The results of the autopsy released the next day showed that the cyclist had a gun shot at his back that went through his heart.

The mountain bike of Kenneth, a Cole Brontes XC 29er in black, was missing too. The family of the biker told us that there’s a high possibility that robbery might be the main motive behind this crime and they would appreciate it if there would be information on where they could find the stolen bicycle.

Some bikers told First Bike Ride that the area where Kenneth died is a road that’s currently being developed as an extension of an expressway. They said that there are no street lights in the area and it can be very sketchy, especially at night. However, many leisure cyclists and commuters still choose to bike here because it’s most likely the fastest and the most convenient route going to places.

Who is Kenneth Ponce?

For his father Andrew, he is a caring and responsible son. He told us that every night before a bike day, Kenneth would always meticulously prepare everything for his ride — everything should be ready like his jersey, helmet, lights and the bicycle should be in its proper condition.

(We are confident that he’s safe even if goes home at night because this kid is very careful. He doesn’t go out of the house with incomplete accessories. When he’s bored, he would ask permission if he could go to Mall of Asia or Roxas Boulevard. We let him because he’s responsible on the road, he’s not careless. Even with his friends, he teaches them proper biking.)

Andrew added that his son loves to play basketball but when this sport was restricted during this pandemic, Kenneth resorted to cycling. He instantly became passionate about it, the dad recalled.

Instead of buying a ready-made bike from shops, his son carefully researched and assembled the parts of his MTB from scratch. The biker would save his money — those that were given to him during Christmas, his birthday and his few earnings from helping his family in their bread delivery business — for him to be able to buy bicycle components that he really liked.

He was a sweet son too. Kenneth, along with his other brothers, built a bike for Andrew that’s in his proper size so the patriarch could join them in random short rides inside Parañaque and nearby cities. The father told us that his son decided to give him a new bicycle because the 26er that he was using was too small for him.

During group rides, Kenneth would be fast but would always look back to check his companions. Even though he is the athletic kind, he would never feel competitive when he’s with other people and would wait for the slower ones so they could all enjoy the trip together.

(It happend on a Sunday and he was at home that Saturday night. Actually, he massaged me and that was our last bonding.)

That’s why it was so painful for this father when he learned that his son is already gone. On that dreadful Sunday night, he received a text message from rescuers in Kawit saying that his son was rushed to the hospital. He initially thought that it was just an accident from cycling.

(Honestly, it is still painful even now. I feel sad whenever I see young cyclists. It’s like my heart is getting pierced. I pray to the Lord that my family can overcome this.)

Aside from being a helpful friend and the funny youngest brother, Kenneth is active in his community too. This pandemic, he signed up to become a contact tracer in Parañaque and volunteered to assist in the local government’s vaccination program.

This biker had so many dreams, one of those was hoping to be able to work on a cruise ship someday.

One death is too many. We demand justice for the death of Kenneth. First Bike Ride is also asking our government officials to create safe spaces for cyclists because incidents like this should not be happening — proper enforcement, well-lit streets, installation of CCTVs and intensified crime-prevention programs, among others.

In 2016, a cyclist was also gunned down after a road rage incident in Manila. The murderer was jailed and justice was served. We hope it goes the same with Kenneth’s case.

(First of all, we want justice for the passing of Kenneth. This should not happen to other young cyclists and we hope that the government takes action. I hope they put up lights or CCTV so the bikers are safe.)

We express our deep condolences to the family of Kenneth Ponce. The government of Kawit is currently doing an investigation about this incident and it is giving a 200,0000-peso reward to anyone who can point out the culprit behind the biker’s death.

Photos from Girlie Ponce, the mother of Kenneth.