City Mayor fined for not wearing a bike helmet: for real or PR stunt?

Instead of focusing the energy on giving the burden to the cyclists, why not channel it to those that can really harm people: it’s the speeding motorized vehicles and the bad pavements. 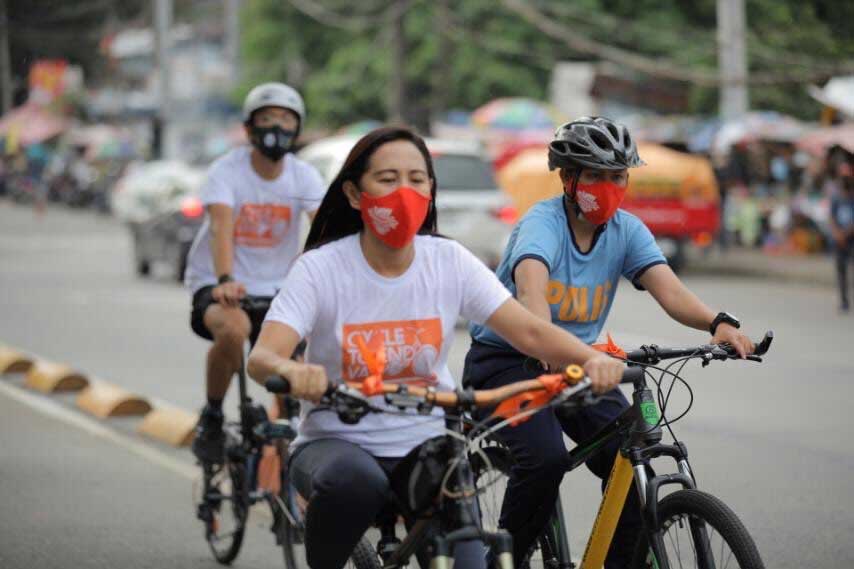 Quezon City Mayor Joy Belmonte was apprehended by the city’s Department of Public Order and Safety (DPOS) for violating City Ordinance 2942-2021, or basically their rule that penalizes bikers who traverse its roads without a helmet.

It’s not just Belmonte who was fined that day but also Cherie Atilano of UN Food System Champions. The two were participating earlier today, November 25, in the event “Cycle to End Violence Against Women.”

There were cheers and jeers from people on social media upon the release of this news. Some lauded the DPOS for its strict implementation of rules while others were saying that it’s just for show, a PR stunt.

Apparently, the mayor had a helmet earlier that day but she chose to give it to another participant who didn’t have one.

To be honest, we’d also do the same, especially when the other person is a newbie or who’s just starting to ride a bicycle in the open roads. After all, the group cycled along the city hall, Elliptical road and Agham — while it has protected bike lanes, there are parts of it where pavements are really terrible that can make new bikers fall off their balance and hurt their heads.

Belmote traversing the protected bike lanes safely during whole stretch of the route shows that a helmet is unnecessary if roads are safe — separated from speeding motorized vehicles and smooth pavement, among others) and if the cyclists are biking in relatively safe pace (in short, they’re not speeding like a racer).

Better and livable cities across the globe don’t implement helmet laws for bike commuters, particularly adults. Good examples are cities in the Netherlands, Japan and Germany, among others.

Well, one would say that we’re not like first world countries. If that’s the case, wouldn’t regulation for those that can actually hurt people be better than putting the burden on bikers who know how to cycle safely? In this particular case, just like the Mayor?

Sure, helmets can save lives. It’s a personal protective equipment. But we don’t believe that a helmet law is necessary in places where pathways should be safe. For us, it’s like requiring a face shield in outdoor areas — oh wait, that became a thing, right?

Instead of focusing the energy on giving the burden to the cyclists, why not channel it to those that can really harm people: again, it’s the speeding motorized vehicles and the bad pavements.

Belmote and Atilano were charged 500 pesos each for the offense. To clear the violator’s names from their offenses, they should fall in line along with other people caught violating traffic rules and safety health protocols of the city. Settling is done at the City Hall’s DPOS building.

A DPOS officer we asked a few months ago told us that if one fails to pay the fine in five working days, a subpoena will be given.

In any case, today’s event by the Quezon City is a campaign to end violence against women — a good initiative in creative safe spaces for the female community. Abuse has been rampant in the Philippines and one incident is one too many.