It’s now easier to ride your bike in Quezon Avenue—not perfect but better. 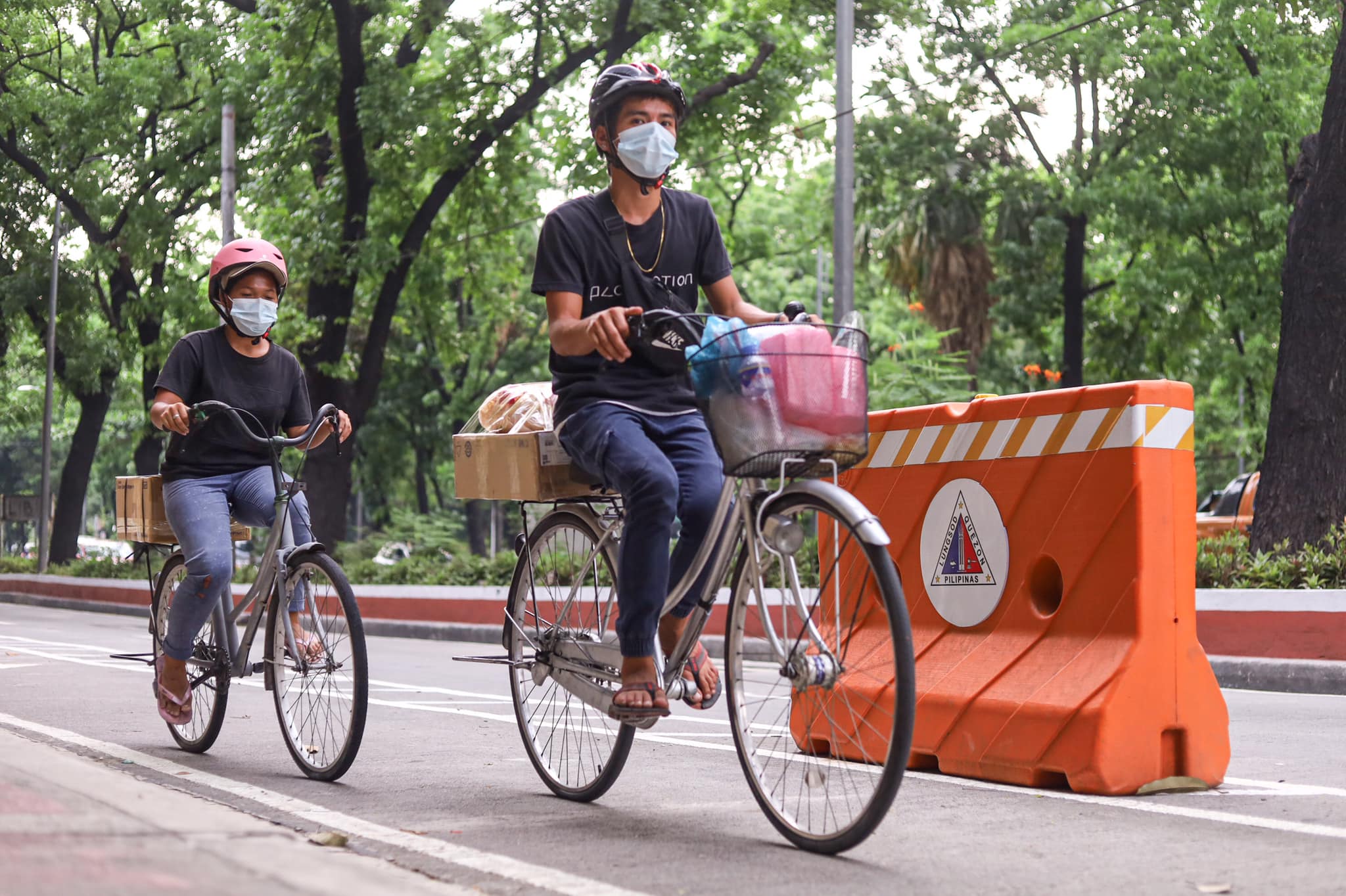 Bike lanes are all over Metro Manila and some parts of the country, an evident proof that the Philippines has been acknowledging cycling as an important mode of transportation and that cyclists need to have their own space on the road.

It comes in different kinds and sizes. There are protected ones which separates the bikers from motorized vehicles through bollards, low concrete barriers, plastic barricades, movable poles and potted plants, among others. The most common is the painted bike lanes, something that doesn’t give much security but are very much welcomed by most cyclists—it’s better than nothing for now, we should say.

Recently, we had a Saturday afternoon ride along the service road of Quezon Avenue from Timog to Elliptical Road and it was surprisingly easy and fast. It has changed so much from the last time we biked here last February and has drastically improved from 2020.

The stretch that we mentioned has a 1.5-meter bike lane with a painted buffer zone. The space is protected by big orange plastic barricades that are strategically placed so four-wheeled rides can enter establishments and other entrances but at the same recognize that they are not allowed to drive along the bike lanes.

The local government of Quezon City (QC) deciding to put orange barricades on the service road is awesome. Some bikers told us that they were surprised because they don’t expect any protection from narrow paths like this.

This just shows that small roads can have protected bike lanes.

Four-wheeled automobiles, mostly public utility vehicles, are now only given one lane on the service road with enough space allocated for motorcycles too. Well, motorized vehicles still have so much space on Quezon Avenue so it will be weird and selfish if drivers would wish to remove these protected bike lanes.

What’s nice about the barricades is that cyclists can easily have the option to exit the bike lanes. For example, there are many pedicabs near BIR road and the gaps between the orange plastics can conveniently give cyclists the opportunity to overtake.

The whole stretch is generally refreshing because there are so many trees. It’s always a treat cycling beside the Lung Center of the Philippines.

There are still many things to improve, though. The flow of traffic for the convenience and safety of everyone should be noted, especially in busy areas like intersections and loading-unloading zones. Uneven roads are also present but we see that QC is proactive in fixing bad pavements.

Enforcement can also be heightened because a few motorized vehicles still disrespect the bike lanes.

The orange barricades are great too but to borrow a common word we usually read in the awesome Facebook group Home Buddies, it’s “eyesore.” Plus, it’s still temporary and some of it moves—perhaps by an irked individual or it gets hit by a vehicle. We suggest making the protection permanent like the fixed bollards or cemented barriers.

We’d like to say good job and thank you, Quezon City Government. First Bike Ride wishes to see more of these in your other roads, your constituents would definitely love to have these protections in their areas too. We hope other local government units will follow as well—the imagination of having a bike-friendly Philippines someday gets closer to becoming reality.