The plan was simple and easy: the volunteer cyclists go around Enrile and they just have to stop whenever they see stray dogs. They put a good portion of wet and dry pet food on top of banana leaves and let the animals enjoy it. 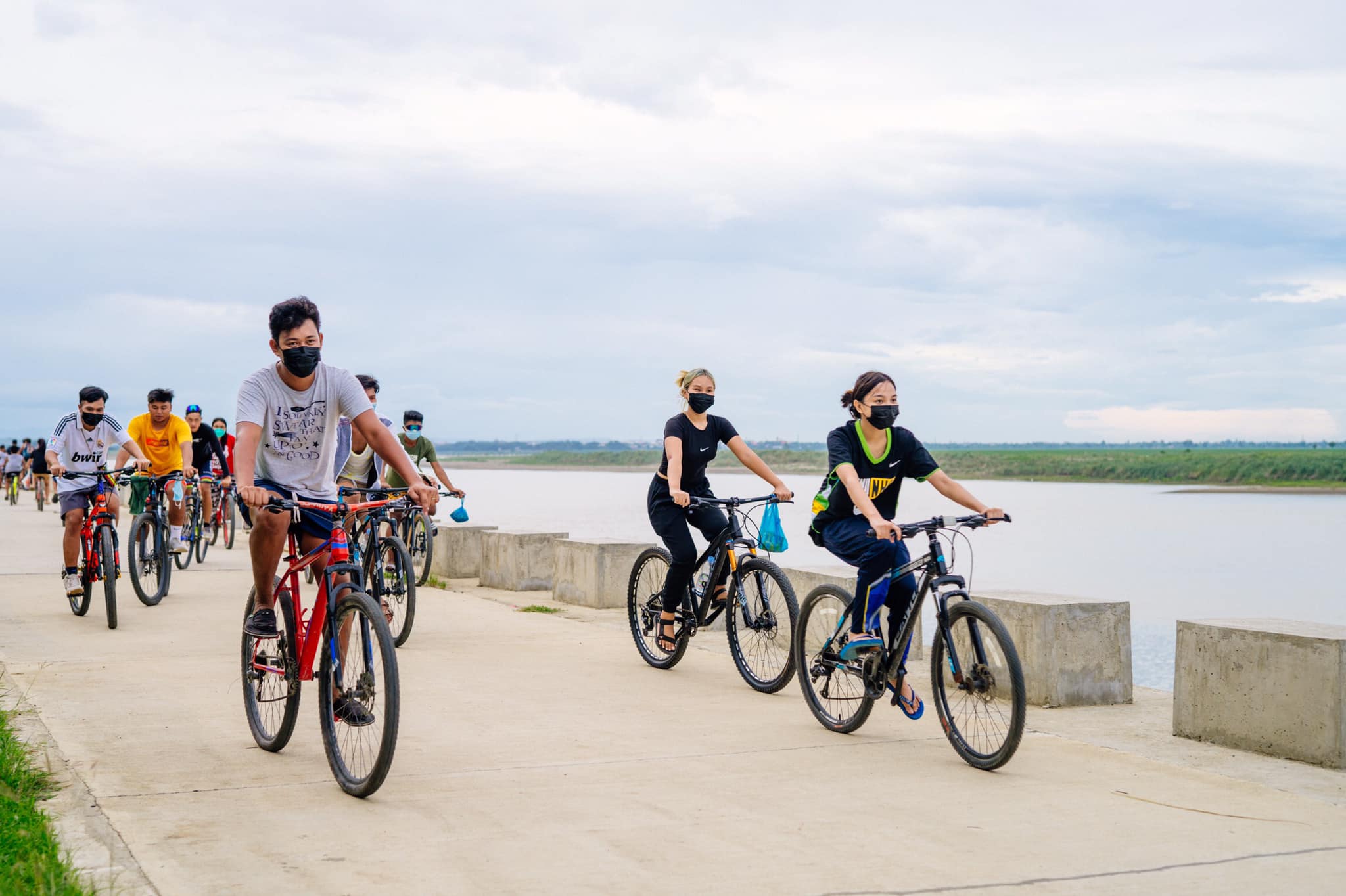 When typhoon Ulysses devastated Cagayan Valley last year, help of different kinds came immediately from people all over the world. One of those groups who quickly organized and took actions in collecting donations was “One Cagayan.”

One Cagayan is a private group that was formed because there was an urgent need to help the people who had their homes flooded and livelihood destroyed. It’s run by Tuguegarao-based friends Josa Bassig, Marcianne Carag and Humbeline Babaran.

They received monetary donations, food, drinks and other essential items. But among these donations, they were surprised that there were sacks and boxes of dog food included.

(Bayanihan Para sa Pilipinas donated these last year. They gave hygiene kits and we were shocked because they gave dog food. We put it aside because we wanted to hand out the relief goods for the people because that’s more urgent.)

The donations were so overwhelming that they were still able to give relief goods even months after the floods subsided. Josa even recalled that they were supposed to donate the pet food to community pantries. However, they thought that it would be better if they gave it directly to stray dogs.

They decided that it’s more eco-friendly to distribute the dog food while cycling because using a car produces too much pollution, especially because they’ll be needing to constantly pull over and wait. Cycling is practical too – they just have to stop and feed, with the convenience of easily navigating the inner streets of Cagayan Valley.

This feeding program was supposed to be done by only three people: Marcianne, her friend and Josa with a borrowed bicycle. This should have happened months ago, however, plans kept on changing because of quarantine restrictions and issues on logistics.

(We had many plans that changed. Then we called volunteers to have a fast distribution. Originally, it’s supposed to happen in Tuguegarao only but we extended it to different municipalities of Cagayan.)

The first dog-feeding program of One Cagayan happened yesterday in Enrile, Cagayan. Apparently, there are many stray dogs in this municipality. Since there’s a cycling boom in this province, Josa easily gathered 14 volunteers. Most of them came from the community pantry that she helped organize and a few cyclists from local bike club “United Cyclists of Enrile.”

The plan was simple and easy: the volunteer cyclists go around Enrile and they just have to stop whenever they see stray dogs. They put a good portion of wet and dry pet food on top of banana leaves and let the animals enjoy it.

The group consulted a veterinarian prior to this program. The cyclists were advised to distance themselves from the dogs and they were not allowed to pet them because the stray animals were probably not yet vaccinated and dewormed. If the aspins look aggressive, they were told to just leave them in peace.

Aside from the dogs, the residents of Enrile were really surprised and we’re glad that this initiative happened.

(There were households who said that the dogs might not like the pet food because they are used to eating rice and they have never tried the canned ones. Then they saw that dogs were really enjoying the donations and the people were so happy. They wish they were given food too.)

It looked like these stray dogs only rely on the mercy of the people in Enrile who can feed them. You see, this is a place in the Philippines where people can still have a hard time providing their needs for themselves. The dogs can be lucky too if they see random food on the streets.

One Cagayan plans to distribute another round of dog food to stray dogs in Tuguegarao this week. They also plan to use some of their funds in feeding stray cats because they received reports that there are many hungry felines in other municipalities of Cagayan Valley.

There are more initiatives like this from different parts of the country where cyclists feed stray dogs and other animals. That’s pretty awesome!