Remembering Ian Pelingon, the young biker hit and killed by a drunk driver in Pateros

No matter how careful Ian was, wearing his high-quality helmet and protective gears, his life was not spared by an irresponsible driver who drove a car while intoxicated with alcohol. 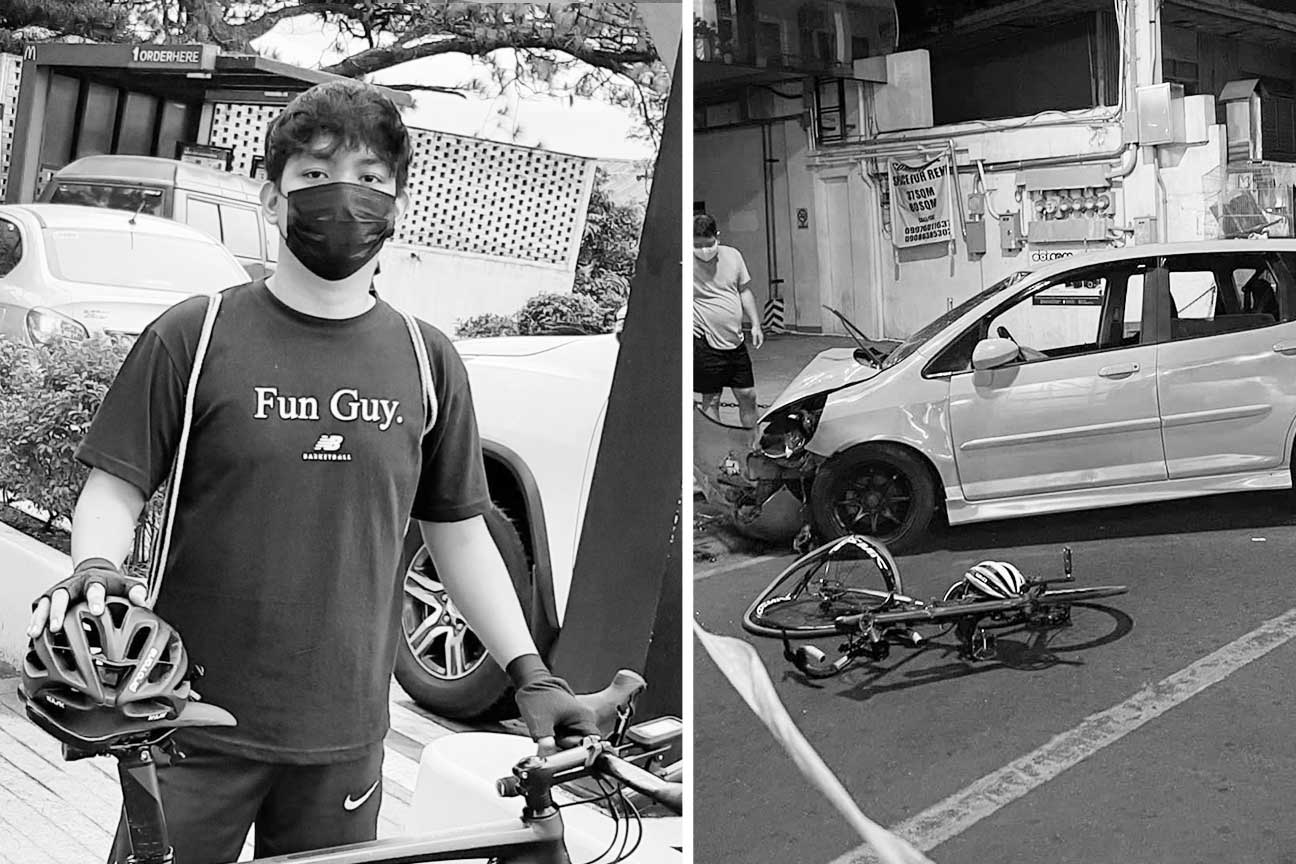 On January 10, at around 8:30 in the evening, Ian Pelingon was cycling back home when a drunk driver fatally hit him on a small street in Pateros. He was just ten minutes away from his destination.

Ian was a very responsible cyclist, his friends told us. He would invest in high-quality helmets and would equip his bike with safety devices. They also told us that the 22-year-old biker would always remind them to bring their lights and would get frustrated whenever they forget. When he is biking, he always positions himself on the safe side of the road.

But no matter how careful Ian was, his life was not spared by an irresponsible driver who drove a car while intoxicated with alcohol.

Ian learned to ride a bike in his late teens. His friends would recall that he would just borrow a BMX and practice until one day, he arrived at his friend Justine’s birthday party riding a bicycle all by himself.

He got more passionate about biking during the pandemic when he started doing longer rides outside their neighborhood in Taguig. His friends recalled that from their area, they’d usually cycle to C6 or to Mall of Asia until they found themselves doing lengthy rides.

The three of them would regularly ride and Ian would always initiate. The biker would ask Adambryan and Justine if they’re up for a certain destination and he would be the one who would map the routes.

They saw how Ian improved — from biking to Antipolo with no preparations at all to being the responsible leader of the group who would encourage them to bike and wait for them whenever they’re left behind.

This is why First Bike Ride and other mobility advocates continuously fight for us to have safe roads. Drunk driving is a problem that’s been killing many people in the Philippines. It’s not just the car that gets injured or the driver that gets hurt or killed — it’s also the innocent individuals like pedestrians, cyclists and other road users.

We don’t want to call this an accident because it’s always a choice not to drive intoxicated. And above all, it’s against the law to drive under the influence of alcohol.

The drunk driver who hit and killed Ian is 34-year-old Lorenzo Villanueva. He’s a resident of Makati and he came from Taguig that night. He had a passenger who sustained injuries.

According to PMSg Raffy Castillo in an interview with Pateros News Today, there was a parked motorcycle on the side of the road and the drunk driver “ramped” it. The car used was an apple green Honda Jazz.

Ian was a hardworking person who has so much potential ahead of him. He was about to reach his dream of becoming a licensed Electronics Engineer. In fact, the biker recently bought reviewers in preparation for the board exams.

We don’t want another life to end because of murderers behind the wheels and we call for stricter rules against drunk driving. We hope that Ian gets the justice he deserves and may he rest in peace.

The friends of Ian would like to thank those people who helped them and his family during this hard time. They’d also like to thank bike shop Bikelane Alabang for helping them in the bike quotation needed by the police.