“Germany supports cycling as a form of sustainable mobility and a healthy lifestyle. The positive growth of cycling enthusiasts, commuters, and advocates in Metro Manila is a very welcome development.” 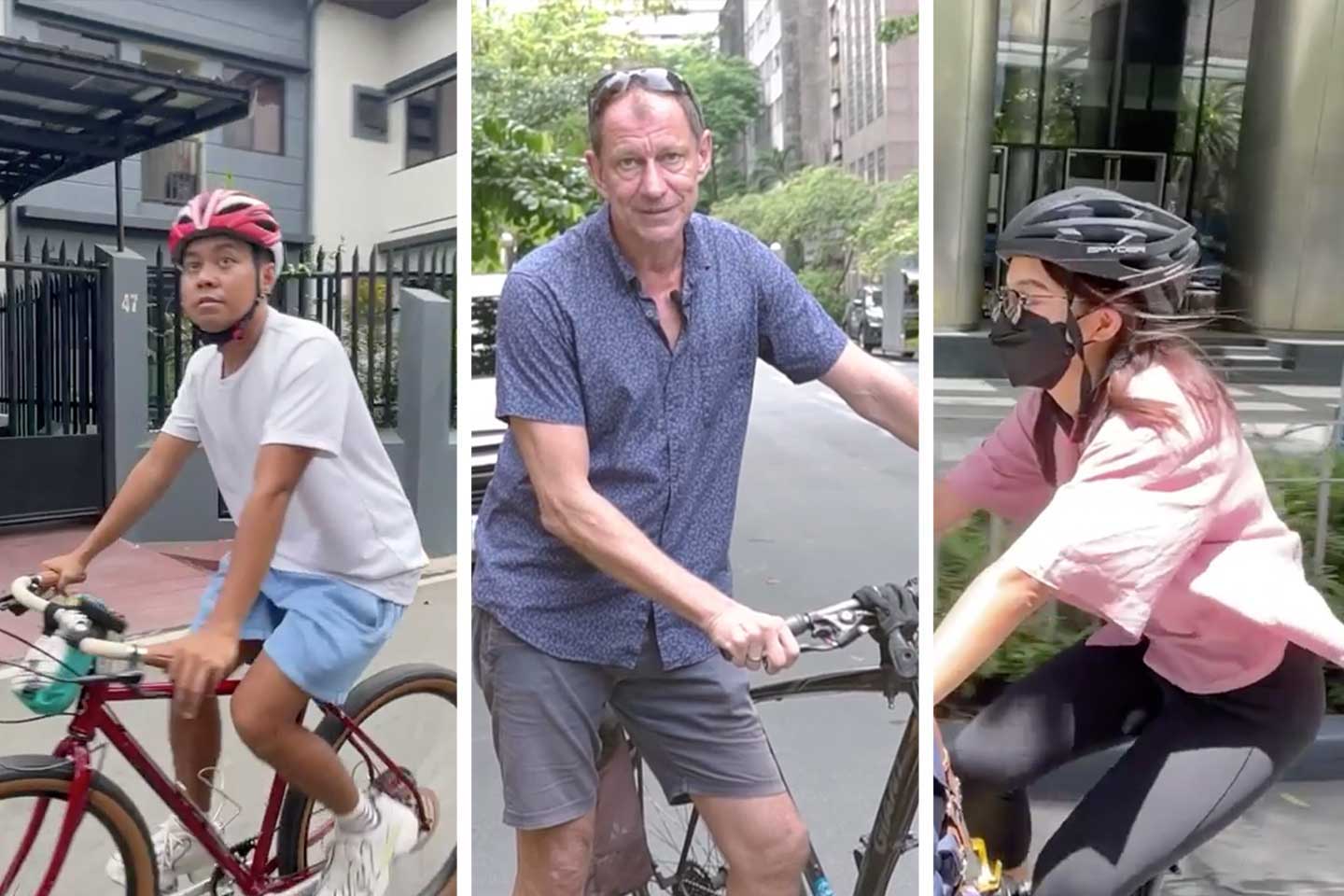 Metro Manila saw a great increase of cyclists during the pandemic. Aside from more bikers on the roads, bike lanes have been evidently present to help people on bicycles travel conveniently and safer.

The German Embassy Manila, in partnership with First Bike Ride and Catnip Studios, released an advocacy video titled “Cycling in Metro Manila: Riding towards sustainable solutions” on World Bicycle Day to give a glimpse on how it is to ride a bicycle in Metro Manila, its challenges and the importance of cycling infrastructure.

“Since the pandemic hit the Philippines two years ago, the number of cyclists and bike lanes in Metro Manila have greatly increased. However, much is to be done if Metro Manila wants to fully transform into a cycling city,” the German Embassy Manila said. “Germany supports cycling as a form of sustainable mobility and a healthy lifestyle. The positive growth of cycling enthusiasts, commuters, and advocates in Metro Manila is a very welcome development.”

Dr. Georg Maue, Commercial Counsellor of German Embassy Manila, regularly rides his bicycle for commutes in Metro Manila. He champions the benefits of cycling but saw that there are still things to improve in the Philippines to make biking better in the country.

In the video, he’s cycling along protected bike lanes and slow streets in Makati. Maue is also seen biking along challenging roads like painted bike lanes with obstructions.

“If there’s one positive aspect brought to us, because of the restrictions and the lockdowns, Metro Manila all of a sudden became a cyclists’ city more or less overnight for the span of two years,” Maue said. “Sure, it can’t compare to cities like Amsterdam or Copenhagen but cycling was basically as invisible on the roads in Metro manila and it grew in a very short period of time and that’s impressive by itself.”

He added, “The question now is, ‘will cycling persist as the pandemic slowly reverts to a new normal or was it just a fill in alternative due to the lack of public transport like buses and jeepneys?’”

Bike commuters gave their thoughts and opinions about their experiences cycling in Metro Manila.

Rey Oora, a bike commuter since 2005, said that he started doing a 4-kilometer bike ride to his work during his first few years of cycling. But now, he’s doing 40 kilometers daily. He said that it’s possible to ride a bicycle in the city but the pandemic managed to make it more evident to the public.

“I was able to save money. But more importantly, I saved time. I was usually late. That changed when I started bike commuting, I wasn’t late anymore so I realized that this was a solution,” Oraa said.

Michelle Baldevia, an office worker who started cycling last December, is relatively a newbie bike commuter. She said that cycling saves her time, money and energy. However, she mentioned that it can be quite a hassle riding a bicycle in the metropolis.

“As a cyclist, it’s very challenging to ride our bikes in our cities because of the lack of protected bike lanes, the existence of potholes in some bike lanes and also obstructions that we encounter around,” Michelle said.

First Bike Ride founder Lester Babiera emphasized that a good cycling infrastructure is the key in making people ride a bike in the city. He believes that cycling should be encouraged because it’s a sustainable form of transport.

Biking is clean, saves space on the road, produces minimal noise and an effective way for cities to reduce their carbon emission.

“I believe that if we have better bike infrastructure, more people will go out and use their bicycles on the road,” Babiera said. “Better cycling infrastructure is definitely the greatest motivation that anyone — any government, any institution — can give to people to go into sustainable transport.”

Watch the video produced by the German Embassy Manila that showcases how cyclists in Philippine cities ride their bicycles, the bike lanes and other bike infrastructure with some initiatives from Allianz PNB Life Insurance, Inc.