Doctor saves life while cycling to a community pantry

Long Haul Doc in action: while on a bike ride to a community pantry, this emergency doctor stopped to respond to patients who figured in a traffic collision. 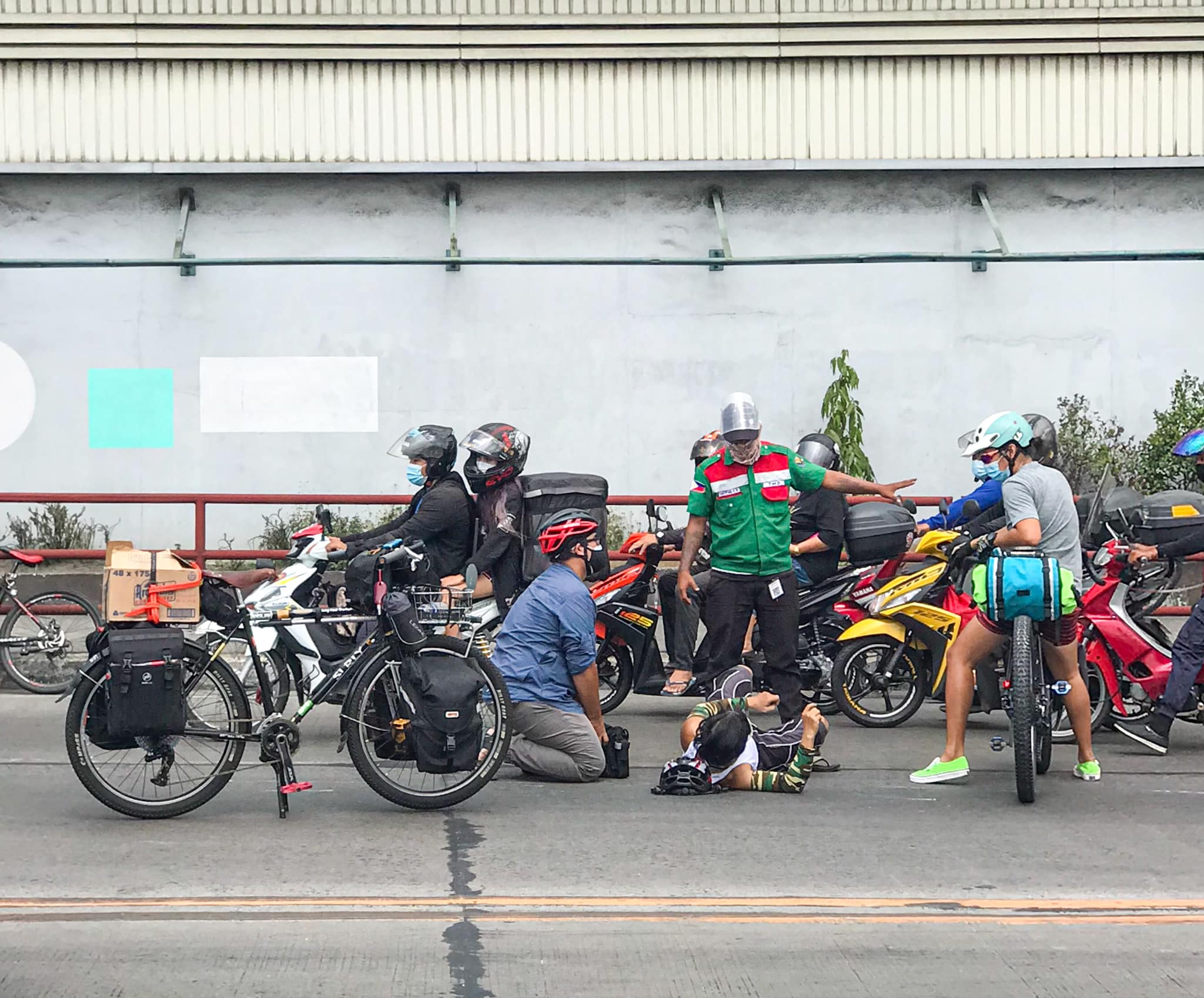 Emergency Doctor Andro Umali was cycling yesterday to deliver donated items to a community pantry in Valenzuela City when he needed to stop after seeing injured men on MacArthur highway.

It was actually his friend Paolo Esguerra who first saw the scene and asked Andro, “do you have to do anything about this?” The doctor evaluated the situation and quickly acted: he parked his bike and assessed the patient.

Apparently, according to the witnesses, a motorcycle hit a cyclist’s rear wheel that caused both of them to fall. The biker had the more serious injury.

The doctor added that someone tried to make the rider stand but he couldn’t and that there was blood on the patient’s back when he rolled over. Thankfully, he’s not in critical condition and the situation was pretty manageable. Andro, as part of his duty, stabilized the patient while waiting for the ambulance.

If you’re wondering, Andro usually carries so many things in his bicycle and it includes his medical kit.

“As an emergency doctor, you’re in the field, I have to be prepared to help. I just bring a kit when off duty but you have to rely on other systems as well,” he said. “Baka kasi the situation that you’ll encounter ay malala. Studies have shown that the earlier the system is activated, the better the patient outcome.”

He’s off duty that day. Andro, along with some friends, were helping deliver items from the donation drive to a community pantry in a small area in Valenzuela. Moblity page Mobile in MNL organized this drive.

Using his trusted bicycle, this doctor was able to deliver two squashes, a box of canned corned beef and 96 packs of biscuits. It also includes dozens of instant noodles and kilos of rice. His other friends were able to carry cupped noodles, biscuits, sanitary pads, diapers and coffee, among others.

We were able to personally see what Andro and Paolo did. It was awesome. Aside from these guys’ initiative to help, we were also amazed on how their bicycles became useful in terms of immediately acting in emergencies like this.

You see, they were able to park on the spot without taking up much space to inconvenience traffic flow. The bicycles also became tools to inform other road users that there’s a road emergency.

During a conversation with Andro, he mentioned that the concept of bike Emergency Medical Services is common in Europe. He added that there are doctors in Cebu who are doing this as well. That’s very desirable, especially in the Philippines where an ambulance can get delayed in responding because of bad traffic.