Semplang club: Why this newbie to mountain rides is shifting to disc brakes 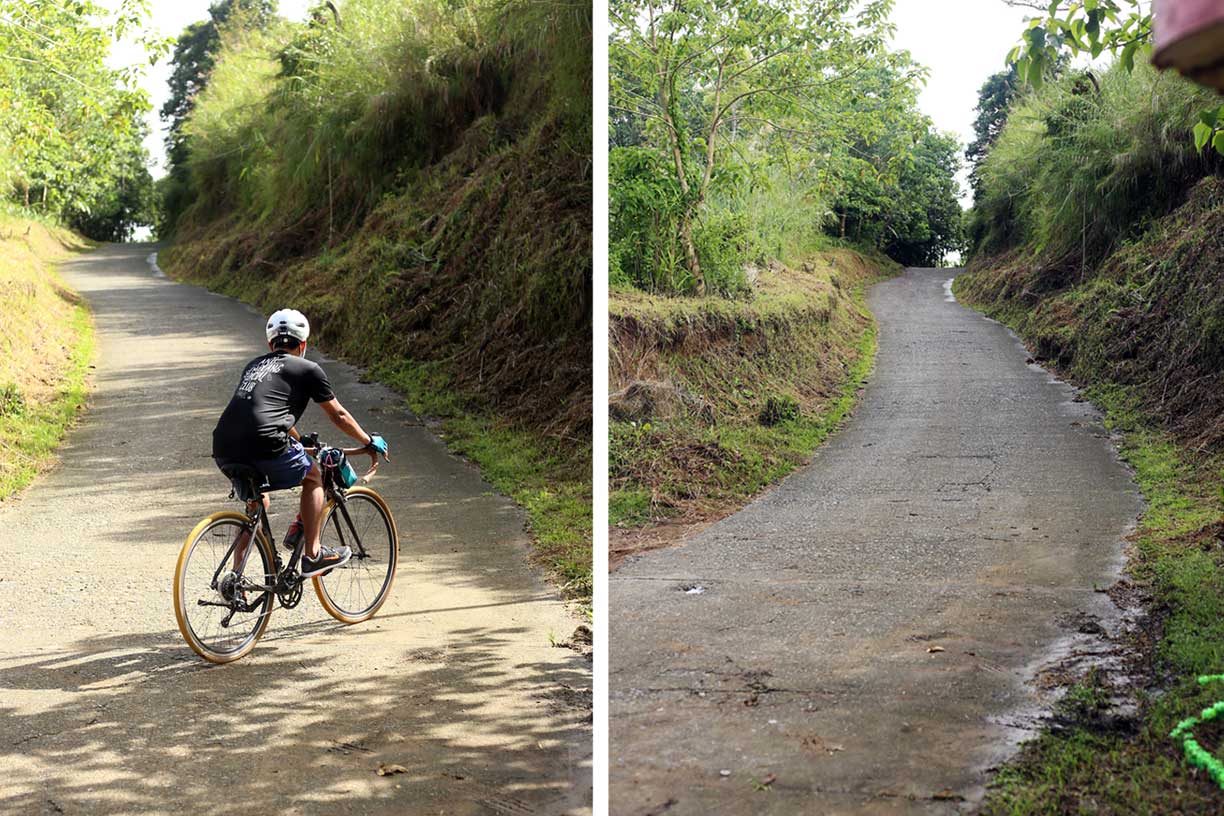 I’ve only been cycling for about a year and a month and during those 13 months of traveling on a bike, I already had three “semplangs” that I can consider terrible — traumatic at some point.

The first one was when I was biking with friends along P. Noval Street in Manila where my 23c front tire entered a big drainage hole. I flipped over. I did not incur any major injury but I had a big bruise on my left palm, making it difficult for me to bike for three weeks.

After a few months, I was invited for a bike trip by awesome professor Joselito delos Reyes in Lucban, Quezon and we had a breathtaking 80-kilometer loop in this beautiful province. There were rain showers that day so the pavement was wet and was surrounded with slippery moss. My second fall happened here while I was enjoying a steep downhill ride.

I slipped, went down sideways with my arms scratching the cemented roads of Quezon. While I was able to finish the loop, that fall was distressing. Everything was relatively okay, no broken bones, except that I had to suffer for a month with an injured left arm.

Some would say that these accidents could perhaps be manageable if I had better biking skills. Well, I was a newbie back then and it was definitely a learning experience.

The blame game was directed towards my 23c tires. So I immediately changed to wider ones, the largest size possible that could fit to my Tern Clutch. Finally, I found a 35c yellow Gravelking Panaracer and we had to hammer a small part of my bike’s frame so the rear wheel could spin properly.

The wider tires feel great and since I’ve been gaining more cycling experiences, I thought I was semplang-proof. That was until my Lipay mountain climb in La Union.

We were cycling last week in Lipay, a small area in La Union’s San Gabriel town. It was an incredible mountain route: there were lots of trees, less motorized vehicles, amazing views and long difficult uphill roads. The only problem I had was halfway down — the road was so steep that it triggered the trauma from my Lucban’s fall.

To be fair, I tried the first stretches of the downhill ride. It was crazy. While my friends were enjoying the adventure, I was fearing for my life.

We checked the brakes prior to the ride and it was fine but the super steep downhills made it hard for my wheels to have an instant full stop.

You see, the Tern Clutch has rim brakes and it works well in city rides, the kind of cycling that I usually do during the past year. But in my experience in Lipay and other mountains like Baguio’s Happy Hollow and some slopes in Rizal’s San Mateo, making a full stop with this kind of braking system can be difficult.

As someone who likes to control the pace, slowing down most of the time, I’m always using my brakes and I tend to replace my brake shoes frequently. Rim brakes can be troublesome too when your wheels get wet as they make it difficult for the pads to have effective contact with the rim.

Since I’m planning to do more adventure cycling, conquering mountainous routes and rougher terrains soon, the first consideration when I bought a frame a few months ago was that it must be a gravel bike with disc brakes.

A disc brake applies force on the rotors located in the middle of the wheel while a rim brake stops the spinning from the edge or rim of the wheel.

Why do I prefer disc brakes? It is more efficient, reliable in different weathers, and it has more stopping power than rim brakes.

I’m pretty sure that it takes more than the brakes to have better and smoother cycling experiences in the tougher trips that I’d like to take but I believe that getting on discs would give me more assurance of being safe on scary downhills.

Among these products that we saw on the kit, we’re very much interested in the carbon road bike that has disc brakes and the mountain bike frame.

However, we have yet to try and see these bicycles in person so we can’t give a review about it. But we’re glad to know that a local brand has made their popular road bike in disc brakes that can now be easily accessible for Filipino cyclists, especially for roadies and enthusiasts who would like to cycle on steeper pavements and those who’d like to have more efficient cycling.

Vloggers Unliahon, Ger Victor and The Cycleologist have uploaded their videos about these new frames. We’re confident that these awesome products are good and are worth the money. Afterall, MOB Philippines has been in the local cycling industry for around 23 years and it has established a good reputation through its trustworthy and awesome bicycles.

For more details about their new release, visit MOB Philippines on Facebook.

The author of this essay is Lester Babiera, the dude who created First Bike Ride. If you wish to submit your cycling stories to First Bike Ride, shoot us a message at hello@firstbikeride.com.