Bicycles are getting stolen in the security of their owners’ homes

This crime has been very rampant. We’ve been receiving reports from people that burglars break into their houses with their bicycles getting stolen. These came from various places like Parañaque, Marikina, Quezon City and Bulacan. 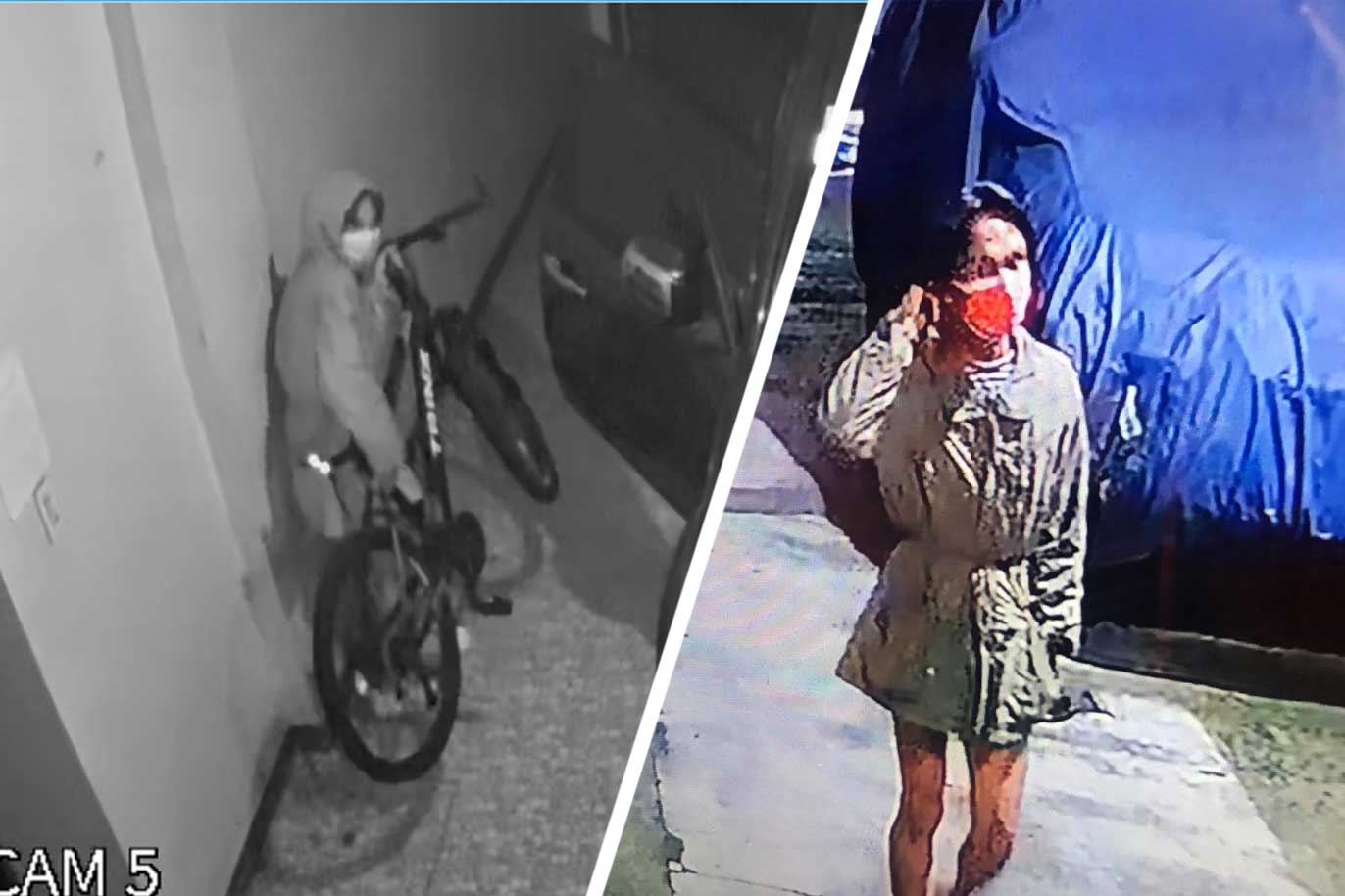 Earlier today, at around 3:45 in the morning, an unidentified person managed to open the gate and intruded into an apartment building in Sampaloc, Manila. They* stole a Trinx mountain bike along with a motorcycle helmet and white rubber shoes.

“I’m shocked. The bike is a big help for me to get to my destinations during this pandemic. It’s very convenient and I use it when I’m doing my errands and whenever I go to the gym,” the owner of the bicycle who refused to disclose her name told First Bike Ride.

She admitted that her mountain bike wasn’t locked because it’s supposed to be safe and it’s been just standing unsecured, along with other bicycles of the building, for a year now.

The robber managed to open an SUV parked inside the apartment’s garage. They were not able to get any items from the vehicle. However, the thief left three doors open.

They were very casual. Apart from wearing slippers and a trench coat, they calmly climbed and scanned every floor of the four-storey building like he’s window shopping. They stopped whenever he sees something interesting — for example, a pair of white rubber shoes that they found outside one of the units.

The burglar managed to snatch the second white pair of sneakers that he tried. Before leaving, they picked up a motorcycle helmet and left their slippers behind the car. They’re probably thinking about safety and the helmet law in nearby Quezon City.

First Bike Ride has learned stories about bicycles being stolen from them while outdoors. For example, one cyclist sought help about his mountain bike being taken away from him while he was buying food in Cubao. We have given a bicycle to a father who had his bike stolen in Tondo while being used by his 9-year-old son.

Cyclists have been constantly warned about taking precautions when the bicycle is outdoors: bring good quality locks and don’t park in sketchy places, among others. However, we believe that it would be easier for bikers to secure their bikes if proper infrastructure and security from establishments is in place.

But bicycles being stolen inside your home, which is supposed to be a safe sanctuary, is alarming. To be fair, this is not just about bikes but about having many reports of trespassers and robbers going inside houses.

This also includes gated private homes. Someone from Marilao had his mountain bike stolen recently with the burglar climbing the fence of his house. A cyclist that we featured earlier this year talked about his stolen mountain bike in their garage.

There’s a bigger issue that lies behind robbery and theft. However, it is concerning that incidents of theft are getting so frequent.

Security in our cities are quite terrible too especially if we consider the advantages given to those who are supposed to protect us from crimes. For example, based on the CCTV footage, the thief in Sampaloc was found wandering around the streets of Manila at around 3 in the morning where curfew is supposed to be in place.

*First Bike Ride used the pronoun “they” because the gender of the thief can’t be identified.