We tried riding a tandem bicycle and it’s hard af. 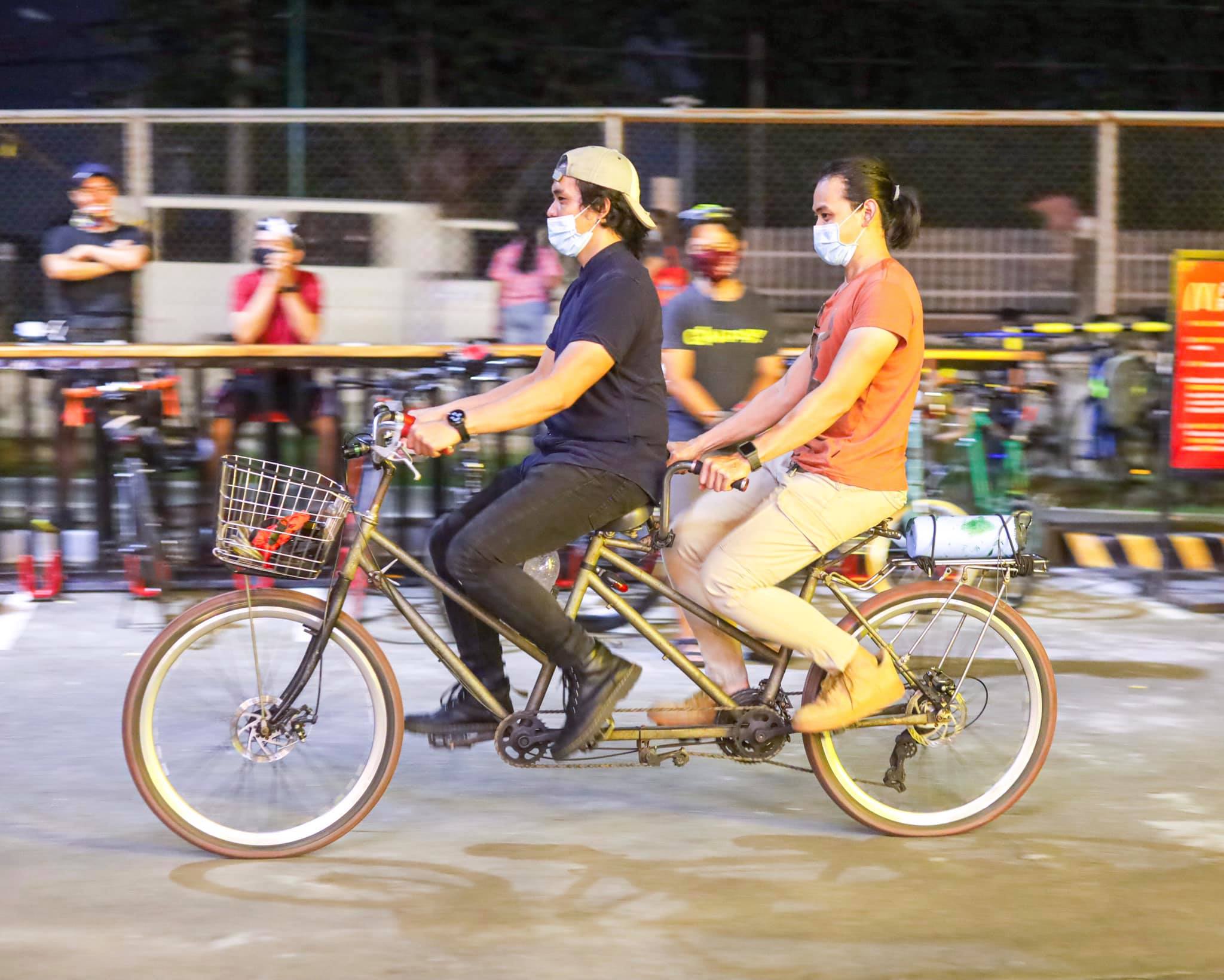 But hey, we love the story behind this DIY bike.

Two Japanese bikes were combined together to form this bicycle that you see in the photo. It looks pretty decent and is actually safe for riding. In fact, the owner of this tandem used this during our recent ride with Juan Portrait Bicycle Club. He completed a Manila-Taguig loop.

It’s pretty easy to use if you’re a sole rider. The bike is light, it’s just that you have to keep in mind that you’re maneuvering a longer vehicle compared to what you usually ride. It also feels like you have a tail that follows your movement.

But it’s much different if there are two people pedaling, just like what cyclists John Paulo Santos and Jilson Tiu are doing in this picture.

Balancing can be tricky. The two riders must be synchronized and the one in front carries a bigger weight. Thus, he exerts more power, especially when the person at the back stops cycling.

Meanwhile, the rear rider acts as support and should follow the lead of the one in front. The cadence of the cyclists should be the same too.

Other pairs can comfortably ride it for kilometers so we believe that we can do it too should we get enough practice.

The story behind this tandem is interesting. The owner of the bike, who refused to be named, said that he made this because of an ex-girlfriend. He told us that they used to have a great time with this bicycle.

He remembered going to Teresa, Rizal with this bike because the girl lives there.

Our conversation made him reminisce about their memories as they ride this bicycle along the steep slopes of Teresa.

This tandem bike sure adds to the kilig and since they usually ride in Teresa, we’re imagining that their dates were breathtaking.

If you’re familiar with Rizal, climbs there can be exhausting. So imagine, ordinary people like us would have a hard time using this bicycle in those crazy ahons.

They were a power couple, we should say. Too bad that the spark ran out.

Even though they’re not together anymore, the owner still chose to keep the bike and still rides it from time to time. It can transport people and things, anyway.