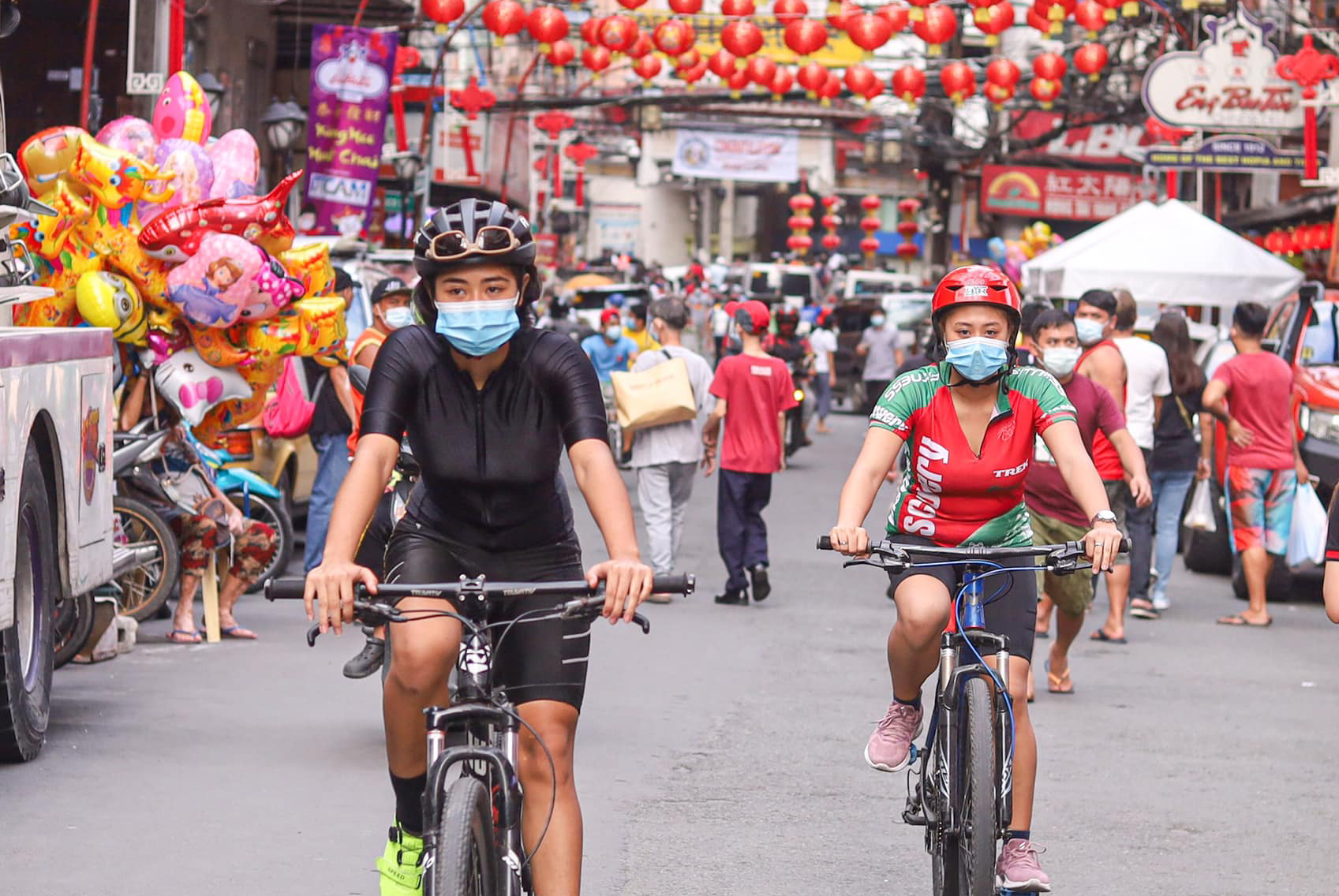 However, the pandemic changed everything.

Sisters Em and Eunice Banayat biked to Chinatown today all the way from Pasay to enjoy the New Year’s Eve celebrations of Binondo. They were also with the bunso of their family, Eurika.

“Even though super crowded, super sulit ‘yung pagpunta at pagod,” Em said. “Pinunta naman namin is ‘yung food and happenings so worth it siya.”

Ongpin, during the previous Chinese New Years and even during normal days pre-pandemic, is always crowded. People tried to observe social distancing today even though it was difficult because sidewalks are very narrow.

Eunice mentioned that she cycled to Ongpin during the first few months of the lockdown. She noticed that the crowd can easily stay far away from each other back then because they can use the main road to walk since there were less cars.

She added that it would have been easier if the roads were divided. Perhaps Ongpin could have been exclusive for pedestrians and small non-motorized vehicles since foot traffic have increased in this area.

We have noticed that the traffic was terrible and we agree that the street’s space could have been used better if they banned cars since a bigger crowd was expected today. We managed to shoot the two sisters in an area where the the authorities limited car traffic — it was refreshing.

But overall, the sisters enjoyed the experience. It was actually Em’s first bike ride in Manila. She was invited by her younger sister to cycle to Binondo since they’re free today.

Welcoming the New Year this 2021 is so different but we’re hopeful, wishing that this year would be better. And of course, our New Year’s wish is for us to see the protected bike lanes asap and proper bike infrastructure.