The ARMY would know that this Korean rapper doesn’t have a driver’s license and sometimes goes to work by cycling. He really likes bicycles. In fact, he made a song about this awesome vehicle for the 8th anniversary of BTS. 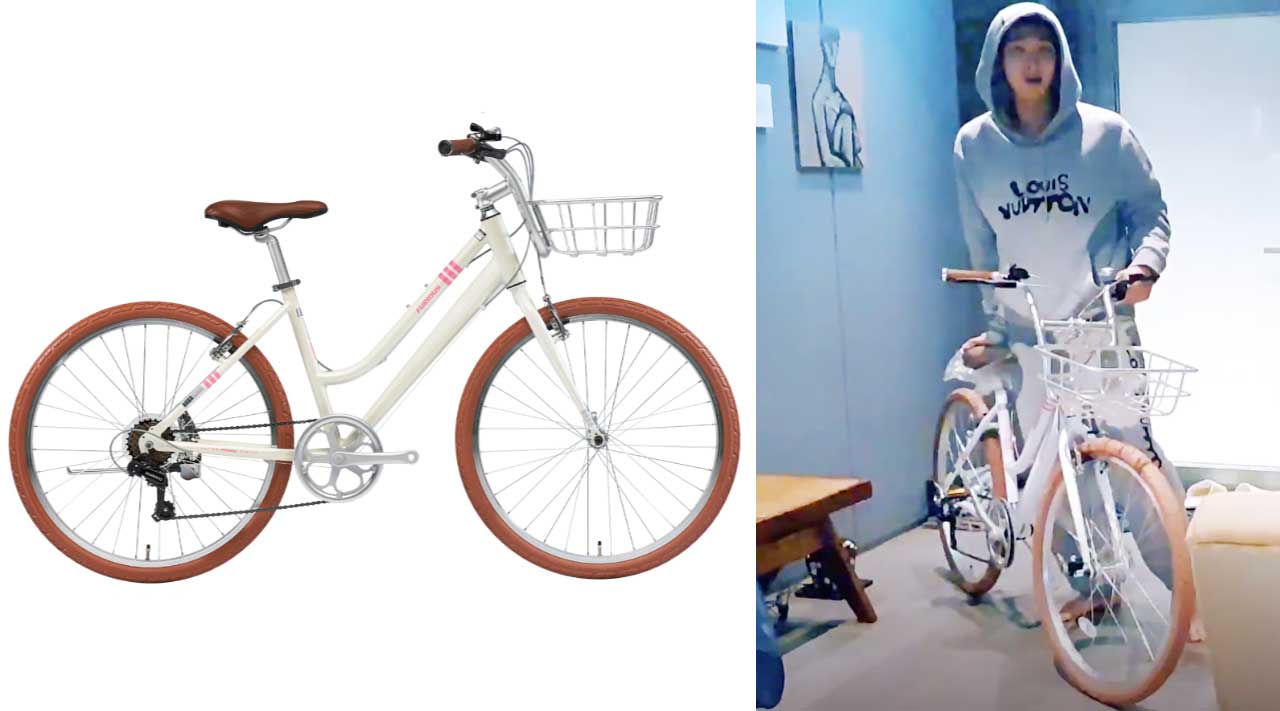 Global Superstar Kim Namjoon, more popularly known as RM from K-Pop boy group BTS, received an awesome hybrid bicycle from his bandmate Jin. And guess what, the bike has reportedly sold out!

It’s a 2021 Hybrid Furious 26 bike from South Korean bicycle brand Alton Sports. The bike is pretty versatile for a guy like RM since he likes cycling as leisure and bike commuting — it can be pretty fast, fashionable and reliable in city rides.

The ARMY would know that this South Korean rapper doesn’t have a driver’s license and sometimes goes to work by cycling. He really likes bicycles. In fact, he made a song about this awesome vehicle for the 8th anniversary of BTS.

So what’s awesome about his new bicycle? Well, its white step-through frame is made out of aluminum which makes it light. It’ll be no sweat for RM, or for anyone, to carry this bike. Plus, other parts of the vehicle are made out of this material too like the hubs, seat post, handlebar and cranks.

It has V-brakes too —which can remind the cyclist of BTS’ visual and vocalist Kim Tae-Hyung. It’s the more common kind of braking for city bikes as it halts the wheel’s spinning from its rims.

Hybrid Furious 26’s fork is made out of steel though — something more robust that can withstand rough bumps and rugged pavements.

The gift has a basket too which makes riding more comfortable when you’re carrying items. The total weight is 13.42 kilos.

Is this fast? It can be pretty fast because it has big cranks (46T) and its cogs (14-28T) gives a pretty decent speed that’s suitable for city cycling.

Jin, the oldest member of BTS, gifted the bike to RM two weeks ago with stock components from Alton Sports, which means that there are no upgrades yet on the bike. It’s fun to see that some of the parts were still covered in plastic so we’re imagining that the happiness of the boy group’s leader is still fresh from unboxing it.

While the white Hybrid Furious might be sold out, there are other colors that you can check out too. It comes in black, white and mint. However, we see from other resellers that everything was purchased already except for some that still have the mint unit.

We see that it’s a good bike for urban cycling and those who have purchased it are really getting their money’s worth.

RM celebrated his birthday last September 12. The next day, he revealed to the ARMY (the name of the ever supportive fans of BTS) through a V LIVE that Jin gave him a bicycle.

So what does RM thinks of his new bike?

“It’s so cool. I can’t believe that Jin bought me this,” RM said during his V-Live. “He made it as close the Seoul city bikes. He got me this bike as a present. I was so moved.”

Last August during an online zoom call, Jin promised RM that he’ll give him a bicycle as a birthday present.