To gain confidence in cycling, it’s recommended to have an experienced friend help you

From riding by themselves, Ralph Aguilar, Ysa Alvarez and Ally Alvarez gained many friends through biking. These friendships came from communities formed in coffee shops of the metropolis. 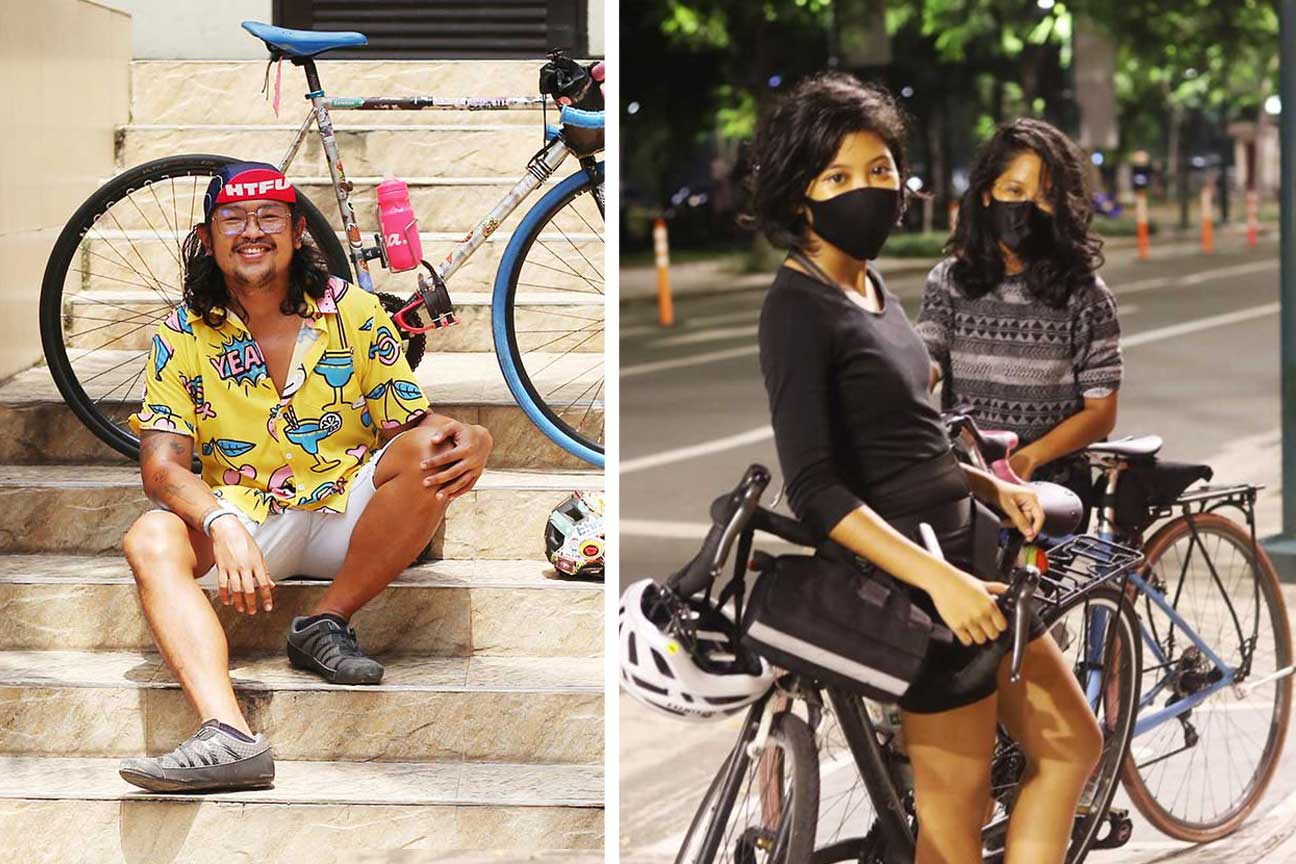 If you’re afraid but still want to ride a bicycle in Metro Manila, it helps if you bike with someone experienced. That’s what cyclists Ralph Aguilar, Ysa Alvarez and Ally Alvarez said during First Bike Ride’s first live Kwentuhan over Instagram yesterday.

“Ride with people if you’re starting. Ride with someone more experienced,” Ysa said.

The three started riding a bicycle around Metro Manila only during the pandemic but they’re now confident in using the two-wheeled ride around the metropolis, sometimes even traveling to nearby provinces.

Ralph, an architect, chose to bike because he’s afraid to commute to work using public transportation. He thought that it’s way safer to be alone on a bicycle than to be with strangers inside an enclosed vehicle.

Meanwhile, twins Ysa and Ally rode a bicycle for commuting and because they really wanted to bike in the city for the longest time. It was the perfect opportunity to try it when there were less cars during the first few months of the lockdown. They got encouraged when they saw that more women were going out on two wheels.

“I think seeing other women biking (encouraged us). It also started because of an article lang. You don’t pressure other people into doing it kasi that would push them away,” Ysa said.

Ally added, “It’s the fact that more women are biking now, it’s a good example. Kasabayan ko lang sila and I’ll ride with them because it really helps when people are with you.”

Ralph said that his cycling was initially guided by his uncle and friend Binz Angeles. Meanwhile, the twins got familiarized in biking along bigger roads of Metro Manila through the help of their friends from the Jiu-jitsu community.

From riding by themselves, the three gained many friends through biking. These friendships came from communities formed in coffee shops of the metropolis.

It’s true, bicycles bring business and during weekends or after office hours, you’ll see cyclists flocking shops around Metro Manila. At first, we saw an influx of bikers going to Esteban Street’s Yardstick every Sunday. And now, you see more bikers hanging out in cafes like 1C in Pasig, 2249 Coffee in Manila and The Curator in Makati, among others.

From a simple hangout, they eventually became friends with more bikers. Now, the three get to be close with cyclists that they initially randomly met in coffee shops.

They were asked how to befriend cyclists who are strangers without sounding too creepy or intruding. It was also noted that it can be hard for other people to interact with some bikers who have more expensive bicycles.

Ysa said, “Some of the most inclusive people I met in biking have flashy blingly bikes. You get intimidated at first na, woah, their bikes are expensive. But (it gets okay) once you do start talking to them.”

For Ralph, biking along as a newbie is not a problem, especially if you’re enjoying it and if you’re doing it for your goals and pleasure. He just reminded the audience to be careful.