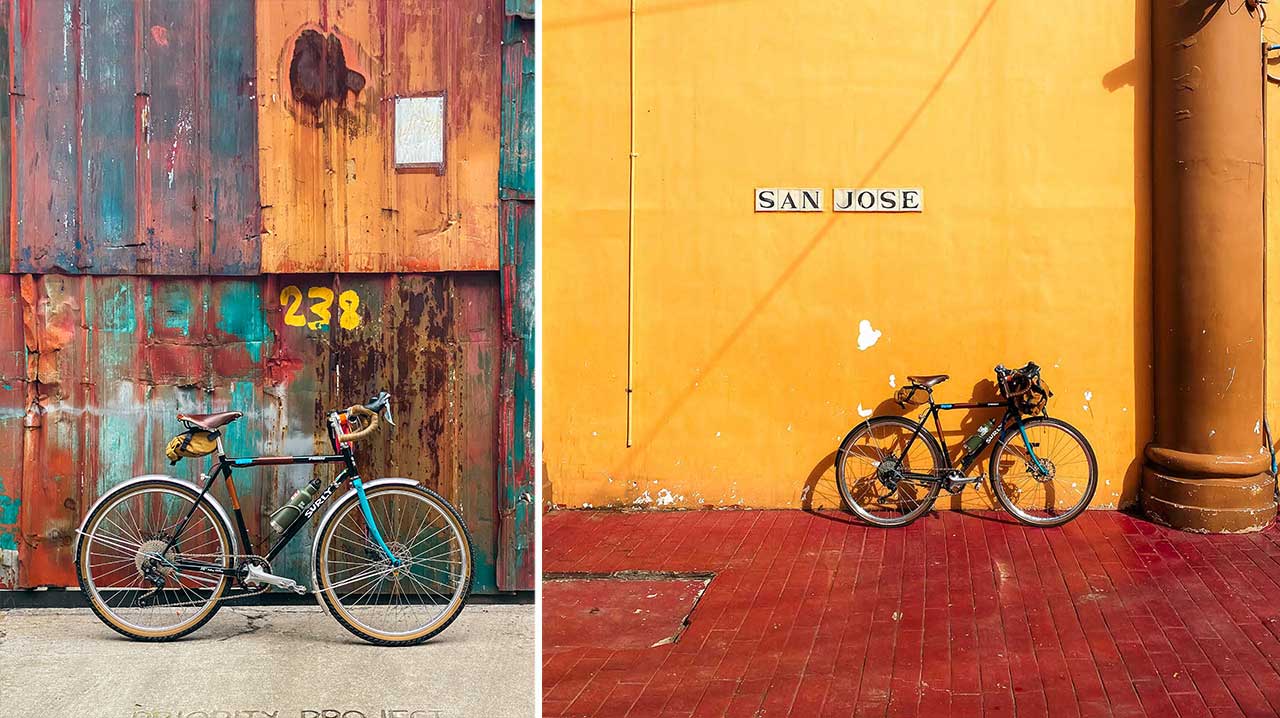 Metro Manila is probably not one of the most pleasing and prettiest places in the world. Well, it was once described by a best-selling author as the “gates of hell.” But despite these ugly depictions of the Philippines’ busy metropolis, street photographer Jilson Tiu finds beauty in it.

“I still find Metro Manila despite the chaos. It was once pretty way back, in a different way. But now, its beauty is melting — but still beautiful,” Jilson told First Bike Ride. He added that the old heritage in Manila mixed with the modernized society makes an interesting picture.

(The mix of old and new makes the picture interesting and it looks good on bikes.)

This street photographer recently made an Instagram account that chronicles his bike adventures. And in his new project, he says that he’s in search of Metro Manila’s most photogenic walls.

Why walls? Aside from becoming the backdrop of his bicycle, which is currently a black Surly Straggler, he said that walls represent the character of a certain place. He said that the most photogenic walls are usually those that have texture.

Before the pandemic, Jilson was always in the streets taking photos of Metro Manila’s everyday life. He mentioned in our previous interview that he likes commuting in the city — that’s why when the government halted public transportation, he was practically paralyzed.

He just walked but his feet can only take him to limited places. That’s why he bought a bicycle, something that would affect his life drastically.

“Cycling changed me on how I approach things with my photography. I don’t get to notice interesting details before,” he said.

As of this writing, Jilson has uploaded more than ten gorgeous walls found across the metropolis. There’s one in Makati that is accented with blue graffiti, a cracked cerulean wall in Quezon City and a dotted gate in Taguig.

Jilson told us his strategies in taking good bike photos. First, he avoids generic walls because he thinks that they are boring.

After finding an interesting backdrop, he places his bicycle in a spot where it can harmonize with the features of the wall. The photographer said it’s not just the physical structure that contributes to a great photograph but also the placement of te subject. One should also take note how the light hits the bike and all the elements in the frame.

We asked Jilson if he has seen the most photogenic wall in Metro Manila.

“Not yet. But my favorite so far is the yellow wall in Intramuros.”