Mountain bike trails should be your next date for your valentine 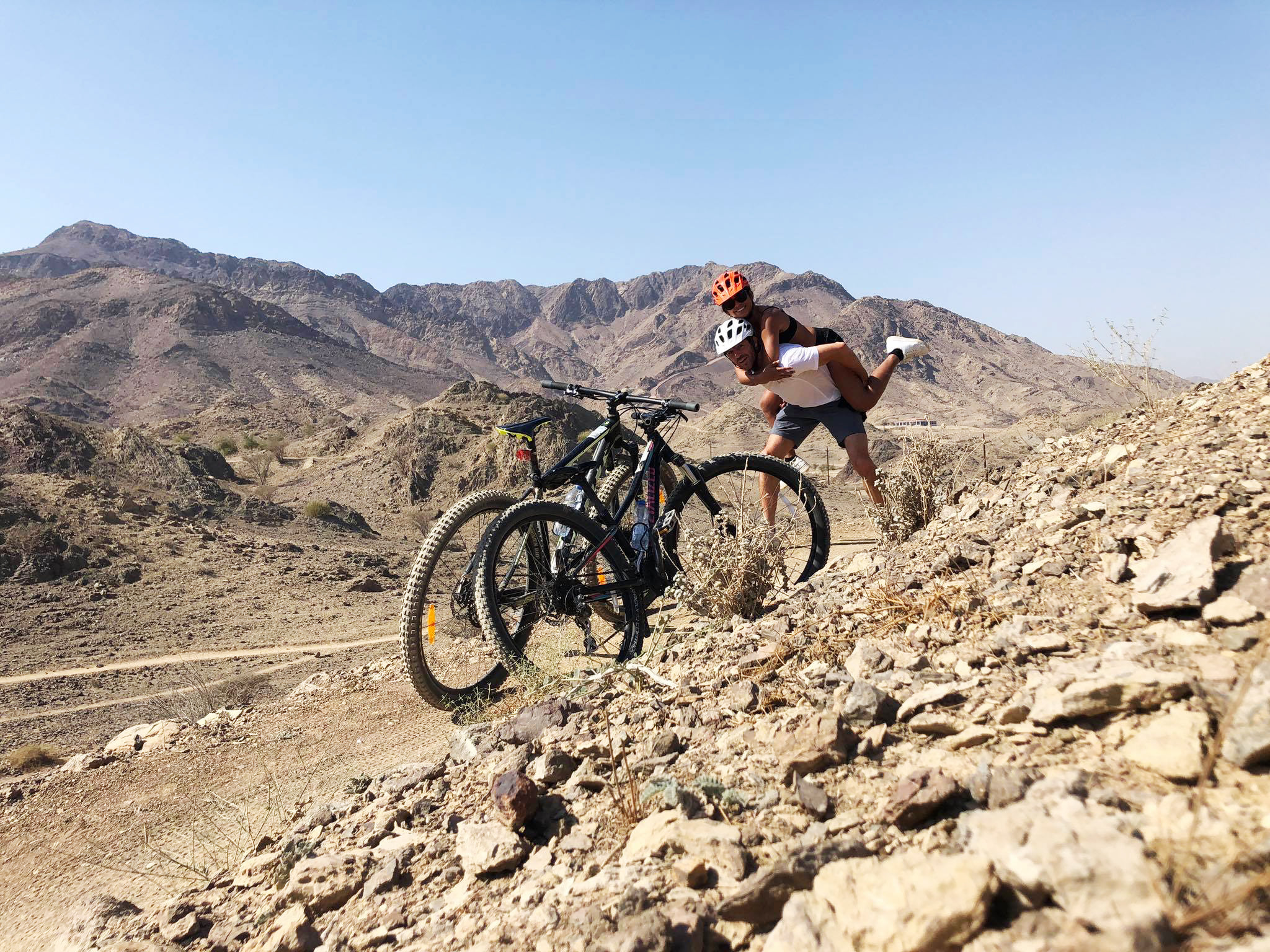 She used to think that Valentine’s Day was a product of capitalism. But last weekend, she celebrated it in one of Dubai’s awesome adventure parks with a bike ride and her special someone.

On Valentine’s Day, Marnee Gamboa posted on Facebook cute photos of her and Mark together with two mountain bikes. They went to Hatta Adventure Park, an attraction in the United Arab Emirates known for its outdoor activities—you can hike, camp and they  also have mountain bike trails.

“I used to think that Valentine’s Day was just a conspiracy made by capitalists and really innovative advertising agencies,” she said on her Facebook status. “But since having been to nothing but cheap and dirty dates, (lol) I’ve realized that we really don’t need to read that much into it—love is love, celebrate!”

The couple went hiking last Friday. They did an easy trail and Marnee thought that it was too boring so she suggested that they should see the sunrise at the trail’s peak the next day and have a breakfast picnic. However, they did not wake up early so they just went mountain biking.

They rented bicycles from the adventure park and told us that she rode a kid’s bike because she was too small for the adult ones.

In our conversation, Marnee admitted that she had a bit of trouble riding a mountain bike that day. Apparently, she doesn’t know how to shift gears.

“My bike at home was a cruiser that didn’t have interchangeable gears. But we were already at the medium-high and risk trail with pump tracks and ramps and mama didn’t raise no bitch so I had to learn on the spot,” she said.

“It was hard in the beginning because I didn’t know how gears worked and we had to stop every 50 meters so Mark and I could exchange bikes and he could change my gears,” she added.

Going downhill and pumping up and down the tracks were the best part of this adventure for Marnee. As a newbie rider of a mountain bike, most parts of the trails were manageable.

“I will definitely do it again but maybe with knee pads and arm pads next time for extra bravery,” she said.

Their adventure looks fun. So everyone, please take note. Riding a mountain bike on trails is a good activity for your next date!