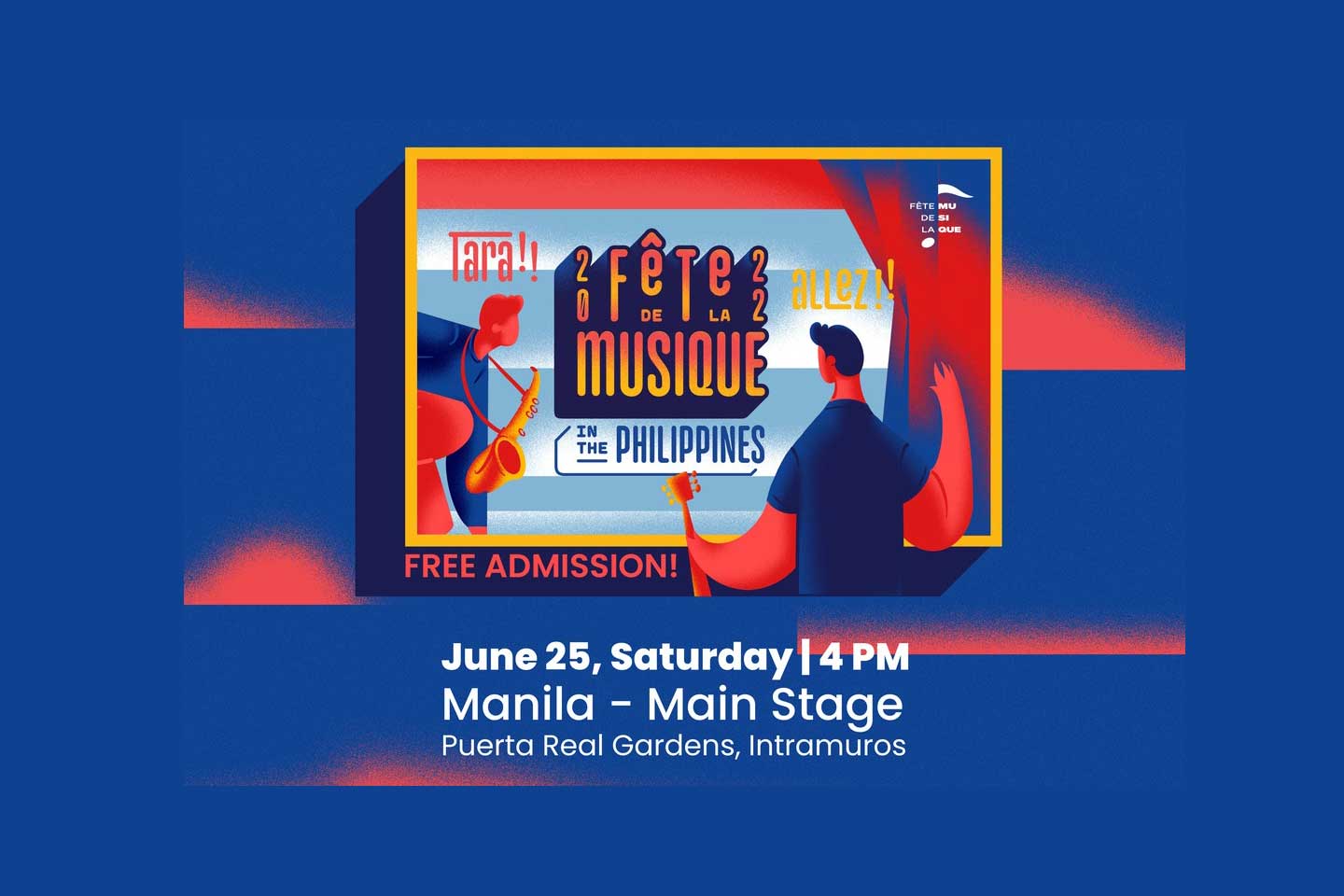 Fête de la Musique, the biggest free music festival in the world, is back live in the Philippines. Cyclists are welcomed to join the celebration on its main stage in Intramuros’ Puerta Real Gardens. It’ll be on June 25.

When we asked a representative from the Intramuros Administration if people on bicycles can enter Puerta Real Gardens, he said that bikes are allowed.

French artist Marc Fiscel will collaborate with The Voice winner Clydel Gabutero. DJ Butch, who will also be flying from France, will have a performance with local group Daloy Dance Company.

Admission is free and the program will start at 4pm.

The name of this year’s Fête de la Musique is “Tara Allez!” It’s a combination of Filipino word “tara” and French “allez” which both means “let’s go.” The festival is back doing live concerts after two years of holding the event online due to pandemic restrictions.

“Pinoys are always game and the decades of Fête de la Musique in the Philippines has proven that. People were actually surprised that Fête is on and we’re just spreading the word that not only the concerts are back but the best Pinoy talents from across the country are also ready to give a show,” singer-songwriter Zsaris told First Bike Ride.

Zsaris added, “Plus, the exciting collaborations from Filipino and French artists is the true essence of “tara”. True to the spirit of Fete de la Musique — open, vibrant, and full of surprises. Our scene can pick up from this energy too and keep this going!”

The 2022 edition of Fête de la Musique in the Philippines is spearheaded by Alliance française de Manille. Aside from the main stage in Manila, Fete de la Musique will also hold pocket stages in Makati on June 24. It also has venues in Siargao, Cebu, Palawan and Baguio, among others.