Zoom meetings can be too much. His stress reliever? Bike rides. 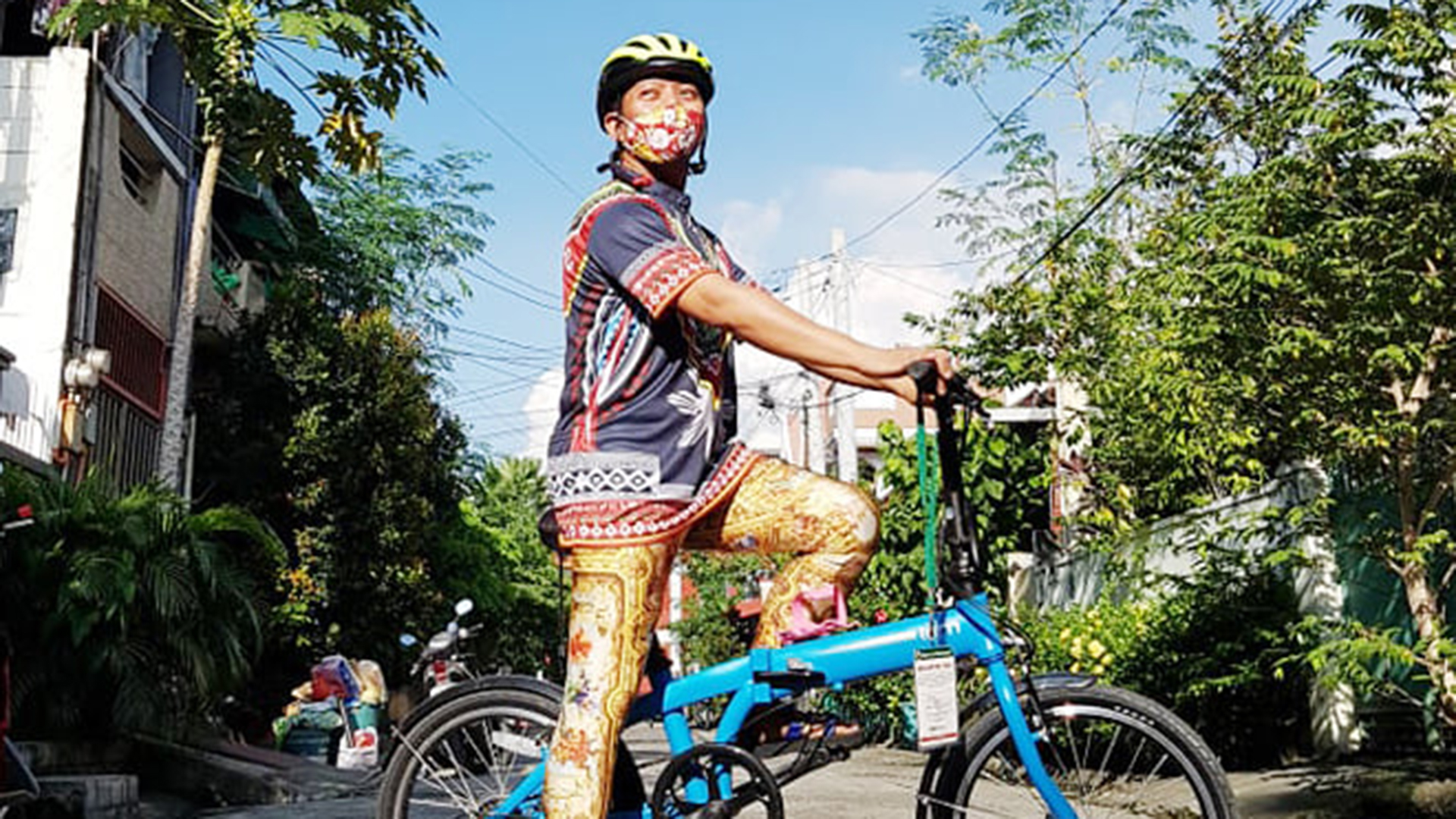 Obviously, he can’t do “bike to work” because he is working from home. But Zoom meetings can be too much, so he rides his bicycle outside after work.

Rei Alba first tried riding a bicycle when he was 10 years old. One schoolmate brought a bike on a class day and for some reason, he had the courage to borrow it—even though he was clueless on how to operate the two-wheeled vehicle. He ended up falling after a few pedals.

(After that, winner, my cousins from Pampanga sent us their used bicycles. Fabulous, my brothers and sisters would take turns in using it every afternoon. There are seven of us and I don’t know, maybe because of determination and numerous falls, I learned on my own.)

Waiting for his turn might require some time but cycling was probably one of the happiest memories of Rei’s childhood. He recalled that the Alba siblings were really giddy every time the elders allowed them to bike around the neighborhood.

(I’m the happiest because I don’t play physical sports like basketball. I feel free when I ride a bike.)

He finally bought his own foldie last year after seeing a former classmate’s bike pictures and adventures on social media. He thought that it would be practical for him to get a folding bike because he could use it for his commute from Valenzuela to his workplace in Intramuros.

To kick off his bike lifestyle, he did weekend “easy rides” first within his city. He said that this would prepare his legs for bike commuting. However, the bike commute did not happen.

Valenzuela City doesn’t have bike lanes, according to Rei. He was stunned when he tried cycling along the highway and called the experience “nakakawindang at nakaka-intimidate” (crazy and intimidating). Cars on big roads are very fast and motorbikes make surprise appearances.

First Bike Ride has high hopes that the Valenzuela LGU will fix this road problem. We hope to see a bike-friendly Valenzuela soon.

(Nowadays, especially because we’re on a lockdown, I found freedom in biking, it lessens cabin fever. I alternate it with walking. I only do leisure biking within the city. i do early morning biking or in the late afternoon, it removes Zoom fatigue.)

Before we end this post, look at Rei’s Tiktok’s profile photo and you’ll get it why he mentioned this to us during our interview.

(And yes, I also like that you can wear colorful outfits when you’re biking.)