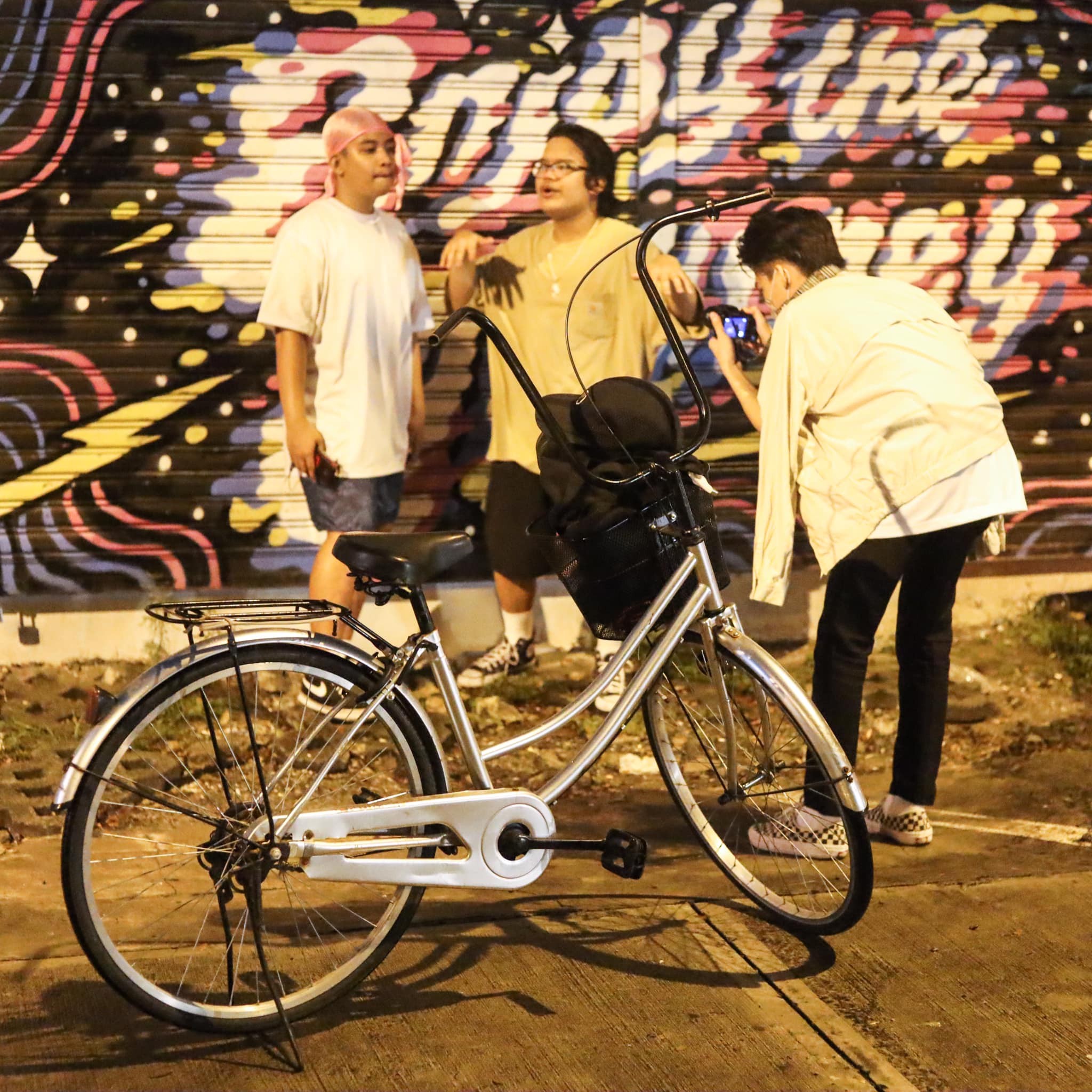 This teen rapper is starting young. With his bike as his constant partner, he’s trying to get his music out there. Everyone begins somewhere, right?

We were cycling one night last December when we heard loud music in Poblacion. You see, the pandemic made this busy area in Makati a quiet place so it was surreal to hear booming sounds on its streets.

The music came from young rapper BlyteLocal and his friends Anxious and Soyti. What’s more interesting is that they had a Japanese bike with them with a loud speaker inside its basket.

BlyteLocal told us that they were shooting the music video of his song “Hawla.” He noted that his bicycle became very handy during their shoot because it carries all the things that they need for filming.

Well, his Japanese bike is not just for the music video. It’s also his companion everyday.

It’s his humble ride whenever he needs to unwind or go somewhere. By the way, he’s not a professional rapper, not even an amateur one—he’s still a newbie trying to hone his skills while chasing his dreams.

Our rapper here is still young and he knows that he needs to learn more. However, at the age of 15, he is firm that he wants to make music.

He told us that his current inspirations are UPRISING, Emar Industriya and Ruby Ibarra. What got him into liking this genre were rappers Owfuck, Lexus Saintino and Astro.

We ended the conversation with BlyteLocal telling us that he’s glad that he got this bicycle because as someone with a limited budget, it can afford him to attend gigs. And just like that day, it can bring him to shoots and other music-related events.