Why did he get a bike? It’s because of terrible traffic. 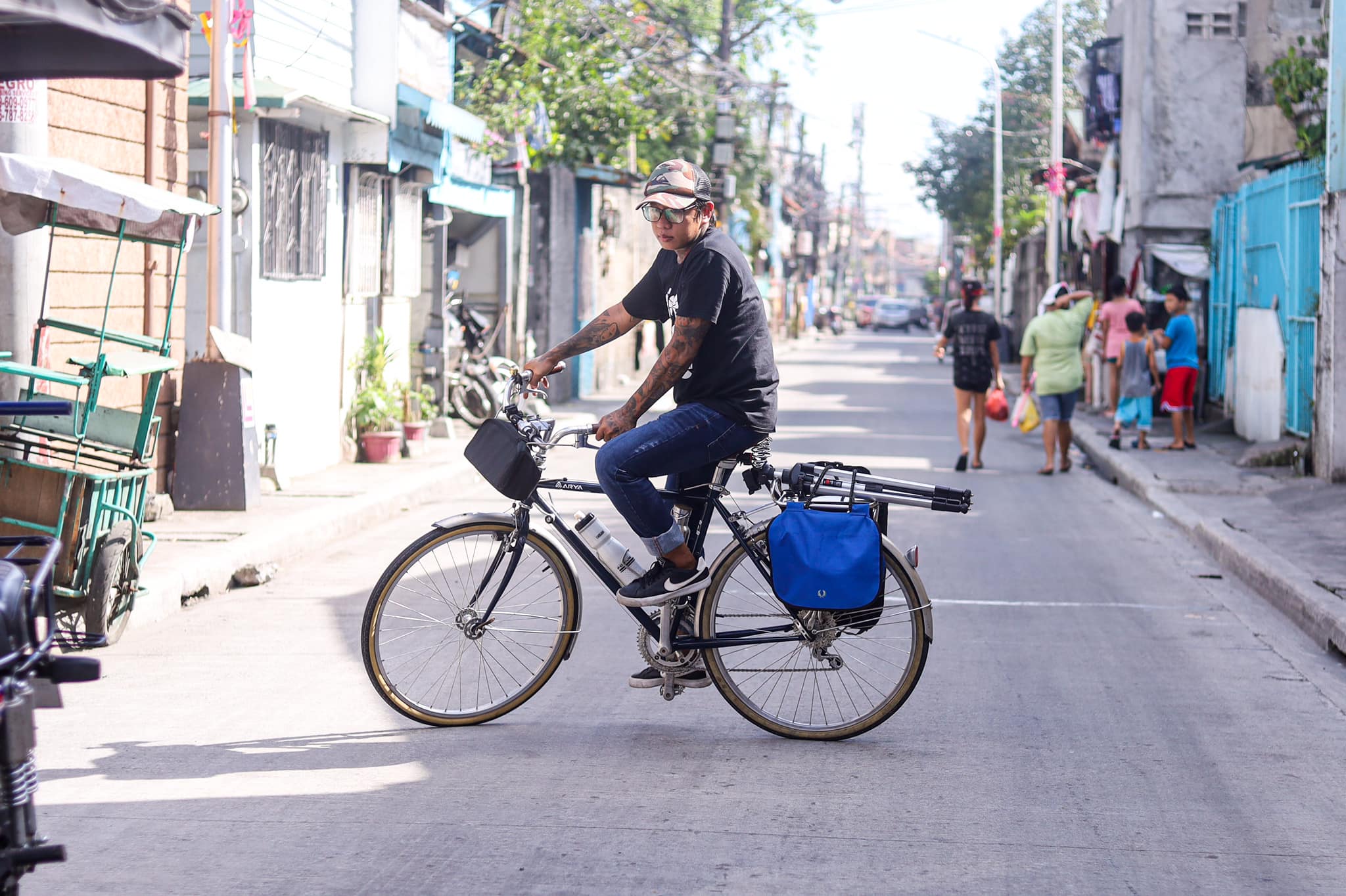 Traffic congestion that causes long travel time is really frustrating. To make his commute easier, this artist decided to get a bicycle.

Happy Navarro, a muralist from Malabon, used to work as a Creative Director in an advertising agency in Ortigas. He said that it took him three hours everyday just to go to his office through public transportation.

After four years of enduring Metro Manila traffic, it was definitely a good move when he got a beach cruiser because it significantly cut his travel time to work.

In 2018, Happy became a freelance artist. He’s currently thriving in making murals for big malls and business establishments. This muralist is still riding a bicycle but he now regularly uses an Araya touring bike.

We met him in Valenzela and he was painting along with friends after a morning bike ride.

The Philippines saw a massive increase of cyclists due to the pandemic and as someone who used to bike commute before Covid-19 occured, he said that big changes happened.

According to him, bike infrastructure like bicycle lanes on public roads became present. Many cities still need to improve though, he noted, but he’s still glad because there was an effort. Hopefully, things will get better.

Malls also adjusted with the demands of bikers and the public became more aware of their presence.

He acknowledges that it can still be difficult to ride a bike. Other motorists, this artist said, still don’t respect cyclists and disregard bikers as inferior members of society.