“I have learned that biking is fighting for your right on the road. That we deserve the space. Among other things, cycling is somehow a form of activism for me — fighting for my right as a woman on the road and in this car-centric society.” 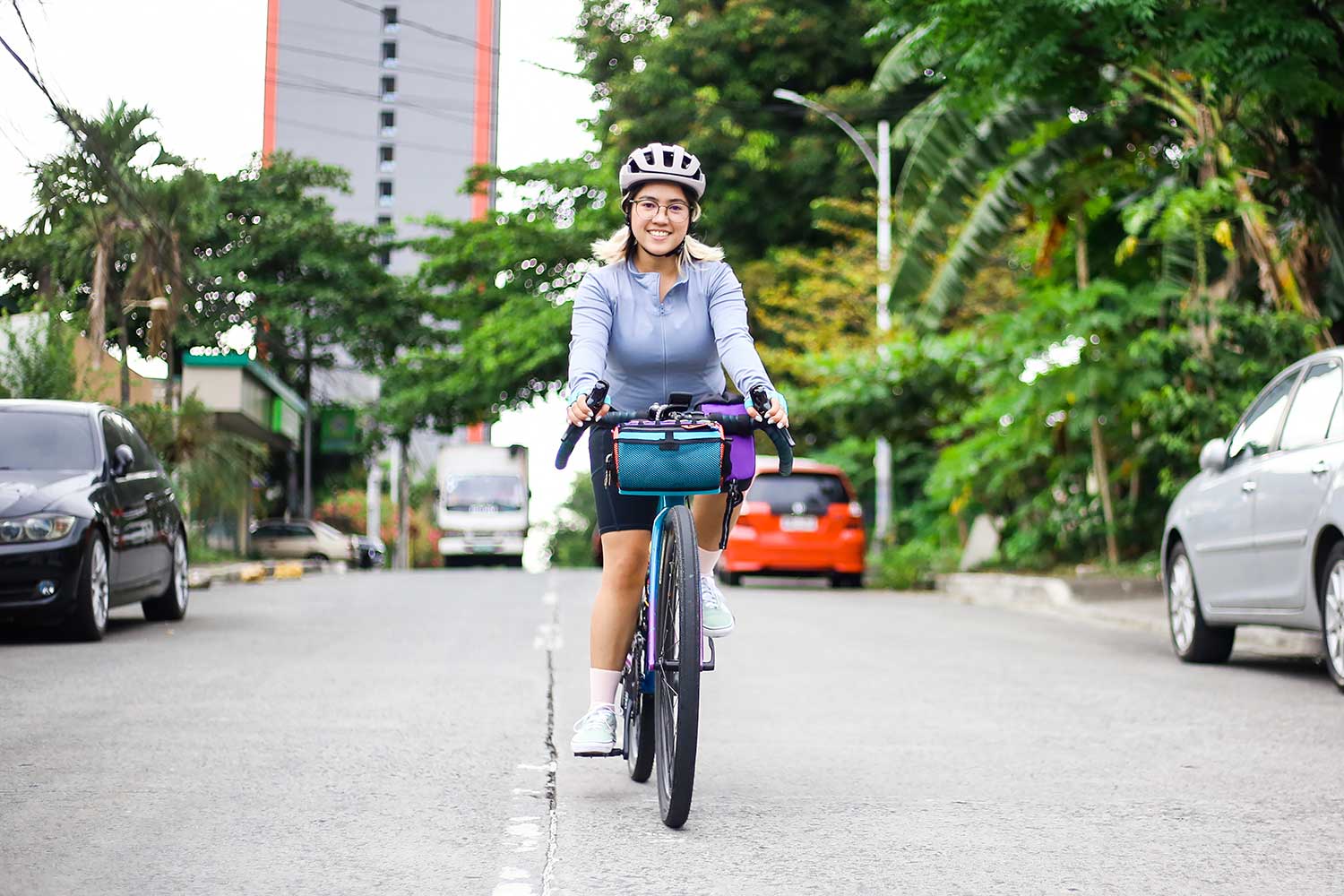 A dislocated arm with a microfracture, therapy sessions and more than 40,000 pesos worth of medical expenses. These are some of the things that newbie cyclist Via Arevalo had to endure after a terrible accident along an obstructed bike lane in San Juan last year.

The healing period lasted six months but the trauma that lingered even after her arm recovery was probably the worst repercussion after the incident. Thankfully, Via had managed to regain her confidence on the road and she’s now seen cycling regularly around Metro Manila.

On December 15, 2021, Via was cycling with friends at around ten in the evening — she was on her way home from a gathering and was using a bicycle that she got that day from mechanic Marlowe Apeles. The newbie cyclist has managed to bike from lower Antipolo to Mandaluyong, and then to her last stop in San Juan before heading back to her house in Manila.

The traffic was very slow and they were traveling along Ortigas Avenue in San Juan. That time, bollards that protected bike lanes in the area were removed and motorists were occupying the space intended for the safety of active mobility users.

That time, in front of Ronac Art Center, a motorized vehicle was obstructing the bike lane and Via had to avoid it. As she got out of the bike lane, she slipped and fell on the ground.

Since traffic was terrible, it was hard for an ambulance to come and rescue Via because it was also stuck on the road. She had to endure the pain for around an hour before getting help. It also happened while the pandemic’s restrictions were also tough so the process of getting checked in a hospital took longer too.

Luckily, Via was with the company of helpful cyclists who did not leave her in that difficult time. Interestingly, it was her first encounter with those cyclists that night except for mechanic Eugene Cañelas whom she had met twice prior to the accident.

Via was thankful to these strangers and the biking community who showed their support. After all, it was this community that attracted her to get into cycling. She was living in Batangas during the lockdown so when it was time for her to move back to Manila, she decided to go biking because she saw that there are encouraging groups of urban cyclists.

After her first bike ride with her new bicycle, her dream of cycling in the city was put on hiatus. She admitted that she was discouraged to return to the saddle and even unfollowed many cycling-related social media accounts to help her forget biking.

However, the brave woman was determined to not let her fear get in her way of achieving her goals. Eventually, Via started attending bike events even without a bicycle. From there she would ask people if she could try their bikes for a short spin, just to conquer the anxiety of balancing on two wheels.

“Inisip ko lang nang inisip na I cannot let my accident take this away from me. Sumali ako sa mga bike rides with friends until I learned to do it on my own. From five kilometers, nag-20, nag-40,” she recalled. “Ngayon ang goal ko is to reach my first 100-kilometer bike ride.”

If someone sees Via on the road, one would not think that she had a traumatic biking history. She can now confidently go solo around the city — this cyclist even bikes to work from Manila to Makati.

So far, in her biking journey, Via has not only discovered the support and love among members of the cycling community but also managed to improve many aspects of her personality.

Before, she would be discouraged to express herself while on a bike because she thought that it would attract unwanted attention from strangers and that road users would deemed her inferior. However, after seeing other women bikers not getting bothered with other people’s opinion, she was encouraged to just be herself and pedal with confidence.

“Admittedly, at first, I did not understand the sentiments of bike commuters kasi I was not biking yet. Akala ko lang dati ay this is leisure at pang-IG story lang. Tapos when I started doing it on my own, doon ko nakita yung hirap ng bike commuting, yung takot ng kalsada,” she said.

“I have learned that biking is fighting for your right on the road. That we deserve the space. Among other things, cycling is somehow a form of activism for me — fighting for my right as a woman on the road and in this car-centric society.”