Valuing the craftmanship in bicycles: this guy wants building bikes 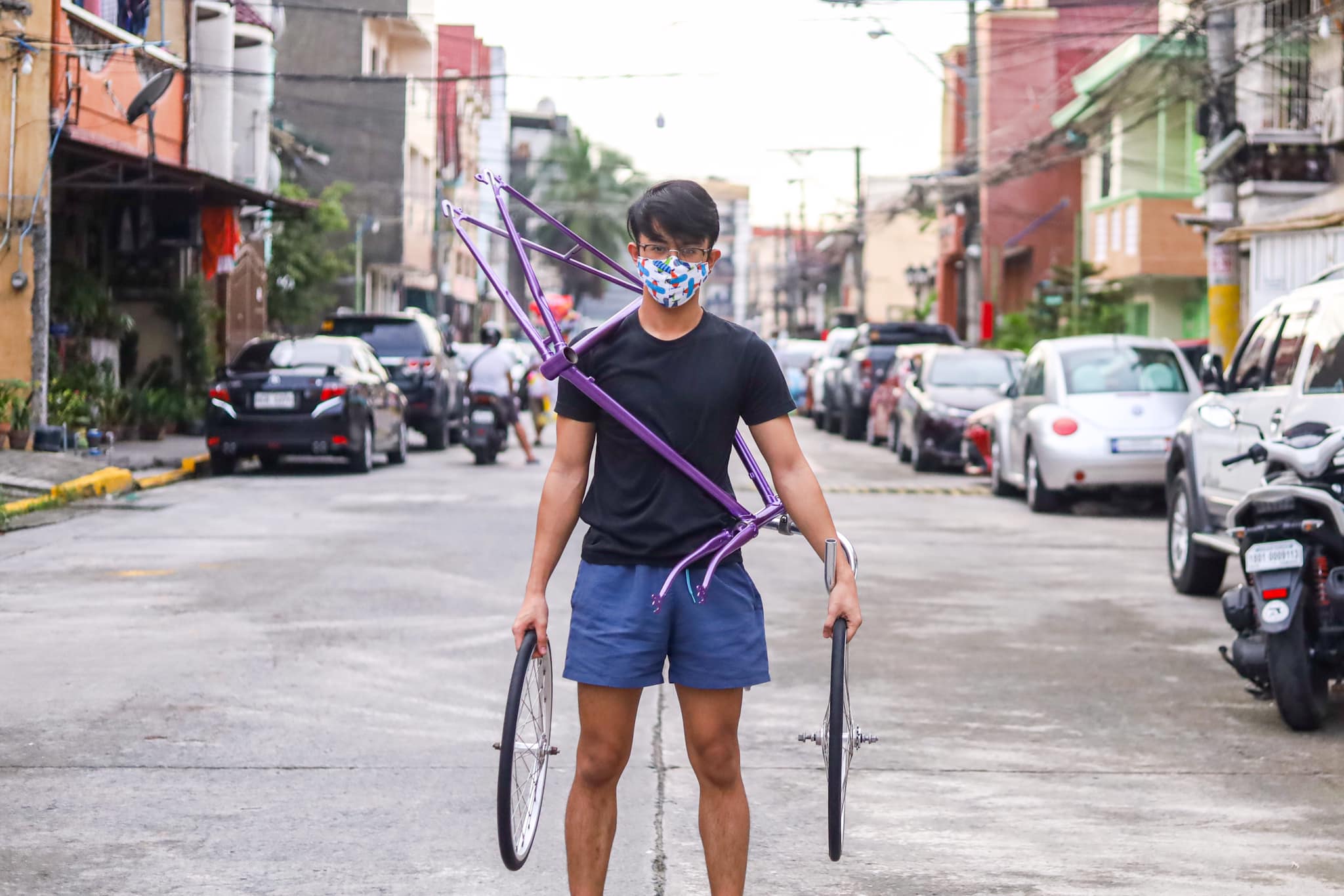 He prefers to collect parts and build his own bike from scratch rather than purchasing an assembled one. At a very young age, he learned the value of craftsmanship in bicycles.

Nursing student and Taekwondo player A3 del Rosario became a bike enthusiast when he was still a freshman in Junior High. He was influenced by his uncle who used to sell bicycles in the Philippines.

When his uncle left the country, the selling of bicycles stopped but his love for this two-wheeled ride continued. He still experiments, looks for different bike parts and builds his own gear till he gets satisfied.

His current bike project has a mini velo frame called the “mini racer” that was popular in the 70s-80s. He added that he prefers building bicycles out of vintage parts.

It’s hard to get the right materials that would be suitable for old parts, he admitted. But he has higher regards for the components of vintage bicycles than the available bikes in the market.

Build-your-own or a ready-made bike? It still boils down to personal preference. But we can see A3’s point here. Some old bikes are hand-built, have value for details and look more elegant. You just have to find the best ones.

A3 noted that he can already complete this project because he only needs minor components. However, he wants to finish it after two to three months when it’s safer to go out because he’ll not be tempted to leave home.

He’s a sophomore at the University of Santo Tomas and recalled that he always bikes to school. Even though the school has bike racks, he can randomly park his bike under a tree without any fear of it getting stolen.

Was he able to influence his friends from school to ride a bike?

To his pre-med classmates, why not give it a try?