This traffic enforcer bikes so he understands the struggles of cyclists

This cycling enforcer knows traffic too well: congestion is a result of having so many cars on the road and that protected bike lanes actually help improve urban transit. 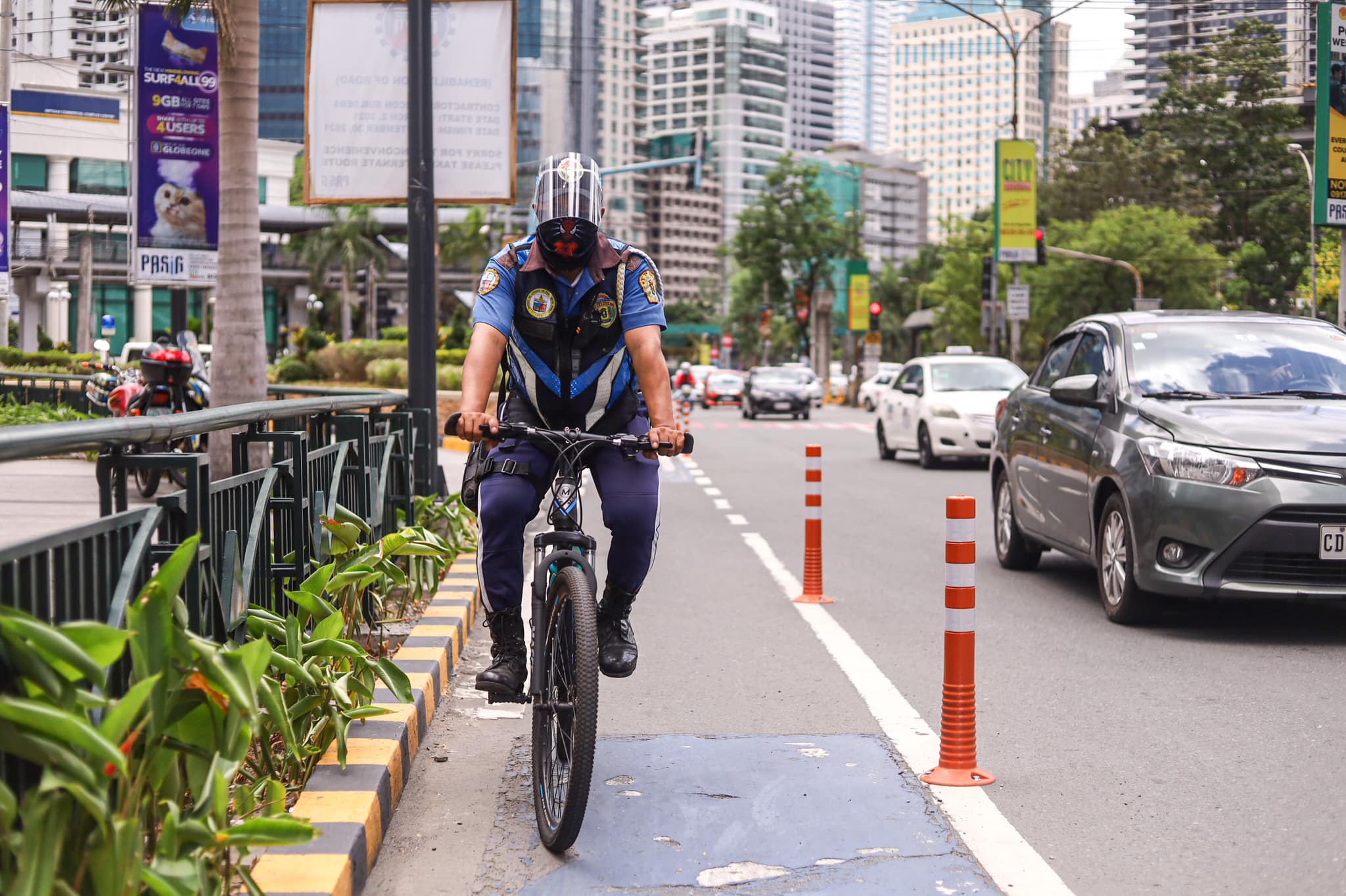 Traffic enforcer Erwin Castumbas’ left hand was tightly gripped on his handlebar while keeping his rice and soup secured inside a plastic bag. He’s wearing a face shield and a facemask with a Spiderman print. What he’s doing looks hard but it actually isn’t.

He’s biking along the painted bike lane of San Miguel Avenue in Pasig City so it’s relatively easy. Only a few cars were present and the only thing that will make it difficult for him are parked vehicles on his designated path.

Since we had the same way, we had a quick chat with him. We got interested in the idea that he’s a biker and, at the same time, a traffic enforcer who maintains order on the road.

Now that everything is trying to get back to normal and public vehicles became available, Erwin still chose to bike commute daily. It is because of his fears of being in a crowded space. The virus is still here, anyway, he said. But he doesn’t mind, he likes biking because it’s healthier.

Erwin works as a traffic officer for five years now and he definitely gets what’s happening on the ground because he’s there—he’s also a commuter, now a cyclist too. This gives him the first-hand experience on how it feels to be on the road being enforced and kept safe by his colleagues.

Bike lanes are now noticeable and some of them have protection, Erwin noted. He likes it, not only because he’s a cyclist, but because it keeps people that he serves safe.

Compared with cars and motorbikes, a cyclist relies on his body and not with a gasoline-powered machine. He noted, ikers are exposed too. So when accidents happen, they are more susceptible to injuries unlike drivers who are inside an enclosed metal box.

This traffic officer recognizes that motorists complain about the emergence of these bike lanes. Among all of the rants, the protected ones are popular because drivers can’t occupy it during desperate times.

Pasig City has impressively managed to install so many protected bike lanes—they have it in Ortigas Center, C5, Amang Rodriguez, C. Raymundo and J. Vargas. We asked Erwin if he thinks that these exclusive lanes cause heavy traffic.

Our conversation ended in a security outpost near the Ortigas Elevated Walkway. He parked his worn out mountain bike on a nearby public bicycle rack and wished us a safe trip home.

We biked away and found ourselves cycling inside a protected bike lane. We felt safe.