This nurse solves commute problems during lockdown with a bike

Dubbed as an essential worker during that time, Joshua works as a nurse treating patients who have Covid-19. He was in the frontlines and he needed to be at work, even if there were dangers and uncertainty, it’s a commitment that comes with his job. 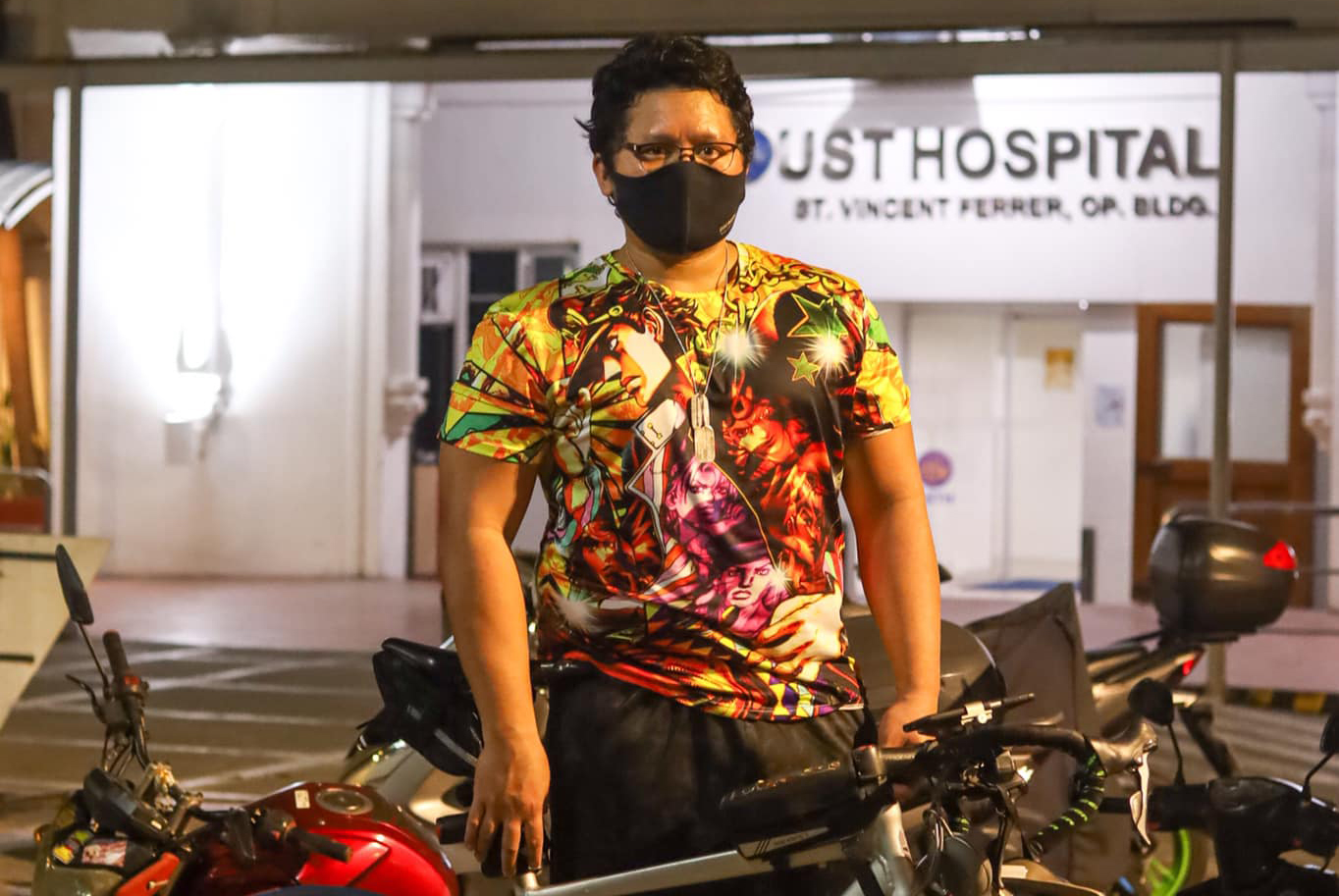 How hard was it to commute last year when the total lockdown was imposed? For the majority of the Filipinos, difficult is an understatement. Those who have bicycles, private vehicles and individuals who can walk to their destinations were the ones who could afford to travel.

When mass transportation was suspended last year as the government measure to control the spread of Covid-19, Joshua Palmos was forced to use his bike to commute to work.

Dubbed as an essential worker during that time, Joshua works as a nurse treating patients who have Covid-19. He was in the frontlines and he needed to be at work, even if there were dangers and uncertainty, it’s a commitment that comes with his job.

Joshua added that it seemed like he was forced to condition himself for cycling to the hospital daily. His preparations? He studied ways and strategies for easy urban riding.

For him, the heat was not an issue even mentioning that it’s even hotter inside a jeepney. It was really the mental and physical preparedness that worried him.

Those days were hard in the hospital. Aside from the trouble brought by the new virus, the staff were dwindling. Many health care workers can’t go to work because there’s no way they could travel.

Bicycles became an essential tool for many of Joshua’s co-workers to reach work—some used old mountain bikes, small BMX or just random bicycles that had decent wheels just for them to reach work and treat the patients.

Cycling during the first few months of the lockdown was so easy compared to pre-pandemic days because he felt safe. Now that more vehicles are on the road, Joshua is thankful for the bike lanes even though they disappear sometimes.

This nurse was surprised that he enjoyed cycling daily from his former house in Sta. Mesa to UST Hospital in Manila and vice versa. Even now that he lives a few kilometers from work, he still can’t imagine himself not riding a bike whenever he goes out of his house.

He admits that he’s still afraid of riding public transportation because he sees that social distancing can’t be observed sometimes. We told him that if only we have many vehicles that would service the demand of the public, it shouldn’t be much of a problem.

Today marks the first year of Covid-19 lockdown in the Philippines, and sadly, we recorded 6,216 new cases. This is the highest since August 14, 2020.

Compared to last year when public transportation was totally shut down, we can say these days are fairly easier. With many options available to the public, people can relatively move better.

However, we have to take note that public transportation still can’t accommodate the general public, particularly in Metro Manila. While trains, jeepneys, UV express vehicles and buses are available, the numbers are still not enough—especially that they have to ensure proper social distancing and practice strict health protocols.

Cars are great but they are inefficient, congest the road and not everyone has it. Last June, the Climate Change Commission highlighted that 88% of households in Metro Manila do not own one.

For Joshua, he sees bicycles as a solution to ease his transport problems. A commute with a car or jeep would take him nearly half an hour to work but a bike can only cover five minutes.