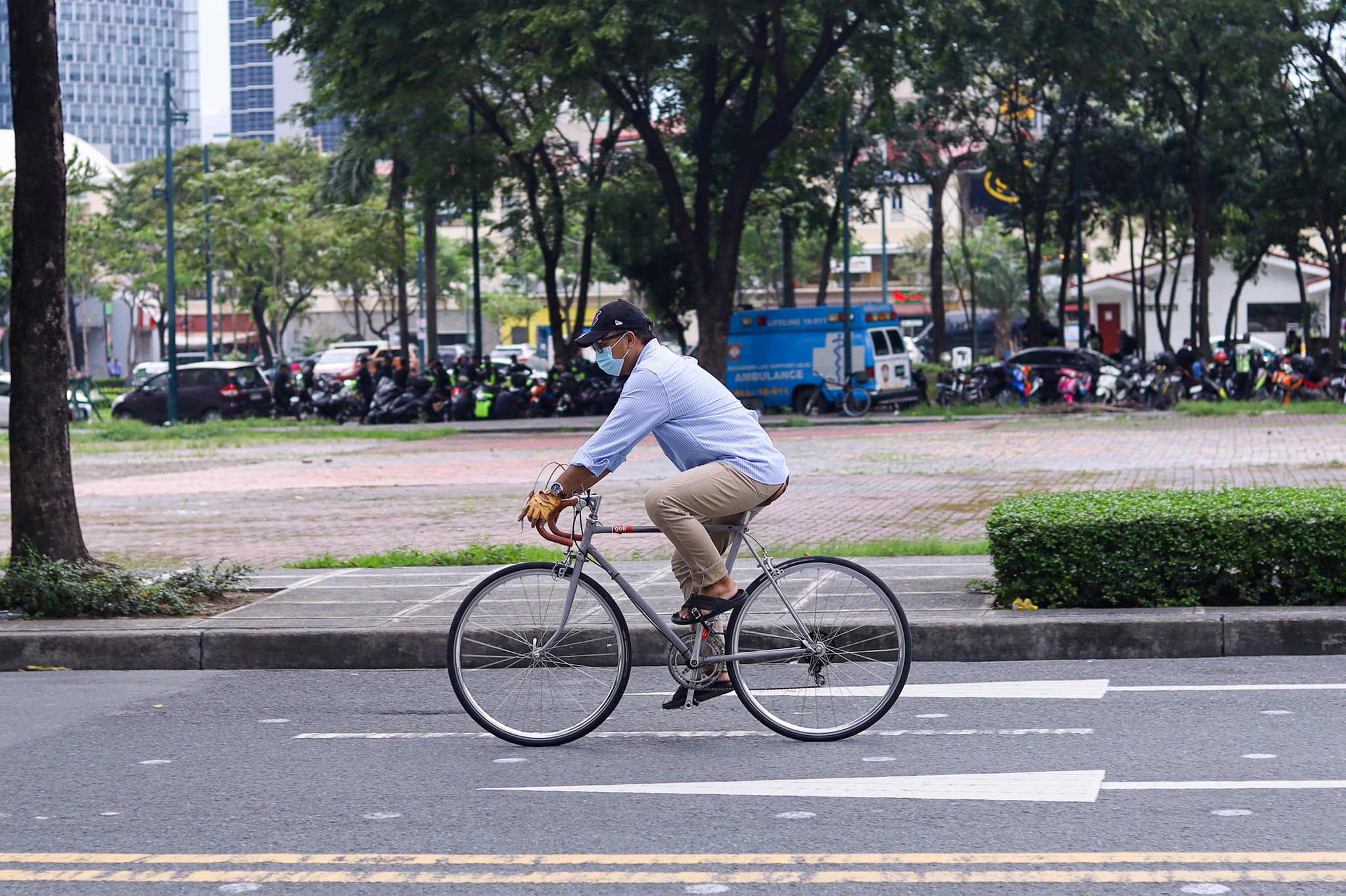 This awesome biketito got his classic bike for around 800 pesos only.

So far, he’s not having any problems with it. He added that it’s a “bakal bike” so after testing it on rougher roads of Metro Manila, it’s still good.

@biketitoph describes his bicycle as “bulok look” but hey, it has character and it’s a head-turner. He’s done a good job with it so far.

If you’re been browsing Metro Manila’s bike pages, there’s a chance that you have encountered @biketitoph. We think he’s funny, cool and super chill—just like the favorite uncle in the family.

So we asked him, why brand his social media bicycle page as “biketito?”

It works and we think that he’s nailing it. We particularly love his hashtag #titoknows. And in real life, John is really cool and his laugh is like those typical titos in pinoy movies. Contagious.

@biketitoph started a little more than two months ago and he said that it’s out of boredom. He just woke up one morning and randomly created the account.

The bike community in the Philippines is really welcoming. He recalled that he was once invited by classic bike owners for a ride. The trip should be fun but he was not able to join. The reason?

“Nakatulog na naman ako,” he said and then laughed.

He initially wanted to upload DIY videos about bicycles since he bought a bike that needs some fixing.

However, he’s not able to do it yet because he admits, with so much laughter, that it’s “nakakatamad.” Haha, see? He reminds us of the stereotypical favorite uncle.

Admit it or not, chill uncles in your family can give the best tips. And @biketitoph lives to that image.

We teased him and asked if he had already met biketita. He replied with a loud “hahahahaha!”