This cyclist made his own Twice cycling jersey

Cycling and K-Pop: this guy who used to play for a punk rock band loves this girl group so much that he made a jersey to show the world that he’s a proud fan. 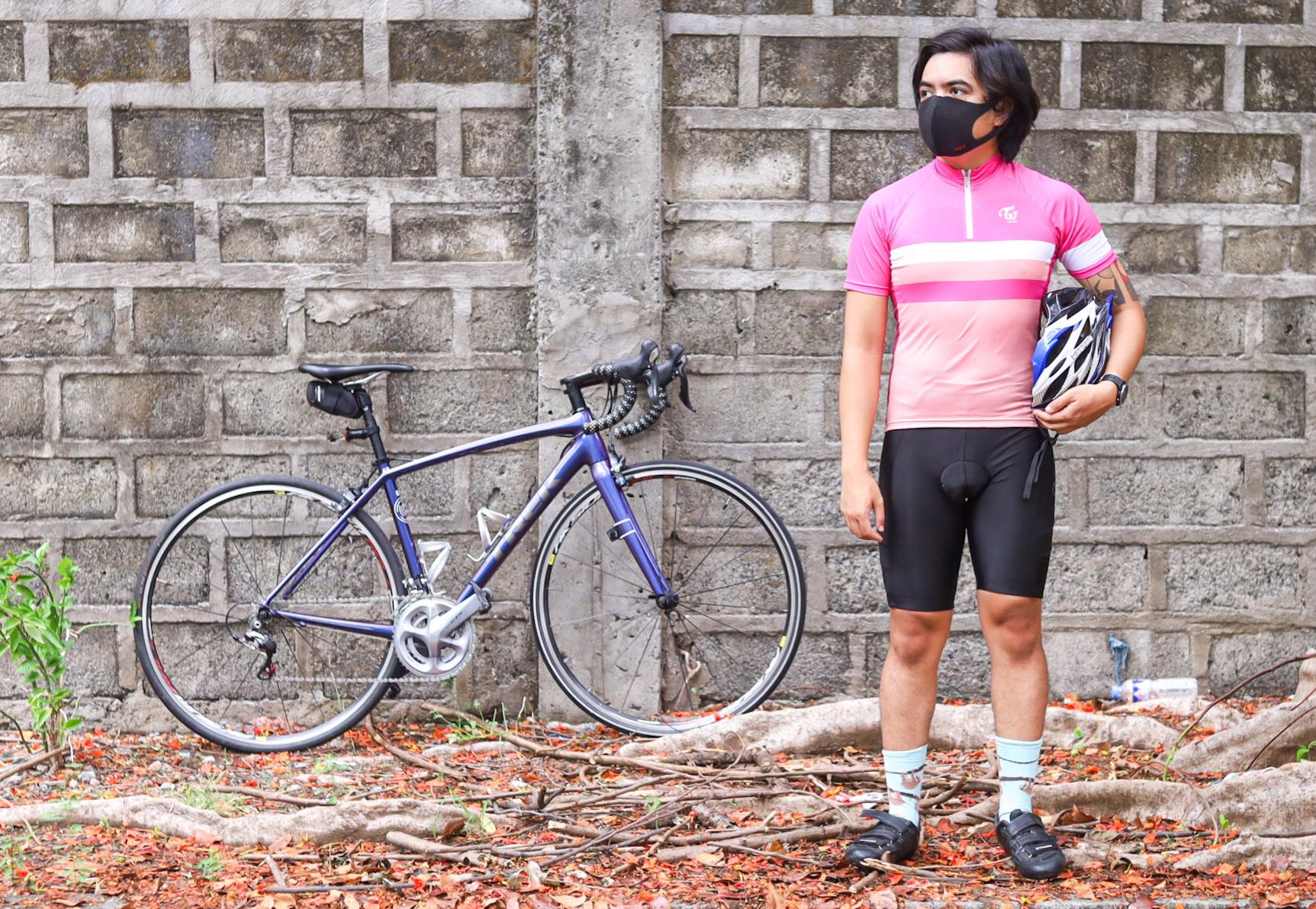 When creativity and the love for cycling jerseys hit Degs De Guia, he immediately thought that this would be perfect for him to make his own Twice fan merch. After all, biking and this K-Pop group are the two things that he really loves.

“Nakahanap ako ng templates of jerseys and I was looking into mga nicer ones. This jersey is inspired by the Brevet line ng Rapha,” he said. “I was really into Twice too so I mixed my two interests, cycling jerseys and K-Pop. Then naghanap ako ng supplier tapos bahala na, let’s try it.”

Composed of nine beautiful and talented members, Twice is a pop girl group from South Korea. They’re hit songs include “Feel Special,” “I Can’t Stop Me,” “TT” and “Likey,” among others.

This K-Pop group has an official merch called “Twice University” and they have Rugby shirts, perhaps the only sporty apparel that they have. So Degs, a cyclist, thought that it would be a great idea to just make his own jersey.

“It comes in the territory of being a K-Pop fan, particularly Twice. Kasi ‘yung fan culture talaga, they really make their own merch, own keychains, fan shirts,” Degs said. “I could have made a fan shirt, to be honest, but since I am into cycling ito na siguro ‘yung fan merch ko.”

Degs used to be a guitarist of a punk band and a drummer of an instrumental band. He was not really into K-Pop before, admitting that he had judgy looks towards this music genre. During that time, he said that he did not put an effort into understanding this kind of pop.

He added, “mas madaling mag-hate on something you don’t really know. When I tried it, I attended their concert, nasabi ko na gets ko na.”

The love for K-Pop came in 2019, during a low point of his life. He remembered that he was formally introduced into this world during a drinking session with two of his guy friends. They made him watch Youtube videos. There were so many groups but it was only Twice that stuck in Degs’ mind.

Well, aside from K-Pop, Degs is also interested in many other things like cycling. He biked during his adolescent days but stopped when he was in high school and college.

He was reconnected with a bike four years ago during a trip in northern Hong Kong four years ago. There, he rented a hybrid bike and toured around a riverbank. But it was an anime that rekindled his enthusiasm with cycling.

While the anime is about racing, Degs is not a competitive cyclist, though he wants to join at least one legitimate race in his lifetime. Back when he was still working in Taguig, he also used his bike to commute to work.

This guy took a break from cycling when his office transferred location and he became busy with his music and other endeavors. He got back pedalling again last year.

Degs now has a new bike, a beautiful Trek Emonda ARL. He tries to bike at least three to four times a week around the city or in nearby provinces.

When you look closely at his jersey and his bike’s stem, you’ll see the phrase “kind but not soft.” It’s actually from his bias, his favorite Twice member.

Note: the jersey is not for sale.