This barista bikes to work and treats it as her therapy 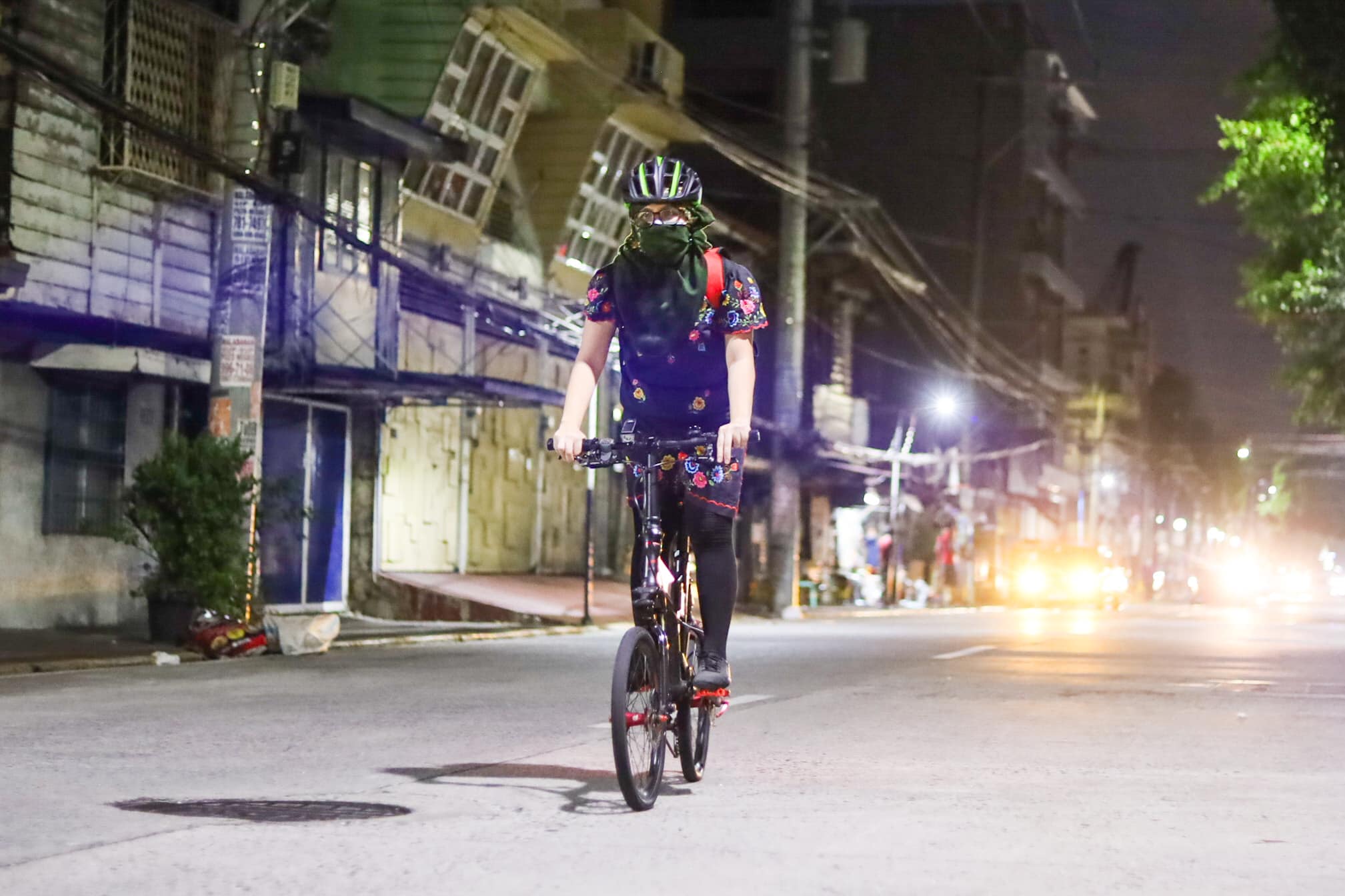 Cycling and brewing coffee are like therapy, according to this barista and pinay bike commuter. These are her ways of relaxation that give her focus because it calms her mind.

Like many people, commuting to work is something that greatly affects barista Maine Magno’s wellbeing. She has worked in Makati, Mandaluyong and San Juan and while she had a fair share of better days, some trips were just terrible. She lives in Valenzuela.

That scenario was out of desperation, a result of our poor transportation system and lacking public vehicles.

Maine now works in The Den, a coffee shop located in Escolta, Manila. Her commute is relatively better compared to her previous jobs. However, it became really difficult when the pandemic happened.

Maine was able to purchase a folding bicycle from marketplace app Carousel, a bike that had a sentimental value to a little girl who used to own it. According to Maine, the seller was forced to put it on sale because the family needed to pay rent.

She promised the kid that she’d take care of the bike. And Maine did, in fact, she even loved it that she’s considering bike commuting even if the virus situation gets better.

During our conversation, Maine admits that she’s hesitant to be featured on First Bike Ride because she admits that she’s a shy person. However, the opportunity to tell her story and maybe encourage more women to try bike commuting made her approve our request for an interview.

We agreed with her when she said that many women want to try bike commuting but are afraid to do it. While Maine has managed to build her courage over time, her mom was initially not in favor of this idea.

That’s why she got a folding bike. She followed her mom’s advice but she just cycles straight from home to work most of the time. Despite the non-existing bike infrastructure in her routes, Rizal Avenue and MacArthur Highway, Maine continues to bike.

The best assurance that she gave her mom was her prior research before actually biking to work. She read articles, joined helpful online communities like Pinay Bike Commuter and asked advice from friends who’ve been doing urban cycling. Plus, the mom-daughter tandem practiced in their village.

We accompanied Maine to Dangwa on her way home because she needed to buy flowers for her family. And we have observed that she’s actually confident on the road and she taught us cycling hacks such as where to position ourselves in certain roads of Manila for safety.

Maine is proof that women can bike commute and gender doesn’t have to be a factor for this activity.