Street photographer reflects after one year of cycling in Manila

Jilson, who has been documenting the metropolis for more than a decade, told us that cycling for a year made him realize that Metro Manila is small—that the cities are bikeable and that he wastes so much time being stuck in traffic when he’s inside a car. 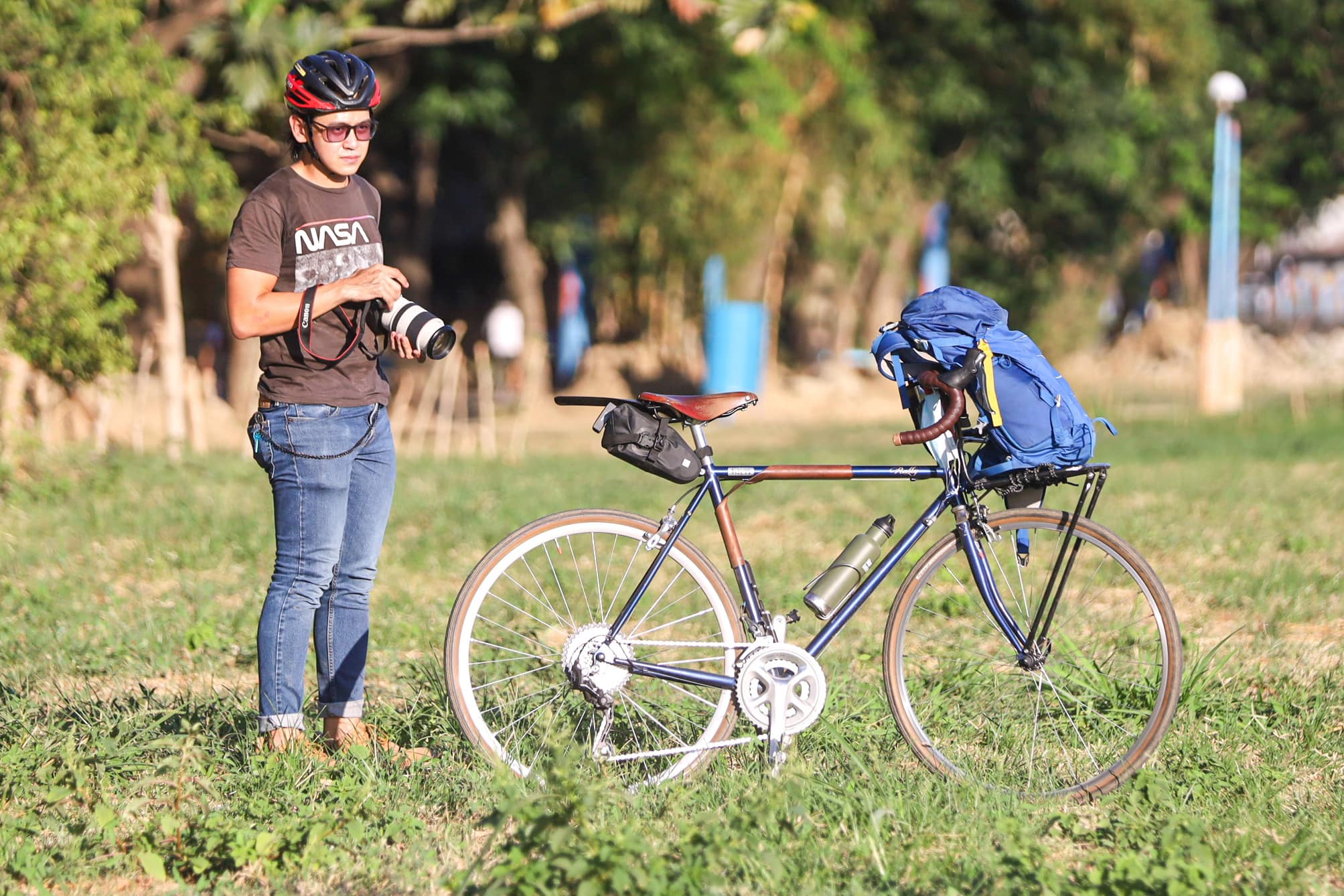 After one year of cycling in Manila, street photographer Jilson Tiu reminisces about his first bike ride and shares his realization as a bike commuter in the metro.

There was laughter as he looked back at his old photos taken during the day when he bought his first bicycle, it was May 17 last year. He got a blue Tern folding bike that he purchased at Quiapo for 19,000 pesos, more expensive than the usual price because it was during the time when the demand for this two-wheel ride was so high.

He was so excited that he managed to arrive at Manila Bay without even removing some cartons on his frame and the price tag. After more than two months of just walking around the city during the quarantine, he felt the convenience brought by the bike.

Cycling in Manila isn’t that hard after all, he thought.

The photographer was afraid to brave the thoroughfares of Metro Manila because he’s not that familiar with road rules back then, but he needed to move. It was necessity that forced him to ride a bike and learn traffic etiquette.

Cycling was like having freedom, Jilson noted. He managed to bike from Quiapo to Roxas Boulevard by just remembering the jeepney route that he used to take before the lockdown.

In a span of one year, Jilson managed to own four bicycles: a folding bike, a bamboo bicycle, a fixie and his current commuter bike. He had many set-ups and actually did numerous trials and errors until he finally achieved a comfortable ride that he prefers.

He told us that he is happy with his current commuter bike, a limited-edition Rally from Tern. And mind you, it’s beautiful.

Jilson, who has been documenting the metropolis for more than a decade, told us that cycling for a year made him realize that Metro Manila is small—that the cities are bikeable and that he wastes so much time being stuck in traffic when he’s inside a car.

“Why were we spending 2.5 hours going from Manila to other cities back then? Whenever I ride a car now, ang traffic pa rin,” he said. “Kapag pupunta ako sa BGC, mas mabilis pa ako mag-bike. Nandoon na ako in less than an hour.”

As a photographer, perhaps the biggest help that the bike gave him was mobility. After being paralyzed and limited, he was able to work and shoot from far places because he can now conveniently move because of a bicycle.

Imagine, he used to travel on foot during the start of the lockdown. There was even an instance when he walked more than 20 kilometers because he needed to take photos.

What he did was difficult, especially if you consider that he always carries big camera equipment and that our streets are pretty bad for pedestrians. “Naglalakad ako sa mismong kalsada na dinadaanan ng sasakyan kasi walang sidewalk,” he said.

He told us that he thinks that he’ll bike as long as his knees can still work on the pedals. This photographer liked it: he made some friends, it makes him healthy, he’s able to reach his destinations fast and it’s good for the environment.

And lastly, he saw Metro Manila differently because of the bicycle.

“Sa bike, you watch the city unfold. Iba yung feeling na ‘yun. Mag-u-unfold ‘yung city in front of you at masarap ‘yun sa feeling. It gave me a perspective of the city that I have never seen before,” Jilson said.