Having more numbers in your age doesn’t mean looking old. He likes to appear basic but he wants to have that “coolness” and “attitude.” 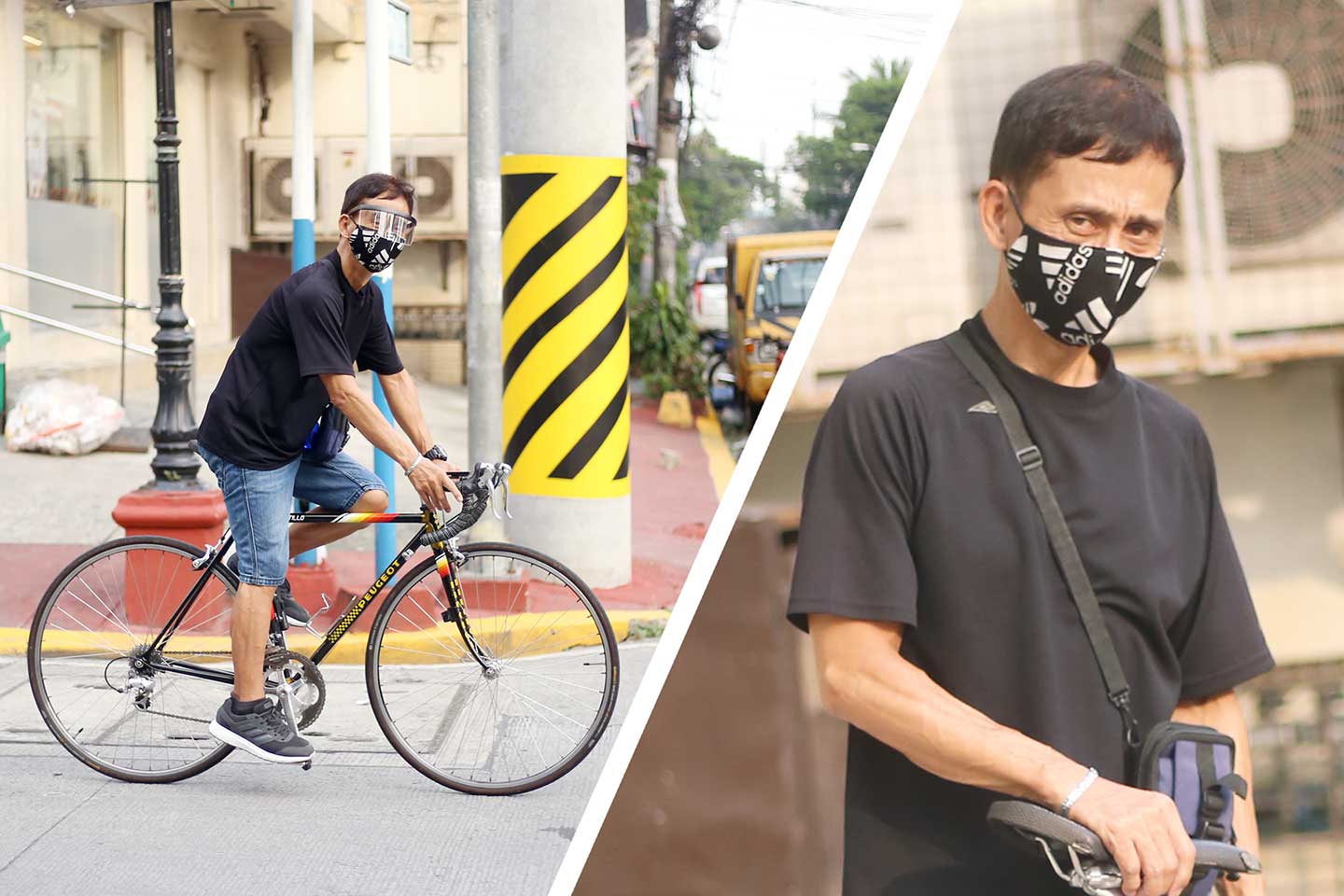 We saw him one afternoon cycling in Manila’s Dapitan Street. He was wearing a basic dark shirt, cargo shorts and black rubber shoes with his slick retro bike. After telling him that his bicycle looks good, he slowed down while pedaling and he just kept on talking about his ride.

“Nakuha ko pa ito sa America,” he told us followed by explanations on how he loves to bike in the States and in the Philippines. (I got this from America.)

His name is Jose Vives, a septuagenarian biker from Sampaloc. He didn’t want to reveal his real age and insisted that we should just believe that he’s young. But in the middle of our conversation, he admitted that he’s in his 70’s.

Instead of calling him “tatay,” “manong,” “kuya,” “tito” or “sir,” he told us that we should just call him “Boy.” Apparently, he feels young whenever people address him by his nickname.

It was fun hanging out with Boy because his energy never seems to run out. We wanted to know more about his cycling adventures in the past, particularly back in his teenage years or perhaps even when he was still “younger.” Unfortunately, his memory is failing him — all he can remember is that he loves biking.

(I used to have so many bicycles. Ever since I was young, I’ve been really into bicycles and I was already always cycling. I even go to Cavite even if I’m alone. Now, I just bike around whenever I go out.)

He tells us that he’s biking everyday now. Sometimes he takes solo trips but he prefers riding with friends or just anyone who asks him to ride.

Having more numbers in your age doesn’t mean looking old. He likes to appear basic but he wants to have that “coolness” and “attitude.” This time, on the day of our shoot, he didn’t have a helmet because it was recently stolen. He’s wearing a half face shield too because it serves as his cycling glasses. A sling bag and a watch was added to his attire too.

Aside from the vintage bike that already gives a cool vibe in his get up, perhaps the best accent in his overall look is his sparkling earring.

Boy loves the bicycle that he’s using now. It’s a black lugged classic bike, beautifully repainted with the name “JR Castillo.” It’s his friend, the cyclist told us. Among the many things that he likes about this ride, he’s particularly in love with the frame’s golden lugs.

(We went to America and brought this here. I changed everything except for the frame and saddle. We were in that country for a long time for vacation. I biked there.)

If not cycling, Boy just stays inside a small room above a parlor in Sampaloc. His family were asking him to move to the USA and stay there for a longer period of time but this man declined because he likes Manila better.

After our interview, he wanted to take us for a quick spin around the streets of the capital and maybe have more chat. Sadly, we had to decline his offer because we had to go and finish some of our tasks for the day.

We’ve been meeting so many cool septuagenarian bikers and we hope to ride with them soon!