She feels safer when she rides a bike with her girlfriend 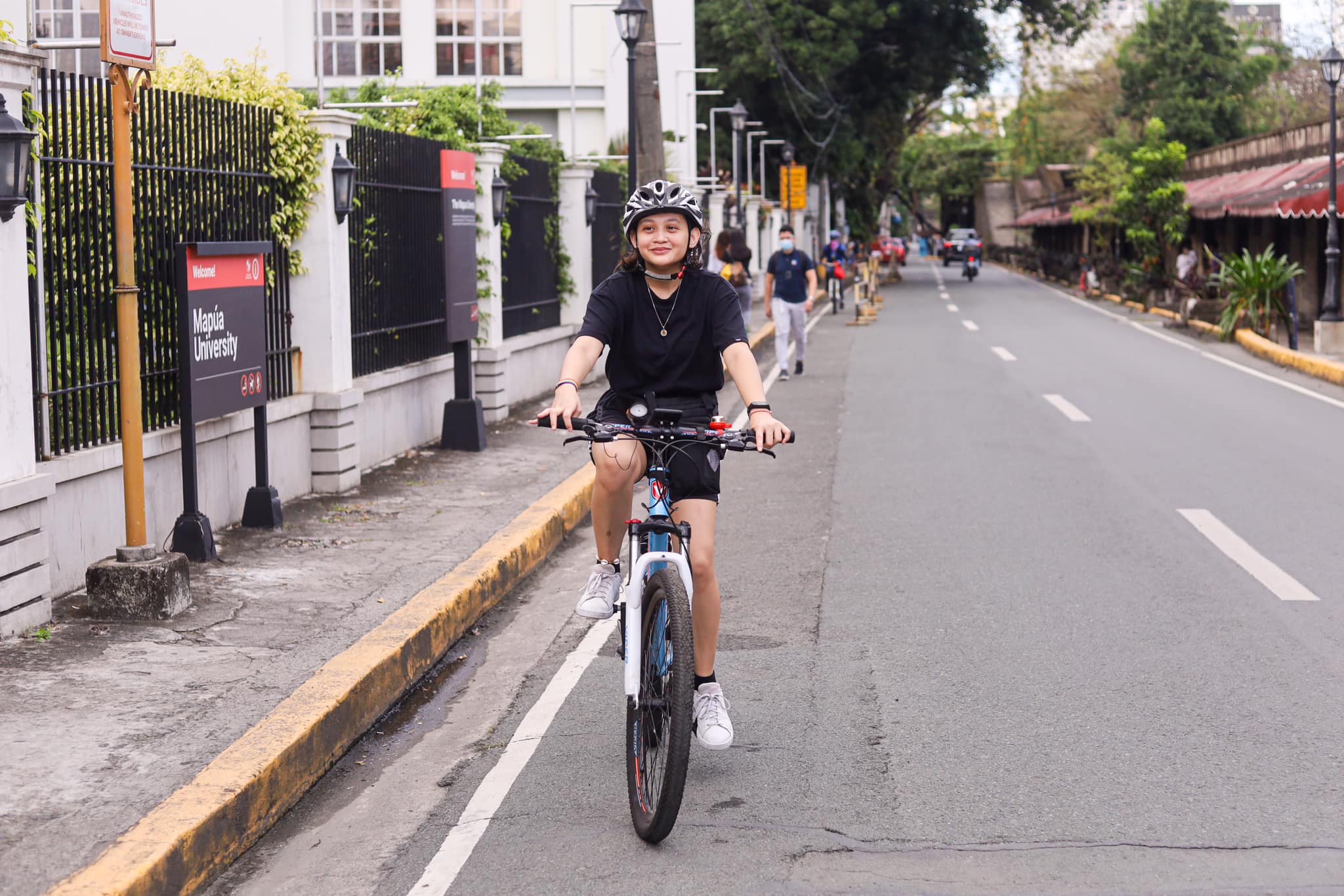 Her girlfriend makes her feel safer when she’s on the road — especially knowing that there are catcallers and disrespectful men who would get in the way of her good mood while riding a bike.

Alicia De Vera jumped into the bicycle lifestyle because she saw how her girlfriend was enjoying cycling. She recalled that she’s sometimes left in their condo unit while her partner goes out, riding a bike.

Last December, her mom finally gave her a bicycle as a Christmas gift. Alicia is now hooked and she usually rides with her girlfriend.

This biker admits that riding a bicycle, while she enjoys it, can be difficult especially when she’s alone. There were moments when she felt uncomfortable while on her wheels because of disrespectful men.

There was a time, she said, when a big truck came close to her and the driver started hissing. Another instance was a cabby who put his windows down and shouted “miss, miss” just to get Alicia’s attention.

It was also alarming when she experienced a kid touching her saddle while she’s waiting for the green light. What’s worse is that the men in the area started cheering for the young boy, as if they were encouraging the rude act.

Here’s a reminder to everyone: learn to respect other people. Giving uncalled comments towards women is harassment. Let’s educate our friends and family members about this so we can have a road that’s free from violence against women.

Despite these unfortunate events, Alicia still rides her bicycle.

“Though sometimes it’s discouraging, why would you let it bring you down if you’re enjoying it. You get to go to places with a bike. Dati magka-car kami tapos you have to think of many things like parking and traffic,” she said.

That’s amazing, right? To have someone who’ll make us feel comfortable. Although of course, it is still a lot better if we can ride our bikes alone safely.