Meet Robi Goco, the doctor documenting the bikers of Manila during his bike commutes

The bicycle humbled Robi and made him feel that he’s one with every Filipino who uses a bike as their mode of transport. 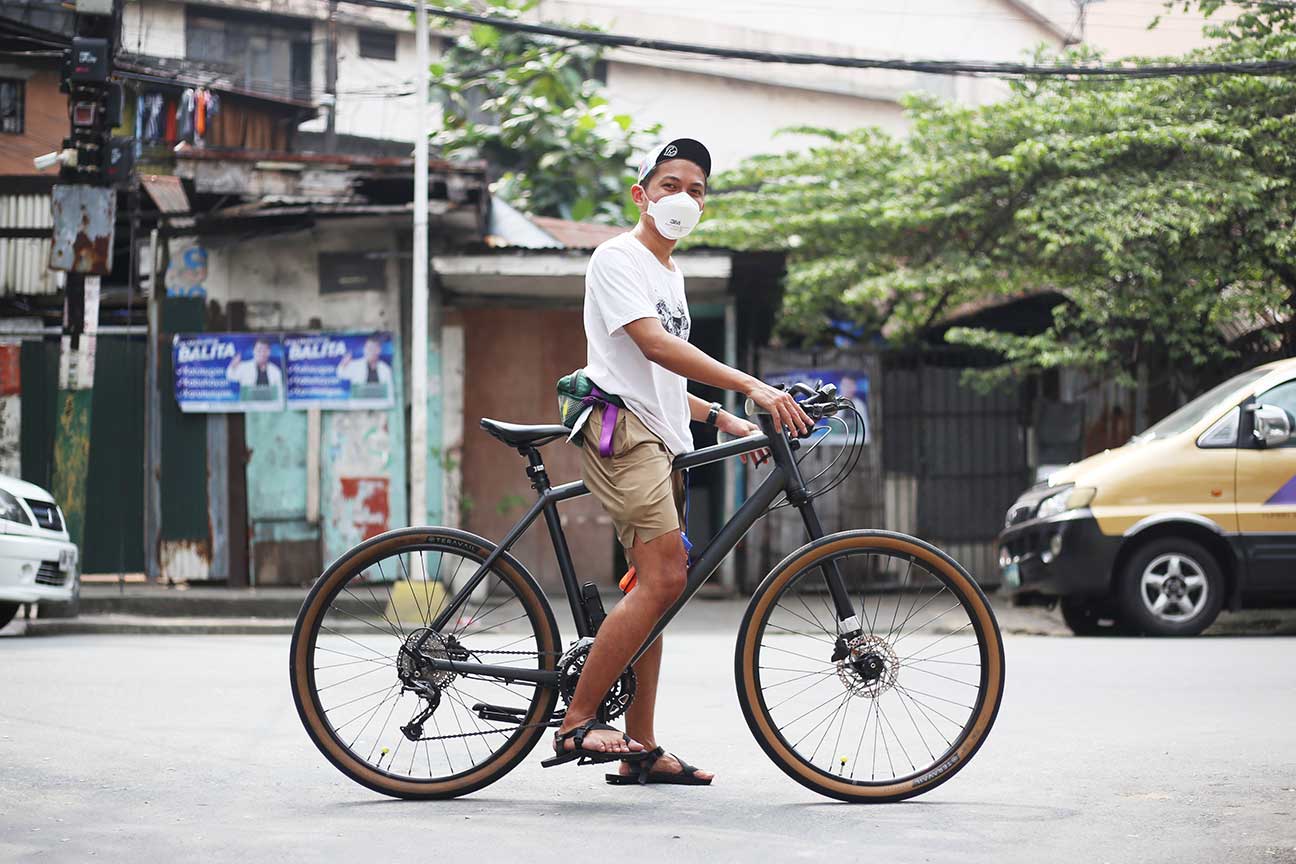 He gets his smartphone from his pocket and starts filming the cyclist in front of him. It’s just a short 15-second clip that he uploads on his Instagram page @bikerbacksph, making it part of his collection of videos that showcase various interesting bikers of Metro Manila.

His Instagram page is mysteriously fascinating even if it’s just a simple pile of videos that shows the back of a biking person, mostly commuters, in the city. In a way, it gives a glimpse of how it feels like to be traveling in Manila with a bicycle.

“I want people to see how it is to bike commute everyday and how it is to many bikers out there,” Robi Goco told First Bike Ride. “Sa mga oras na ginagawa ko siya, ‘yung mga bike commuters ‘yung nasa labas.”

Robi is an infectious disease doctor in a prestigious hospital in Makati and he bikes to work from his residence in Manila. This biker works six days a week, though he admits that he also takes a day off from the saddle from time to time. His journey is around 20-30 minutes of cycling from his house to the hospital covering eight kilometers.

He’s a pandemic biker, Robi quipped. During the early months of the community quarantine, he was taking the hospital’s free shuttle. However, it always leaves at four am near his house which was way too early for his day’s shift. That’s why, around May 2020, he chose to ride a bicycle for personal mobility.

When he’s going to work, he’s just wearing the usual biker’s attire — shirt, sandals and cycling cap. The doctor is very thankful that his hospital has shower facilities that allows him to freshen up and change to his professional clothes.

Being an infectious disease doctor in the time of a pandemic is not easy. Perhaps he belongs to the busiest department of his hospital. But even though it can be hard sometimes, especially back in 2020 where patients die at an alarming rate, he said that he’s managing. Well, it’s also nice that he has incorporated biking as part of his routine.

When he’s not bike commuting, Robi would use his bicycle to go around and relax at coffee shops. When he was still actively using a fixed gear, he remembered joining alley cats and hanging out with friends who are fixie riders.

Before the lockdown, when he was still not cycling, he was supposed to get a car that he’ll use in Metro Manila. But due to the logistics nightmare that time, it did not happen. We asked him why he still chose to bike despite the easing of restrictions and opening of public transportation.

After cycling for nearly two years now, with the creation of his Instagram page, Robi realized that Metro Manila is a small metropolis, it’s bikeable and that there are more bicycles than cars on the road.

The bicycle humbled Robi and made him feel that he’s one with every Filipino who uses a bike as their mode of transport. He said that as someone who is on the privileged side of life, it makes him want to fight for the cyclists who need to be safe on the road.