The street photographer who captures the surreal, weird and funny during bike rides

The photos of Ian Babista are ironic in the most satisfying sense. Some of his images will just leave you dumbfounded, if not laughing. 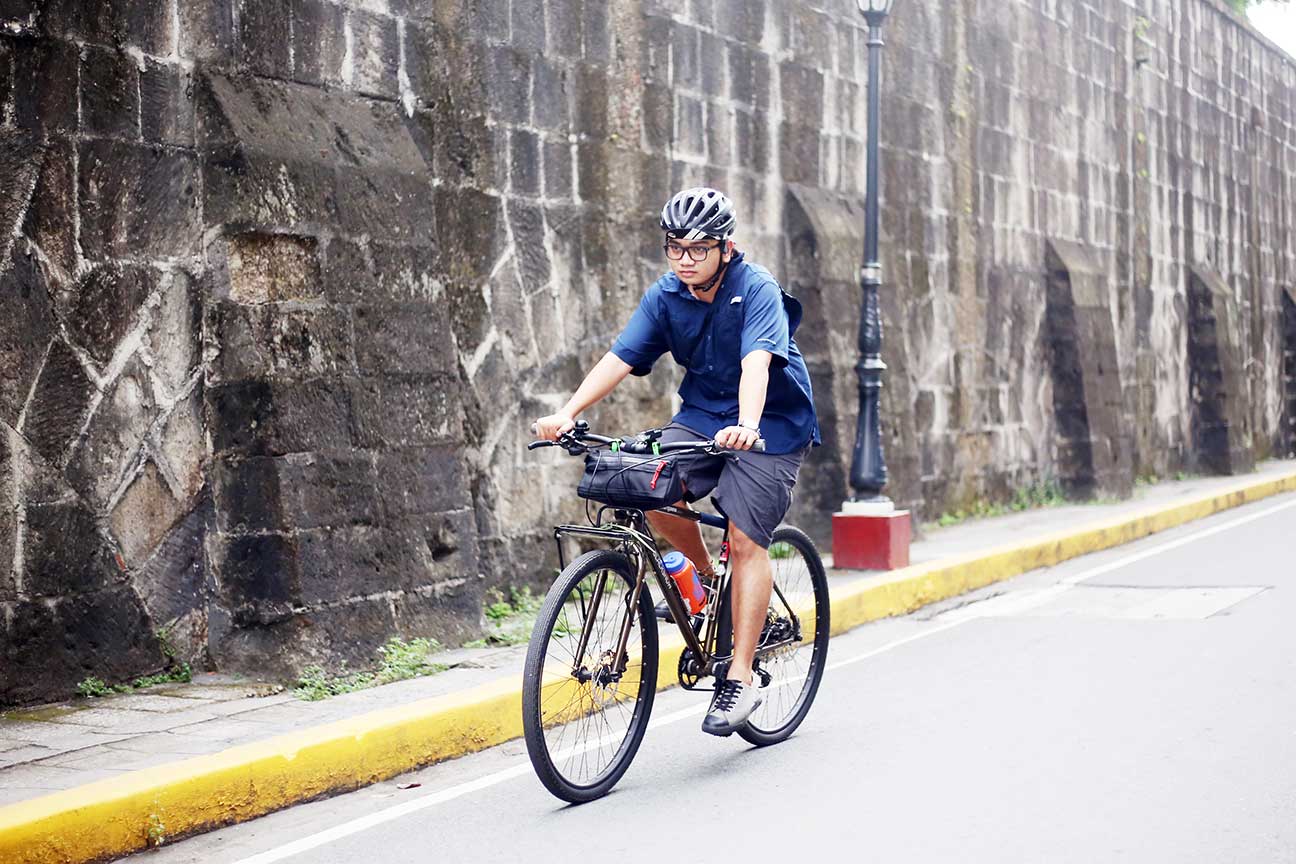 Ian Babista finds the most fascinating images in what seems to be an ordinary scene. His photography is not over the top and holds no pretensions, sensationalism or drama. It’s not trying hard to please — what you see is what you get.

And what you get is good shit, really. He’s basically doing street photography and he takes our streets to his audience in its purest form. Metro Manila is painted as it is, what it really looks like out there.

His photos are ironic in the most satisfying sense. Some of his images will just leave you dumbfounded, if not laughing.

On his Instagram, you’ll see a green cow. There’s a puppy balancing at the back of a motorcycle. A random no marijuana street sign. Men randomly lying down on the sidewalk or doing push-ups. Or a picture of a sexy actress peeking from a truck’s door.

He’s a professional video producer and photographer working for a politician so taking random eccentric pictures affords him to take a break from work that pays the bills. For Ian, street photography feeds his soul and he thinks that biking perfectly complements the kind of art that he does.

This photographer only started biking during the pandemic, a few months after the lockdown was imposed in Metro Manila. He’s based in Taft and he originally wanted a bike for personal mobility because he found it hard to do groceries without using public transportation.

Ian said that he needed to go out too for his sanity and he believes that cycling is the safest way to be outdoors and travel around the city. He never imagined that he’d use it to commute to work until his workmate who used to fetch him from his home to office passed away.

He’s been cycling for almost two years. He initially had a mountain bike but he’s now using a gravel bike going around Metro Manila. Like many others, he had this realization that cycling in the city is not as hard as he imagined it to be.

For his photography, he brings his trusted mirrorless camera. But most of the time, he told us that he just uses his iPhone when capturing photos while biking.

We asked him what’s his favorite place in Metro Manila, the area where he finds most interesting.