“Recently, the night rides became like a bit of mental pause from not just doing anything from work because work has been getting crazier. From 9 am to 8 pm, you’ve been thinking about it and the things you have to do for the week. Then you are stuck there.” 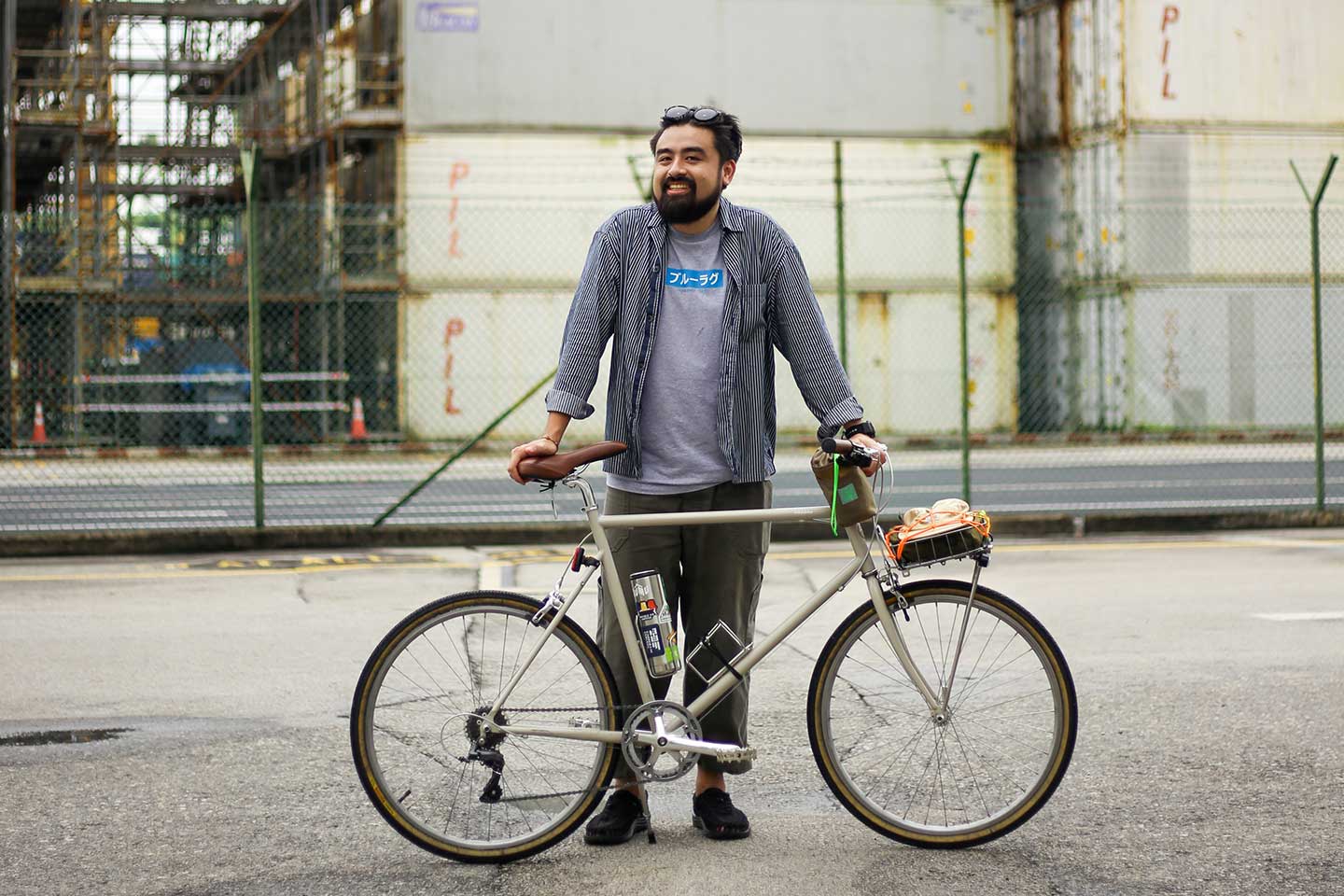 Everything seems so fast in Singapore. Cars and buses are swiftly zooming along the road. On busy streets, pedestrians are walking like everyone’s having a deadline. Public amenities are quick and efficient. And of course, there’s high-speed internet everywhere.

For art director Patrick Elicaño, a Filipino who grew up in this small country, there are times when he needs to slow down in Singapore’s fast-paced environment.

“Everything is just moving so quickly here in Singapore. Riding a bike for me is riding at my own pace, riding safely in my own space,” Patrick told First Bike Ride. “Cycling is more than a hobby, it has become a lifestyle. It’s like slow-paced living here in Singapore, I would say.”

Patrick started biking in mid-2020, at the height of the pandemic, as an escape from the burdens brought by the lockdown. He needed the sun, he quips, and added that he feels sick whenever he works from Monday to Friday and can’t get out of his house.

The idea of him cycling during the pandemic came from a friend who invited him to try biking since it’s an outdoor activity that’s not restricted. Back then, he didn’t have a bicycle and it’s a good thing that there was a bike shop who had bikes for rent. It doesn’t matter if he spends 25 SGD a day, he noted, as long as he gets to ride, he’s good.

“I would always go to cafes like Two Men Bagel House. I’d order take out, go to the park and sit there on my own and eat. It became a regular routine. I would do that so I can have mental space to myself and get fresh air,” he said.

His officemates eventually knew him as the “bike guy.” So during his birthday in September 2020, they gifted him a bicycle. Little did they know, Patrick was already saving up for his personal vehicle, a city bike from Tokyo Bike that he’s been eyeing to own since he was a teenager.

Even though he’s getting his own, the gifted bicycle was not left unused. Patrick rode it for a month until he finally purchased his Tokyo Bike. He then lent it to his girlfriend April Luistro who’s learning to cycle at that time.

From cycling alone, Patrick can mostly be seen biking with April around Singapore, mostly after work hours. They said that their favorite route was going around the promenade and passing along Marina Barrage and Stadium at night. The kind of cycling that these two cyclists enjoy is biking to eat or hangout.

“I think it has become part of our lifestyle. For us, we ride to eat. In figuring out our route, we ask ourselves: where is our coffee or food spot for the day? We will pick and adjust the route accordingly,” he said.

The art director added, “Recently, the night rides became like a bit of mental pause from not just doing anything from work because work has been getting crazier. From 9 am to 8 pm, you’ve been thinking about it and the things you have to do for the week then you are stuck there.”

He’s glad that April is now more confident in riding around Singapore. He said that it’s nice that he gets to share something he enjoys with his girlfriend and he’s excited for them to explore more places, in and out of the red dot, with two wheels.

The couple recently went to La Union and Bantayan Island where they get to rent bicycles and travel around. It was something that both of them enjoyed because they managed to connect with the places more compared to traveling with a car or a faster vehicle.

We asked Patrick about his cycling goals now that he’s been cycling regularly for more than two years.

“Like in the Philippines, I hope we can have that kind of coffee bike scene, that’s what we want to see here,” he said. “And it’s been a year since April started to bike so it’s also to really bike together and ride in every country that we go to, to try to integrate this lifestyle to other countries.”