Truck driver: “If a driver is a biker, he’ll give way”

According to Boyet, many drivers think that cyclists are a nuisance on the road. They don’t realize that people on bicycles are road users too that need to travel. 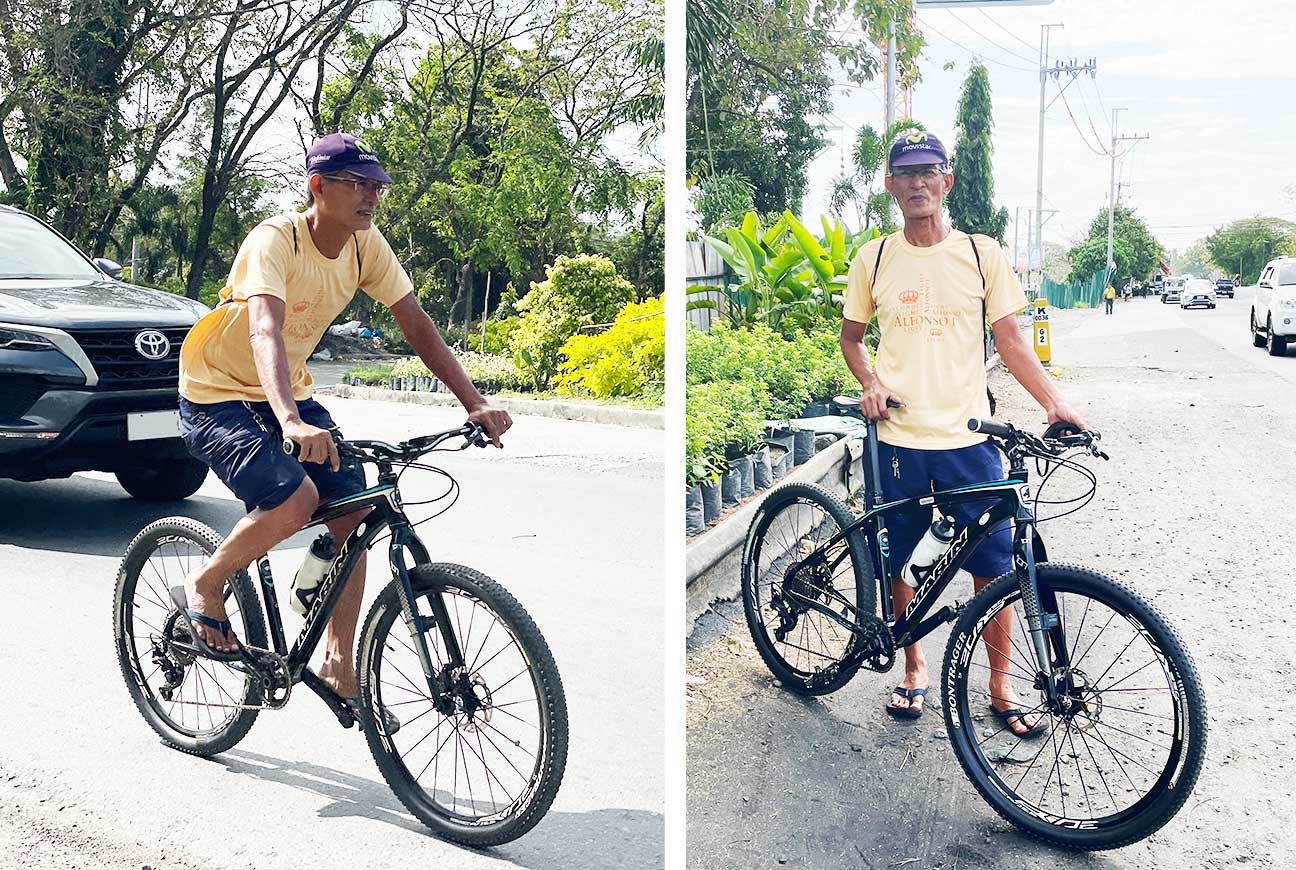 On New Year’s Day, I met 59-year-old cyclist Noel “Boyet” Censon when I was traversing MacArthur Highway in Bulacan. He was going to Guiguinto while I was cycling to Bustos. He realized that I was unsure of the direction so he gave tips on how I can easily navigate my way to my destination.

During our conversation, he mentioned that he was meeting a friend who’s probably still asleep that morning. Even if there’s no assurance of a show up, he still cycled because he wanted to exercise on the first day of the year.

(Bike is life. I bike to have a fitness activity. I use this for recreation and for my commute. I’ve been to Floridablanca recently and to Sierra Madre as well from Bulacan.)

He told me that he used to bike to work from Bocaue to Tondo twice a week. He’s a stay-in truck driver who only went home during his day off. He said that he prefers to bike rather than commute because drivers don’t get enough physical activity.

(Most drivers, they drink or bet on cockfighting when they’re not driving their trucks. They don’t even play basketball. In a bicycle, there’s fitness.)

While we were cycling, an old lady sitting inside the jeepney got mad at us because we were slower than the motorized vehicle. She’s getting impatient because the driver can’t seem to immediately stop for a passenger who needs to go down.

According to Boyet, many drivers think that cyclists are a nuisance on the road. They don’t realize that people on bicycles are road users too that need to travel. He noted that those people who drive but ride a bike are different.

(A driver who’s not a biker can side sweep a cyclist. They don’t care about them. Now, if the driver is proper, he’ll give a bit of distance. But if a driver is a biker, he’ll give way to the biker because he knows what it feels like to be on a bicycle.)

Boyet has been cycling even when he was a teenager. Although he said that there are moments when he’d stop biking, he still goes back because it’s something he loves. He’s proud to say that he won races back when he was younger.

His wife tells him that he should get a motorcycle (he doesn’t want to buy a car because he can’t afford it and maintenance is too expensive). However, Boyet said that he prefers biking over a motorized vehicle because there are checkpoints and gasoline is an additional expense.

(A bike is expensive but you see where you spend your money. Unlike when you use your money on a beerhouse. It’s like depositing money in the bank but there’s no withdrawal.)